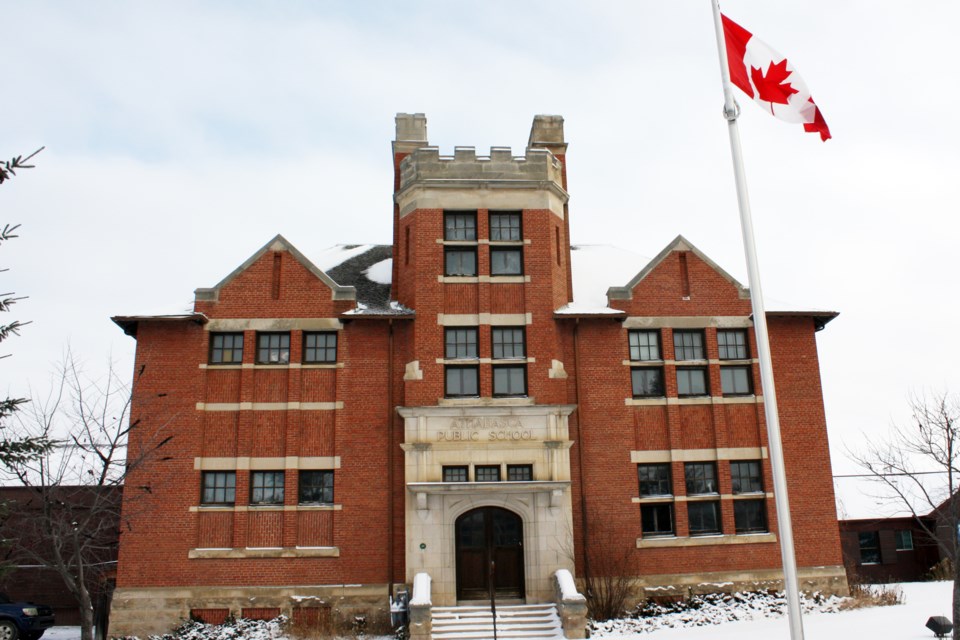 The Athabasca Public School, affectionately known as the Old Brick School to locals, will be recognized as a provincial historical resource, pending a 30-day advertising period in the Government of Alberta's Alberta Gazette. Chris Zwick/AA

ATHABASCA — The ‘Old Brick School,’ as it is commonly referred to in Athabasca, is on the verge of being designated as a Provincial Historic Resource.

At the regular Town of Athabasca council meeting Nov. 3, information provided by Alberta Culture, Multiculturalism and Status of Women assistant deputy minister David Link outlined the process and the next steps that need to be taken to have the building protected.

“The staff of Alberta Culture, Multiculturalism and Status of Women have evaluated the Athabasca Public School in Athabasca, Alberta, and determined that it merits designation as a Provincial Historic Resource pursuant to Section 20 of the Historical Resources Act,” Link said.

Attached to the letter was the Notice of Intention to Designate a Provincial Historic Resource and an explanation of the obligations and consequences following designation.

“We now have the first step towards a historic designation for the Brick School,” said mayor Colleen Powell. “What happens now is it goes into the Alberta Gazette and people can write in and say that this is a great idea or, ‘No, don't you ever do this to us.’ And assuming there's no negative responses within 60 days, it'll go to the minister and then when (Minister Leela Aheer) has time, stamp it and it's done.”

As the letter was dated Oct. 14 – barring any letters of objection and depending on when it is published in the Alberta Gazette, the official newspaper published by the government – the designation could come just in time for Christmas but the municipality is now compelled to obtain prior permission before commencing any proposed work that may disturb, destroy, alter, restore or repair anything regarding the school or remove a historic object.

“For a period of 30 days following the date of service of the notice to you and the date of its publication in the Alberta Gazette, you or any other interested person who wishes to make a representation against the proposed designation may so advise the Minister,” said Link.

“We might want to think thoughts about putting together a document,” said Powell. “My understanding is that work we do on the building in terms of utilities is no longer grantable, but you can use the money you spent to match the grant; that might be useful for us. So anyway, we can start that process and I think this should definitely be on retreat.”