Hockey and ringette are done for the year 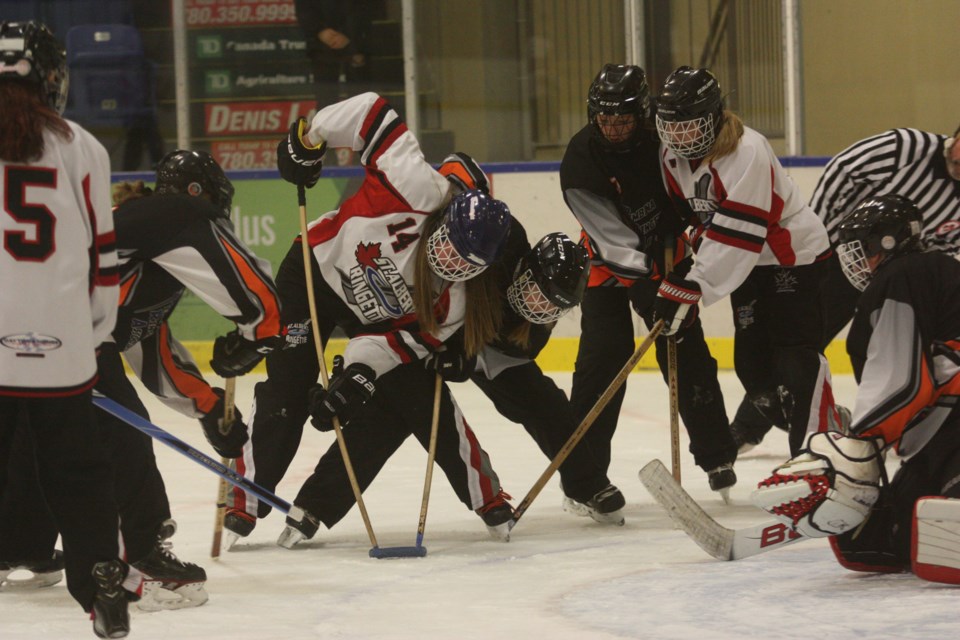 Westlock's minor hockey and ringette seasons are over due to the continuing provincial COVID-19 restrictions in place.

WESTLOCK – The minor hockey and ringette seasons that began with so much hope and promise in the fall have come to an abrupt end due to the continuing provincial COVID-19 restrictions.

Both Westlock Minor Hockey Association and the Pembina Ringette Association confirmed last week that their seasons, which have been on pause since late November, are now over — minor hockey was officially scrubbed following Hockey Alberta’s Feb. 1 announcement to cancel the remainder of the year. And although Ringette Alberta has yet to make an official announcement, Pembina Ringette president Janice Tymkow said the association decided to call it a year at an executive meeting held Feb. 1.

Starting Feb. 8 as part of Step 1 of Alberta's "path forward," children's sports will be allowed if they are related to school activities, but group and team sports will not be permitted.

The province says Step 2 will include "further easing of indoor fitness and children's sport and performance," but it's unclear if that includes team sports meaning the earliest they would have been cleared for a return to play was March 1, if restrictions eased.

In addition to the provincial measures, both groups would have faced an uphill battle to restart as the Town of Westlock announced Jan. 26 that it will not be putting ice back into the Rotary Spirit Centre until the fall.

Minor hockey president Aaron McNelly said Feb. 4 that they’re obviously disappointed and believes there’s a bit of a double standard at play as hockey academies in the city continue to operate. School sports were given the green light to restart Feb. 8 following the province’s lifting of a variety of restrictions Jan. 29.

“It’s too bad, but it is what it. I’m a supporter of (premier Jason) Kenney but I do not support his decision on this one that’s led to the cancelling of hockey. The academies are still going … so if you pay $40,000 to go to school then you can play?” said McNelly.

“To me if you’re going to shut it down, shut it all down and don’t allow the  high-rollers to just keep playing.”

Ringette president Janice Tymkow said their decision was made following their Monday-night executive meeting —the Black Gold League has a Feb. 8 meeting when it will decide whether to cancel the remainder of the year.

“We had to be realistic and know when the end was the end and start looking forward to next season and start that planning process,” said Tymkow, noting that a lot of neighbouring ringette associations have also cancelled their seasons. “It’s hard saying it’s the end of the season, yet I’m happy to know people are thinking about us and hockey and thinking about how to make things better for next year.”

As for a refund on the fees parents paid, McNelly said they’ll start working through the process and be in contact with parents. Tymkow said before they start issuing any cheques they’ll need some more information back from Ringette Alberta and the Black Gold.

“There is money that we put forward on team fees to the league and insurance and so on. So we won’t know any concrete answers on refunds until, I would guess, mid-March,” said Tymkow.

“For us there were ice fees and ref bills and we did participate in league play for a six-week session. So we’re not trying to avoid the subject, it’s just about knowing what we have to give back. We want to be as transparent as possible and to let people know and then give them the option of whether they want a refund, or even a credit for next year.”