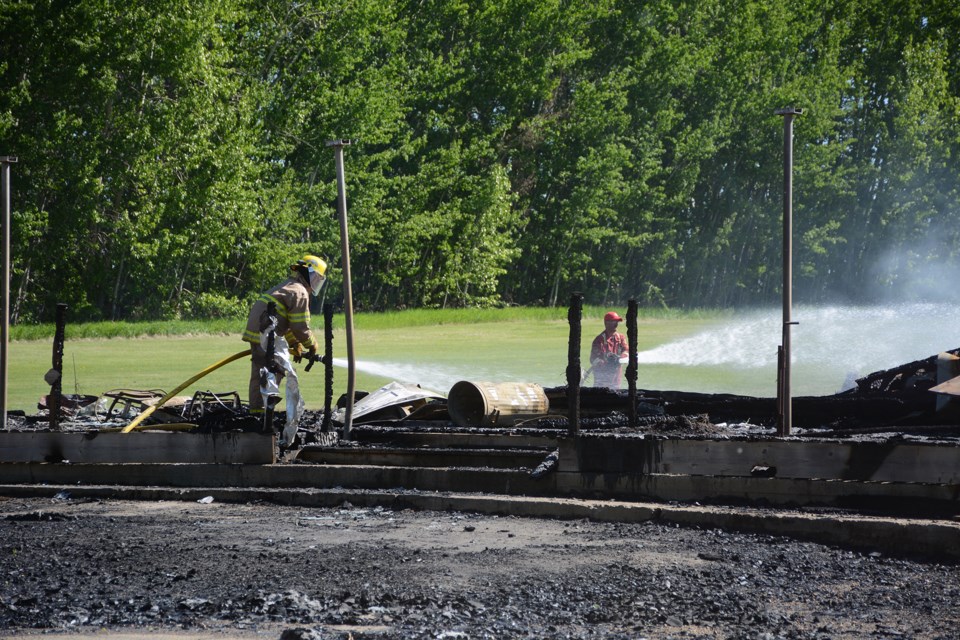 The RCMP has taken over the investigation into the origins of the June 1 Jarvie General Store Fire, citing unusual circumstances.

JARVIE — The June 1 Jarvie General Store fire that burned down the entire building is being investigated by the RCMP.

Westlock County manager of protective services John Biro confirmed July 17 that the circumstances of the fire have prompted police to take over the investigation.

Although the cause is still undetermined, "the only time RCMP take over is under certain circumstances, that there may be … some indication that it is a suspicious fire,” said Biro.

"It would be the people on scene, and probably the statements of witnesses, what they heard, it seems kind of unusual,” he said.

“Just based on that alone, the scene, I mean people are living upstairs and there's nothing readily that can be seen that would cause a fire.”

Right now, Baird says it’s impossible to put a timeline on the investigation. Until the fire investigator is done—and dependant on what kind of lab work is necessary and how fast labs can work given the COVID restrictions—the police is still calling this an investigation to determine cause.

"We investigate like it would be an arson until we can determine otherwise," said Baird.