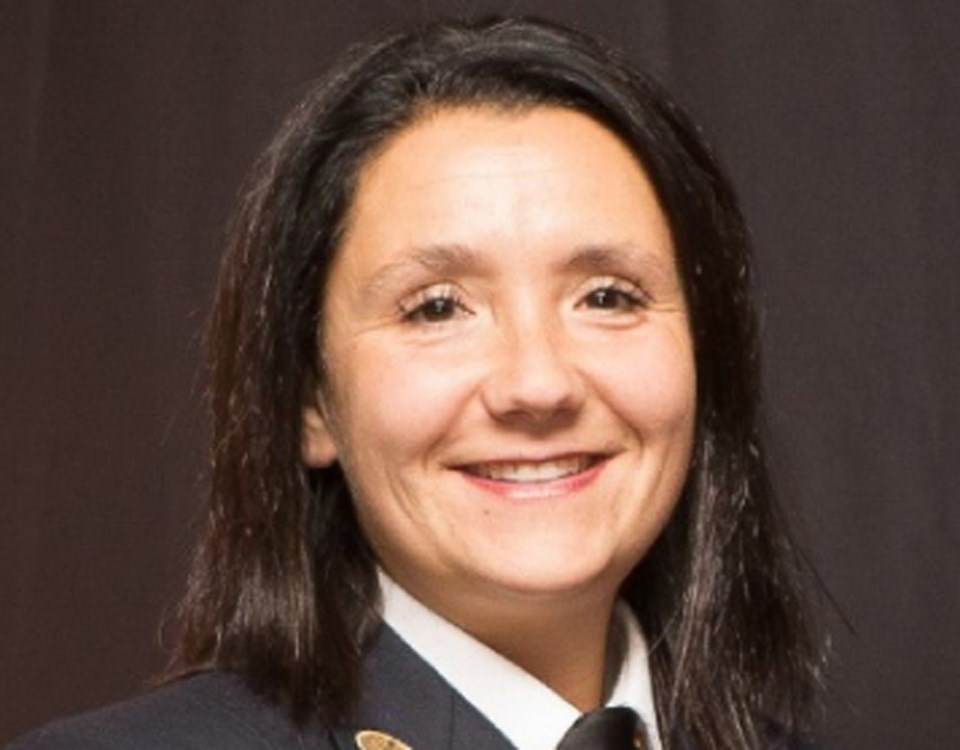 Joanne Plamondon has received the 2019 Town of Westlock Fire Fighter of the Year Award, an honour that couldn’t be handed out last year due to COVID-19. It’s the second time Plamondon has won the award.

WESTLOCK – Joanne Plamondon, a woman who worked tirelessly as a Town of Westlock Fire Department volunteer firefighter for a decade, has received her second Firefighter of the Year Award.

Joanne, who moved away from Westlock in the summer of 2020 along with her husband Darcy and son Jesse who were also town firefighters, received the 2019 award during town council’s May 24 meeting held via Zoom. Town fire chief Stuart Koflick said they had hoped to present the award last spring, but due to COVID-19 a formal, in-person ceremony was out of the question — at least a half-dozen firefighters did attend the Zoom call to witness the presentation.

“As a lieutenant Joanne had an increased level of responsibility in the fire grounds and operations of the department. This however did not dissuade her from ‘extracurricular’ opportunities,” said Koflick reading from Plamondon’s nomination. “Joanne was consistently involved in food bank fundraising efforts; she was heavily involved in organizing every Christmas party and she was passionate about helping kids and organizing for awareness week.  Joanne’s passion for fire was heavily influential in her son’s decision to pursue EMS and firefighting as a career. My time on the department has been more enjoyable and educational because of Joanne Plamondon.”

Plamondon graciously accepted the award and said it was a pleasure to serve with such a dedicated group. In a follow-up interview, Koflick said they’ve still got the 2020 Firefighter of the Year Award to be handed out and he’s hopeful they’ll be able to do an in-person ceremony, depending on COVID-19 restrictions.

“I want to say thank you very much for this honour. Everything I did on the fire department was not solely for myself and I was only as good as the team I had beside me. I just want to thank every other firefighter on the department that made me who I was and allowed me to be the role model that I could be for them,” said Plamondon to a round of applause.

Koflick said the award is presented to an individual who best exemplifies the positive characteristics of a firefighter and has a notable record of service and achievements.  Although not an award for heroism, the honour is presented to a person who has given selflessly of themselves in support of the department, the fire service in general and the community.  Nominees, he noted, are evaluated with special attention to dedication, loyalty, productivity and professionalism.

“When I read this and look at the positive characteristics that this award exemplifies it certainly describes you very well and your dedication to the department,” said mayor Ralph Leriger, while individual councillors also chimed in with congrats. “On behalf of myself, council and the whole community I really want to congratulate you and thank you very much for your service.”

Added Coun. Murtaza Jamaly: “In the last little while we’ve missed out on the opportunity to celebrate the fire department and the work they do. And I don’t want to take away from Joanne as this is your moment in the sun, but I also want to recognize the fire department as a whole and say that we appreciate the work you all do.”