Local municipalities to receive over $4M for infrastructure 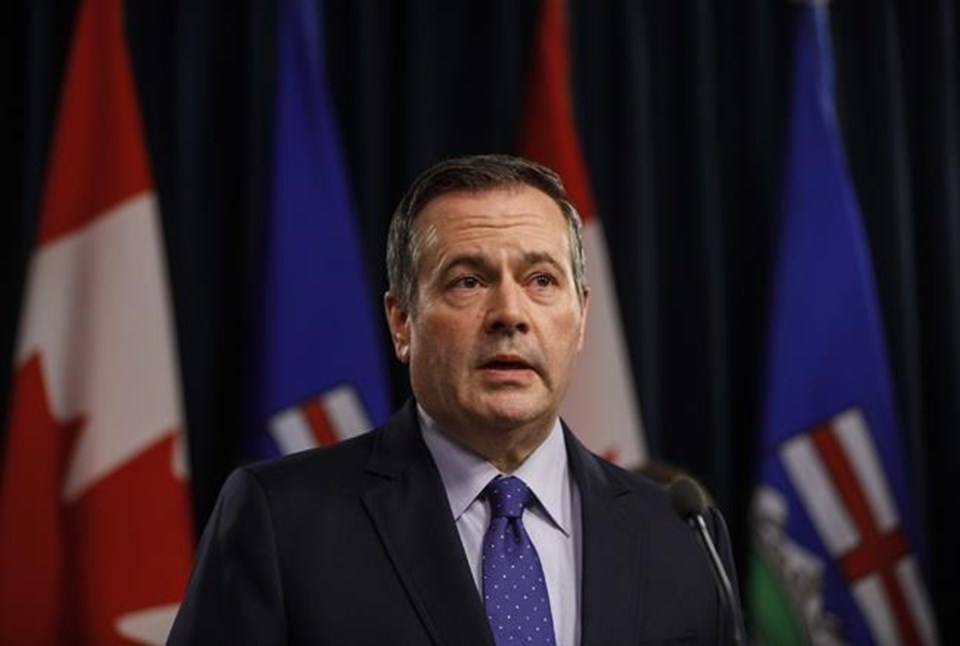 Alberta Premier Jason Kenney announced a total of $1.1 billion in funding will be going to municipalities and Métis settlements July 26 to help them with infrastructure projects that would have been delayed due to the COVID-19 pandemic. File

On July 26, Premier Jason Kenney announced a total of $1.1 billion in funding will be going to municipalities and Métis settlements to help them with infrastructure projects that would have been delayed due to the COVID-19 pandemic, as well as to help these governments with their operating costs in the midst of the crisis.

“(The COVID-19 crisis) has been a triple threat for Alberta. First of all, it’s been the largest public health crisis in over a century. Secondly, the global coronavirus recession is the largest economic contraction in the world since the 1930s. And we’ve also gone through the biggest collapse in energy prices in our history, obviously hurting Alberta,” said Kenney.

“This has left us with a real unemployment rate we estimate north of 20 per cent, with hundreds of thousands of families and businesses unable to pay their bills, who are deeply anxious about what the future holds. It also means that Alberta’s local governments that do so much to deliver important services are facing a financial crisis of their own.”

Municipal governments and Métis settlements will have to decide what projects they wish to build and then submit applications to the province. These applications must be submitted by Oct. 1, 2020 and construction must begin either in 2020 or 2021.

According to the MSP guidelines, rolling stock like buses or trucks are not eligible, as are any infrastructure projects that would create ongoing operational costs.

Noting that this $500 million program was part of more than $10 billion in infrastructure spending within Alberta’s Recovery Plan, Kenney claimed this is the largest building program in the province’s history and will create an estimated 55,000 jobs.

“Right now, in the face of the deepest jobs crisis in nearly a century, we must prudently leverage the province’s balance sheet to diversify and create jobs, to build, and to ensure a strong economic future,” Kenney said.

The second part to this announcement involves $606 million in matching provincial and federal government funds, which are being provided under the Safe Restart Agreement.

Timothy Gerwing, press secretary for Alberta Municipal Affairs, confirmed that it has not yet been determined how the $606 million will be distributed to municipalities.

Athabasca County has been allocated $935,381 for shovel-ready infrastructure projects, which is also the largest allocation within the Town & Country readership area.

Karl Kopan, communications co-ordinator for Athabasca County, said council and administration will discuss possible projects that the stimulus funding could be used for (as well as details about the application) during a public works meeting this week.

The Town of Athabasca is slated to receive up to $352,447 under the program. CAO Rachel Ramey said town council would likely have a discussion at an upcoming meeting on how to use the grant, noting they have some time since the deadline to apply is Oct. 1.

“We’re happy to get something,” she added.

Finally, the Village of Boyle has been allocated $109,954. In an e-mail, CAO Robert Jorgensen said the village will be using the stimulus grant (in addition to Municipal Sustainability Initiative funding) to perform a utility upgrade on 3rd Street.

Jorgensen said the village will be replacing sidewalks on both sides, as well as the water main. They will also pave the entire street.

The County of Barrhead is allocated to receive $747,449 under the MSP announcement.

County manager Debbie Oyarzun said council approved a list of shovel-ready projects to submit to the province back on April 29. Prior to Kenney’s announcement, they had no idea how much the county might receive or what the criteria of the program was going to be.

“We came up with a list that we thought met the criteria. So now we have to take that same list … and see if they are eligible or not, or if county wants to revisit now that we know what the criteria are,” she said.

Oyarzun added that administration is planning to bring back the matter before council in either August or September and get the green light to submit an application.

“That’s nearly $750,000 that we don’t have to pull from reserves or pull from taxpayers to undertake a few of these project that we have on the books but are a few years out,” she said.

The Town of Barrhead is slated to get $544,302 under the program. CAO Edward LeBlanc noted that Athabasca-Barrhead-Westlock MLA Glenn van Dijken had asked the town back in April to submit a list of shovel-ready projects to the province for review.

“We were very appreciative of the efforts of our MLA,” he added.

Now that the town is aware of its grant, LeBlanc said council will be discussing sometime soon what to apply for, noting the Oct. 1 deadline gives them some leeway.

To the west, Woodlands County is set to receive $565,104 in stimulus funding. However, having just gotten the information regarding the grant, no decisions had yet been made for how to use the money.

Koren Scott, communications co-ordinator for the county, said director of infrastructure Andre Bachand will be making a presentation to council on Tuesday, Aug. 4, related to the MSP grant and the parameters of the program.

Westlock County has been allocated up to $858,235 under the infrastructure portion of Tuesday’s announcement.

A spokesperson for Westlock County suggested that council had just received information about the grant and still needed to discuss the matter before deciding what to apply for, noting that such a meeting may take place this week.

The Town of Westlock’s share of the $500 million program is $606,351. However, town administration could not be reached as of publication deadlines to discuss plans for the funding, but the Town of Westlock council has a meeting slated for Tuesday, Aug. 10.

Finally, the Village of Clyde is slated to receive up to $51,114 for infrastructure, which will go towards some of the community’s roadways.

CAO Ron Cust said that as the village’s infrastructure plan, the municipality has been doing quite a lot of work such as paving and cleaning gutters over the past year.

“I think we’re going to be at $1.1 million that we’ve spent on infrastructure,” he said.

Cust said the village has a couple gravel roadways that run east and west along the boundary of Westlock County which require some rebuilding.

In all likelihood, the money will be put towards 47th Avenue and 51st Street. Both are gravel roads with an overlay of cold mix asphalt; those provide dust control for residents who live on the south side of the community, he noted.

Opposition MP finds positives in Throne Speech
Sep 26, 2020 9:00 AM
Comments
We welcome your feedback and encourage you to share your thoughts. We ask that you be respectful of others and their points of view, refrain from personal attacks and stay on topic. To learn about our commenting policies and how we moderate, please read our Community Guidelines.