MLA, divisions react to schools reopening in the fall 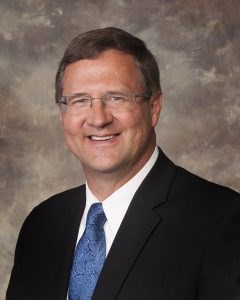 Athabasca-Barrhead-Westlock MLA Glenn van Dijken feels confident the schools in his constituency will be able to reopen safely in the fall. File

ATHABASCA, BARRHEAD, WESTLOCK – As soon as schools closed March 15 and education went online school divisions and post-secondary institutions around the world started working on what a return to brick and mortar schools will look like.

“I'm glad that the government has made a decision to move forward with opening schools in the fall, I believe for our constituency especially that we are in a good position to be able to open safely,” van Dijken said in an interview July 24.

“I believe also that students who attend school in person with their teachers, with their classmates, have a much better learning experience as opposed to learning from home we ended last school year with. So, I think for the outcomes of the students, it's important that they're able to return to class.”

van Dijken said the details regarding bussing or finding enough substitute teachers will be up to the local school authority.

He noted that the only reason schools are able to return under Scenario 1 is because, even with the recent increase of active cases, the healthcare system is not overburdened. Van Dijken added that no matter what, sending children back is entirely the parents' choice.

"I would suggest that's going to be an individual parent's decision based off of what they're comfortable with. At this point of time, there's no extra funding but if there's 200 kids in the school that don't return, the school still has capacity to address that locally,” he said.

van Dijken added that $15 million was distributed to help divisions with upgrading to touch-free sinks, soap dispensers and paper towel dispensers and other safety measures. He also said that the current model is based on the success of the limited number of daycares allowed to open and summer school.

“Some of the initial findings and part of our learning in a recovery and relaunch is seeing what will transpire. We take a look at what we saw with summer school and there were the protocols put in place to be able to run in-person summer school and with these guidelines in there was no issues identified. So, this has given us the confidence to move into fall,” he said.

Aspen View Public Schools chair Candy Nikipelo and Supt. Neil O’Shea were not surprised with what the announcement said, but were happy it happened ahead of the Aug. 1 date initially set by Alberta Education.

“Personally, talking to parents in the region I think most parents are relieved. I think it's a good plan moving forward just to have near normal with modifications like the different protocols in place,” Nikipelo said.

She added that there will not be extra money coming from the province to help offset costs but feels the rural divisions have a space advantage over their urban counterparts.

“It's not like our schools are bursting at the seams like the urban schools are so, we're able to bend a little bit space wise and whatnot than they are in the city schools, but funding wise, I know that we don't have a whole bunch of money to spare – in fact, none –  but Aspen View has always been very careful with our spending,” she said.

O’Shea said the biggest concern is reopening the schools safely, not just for students but for their families and the communities as a whole and Aspen View did allocate money in their current budget.

“We did put some contingency money in our budget this year for COVID. So, when we passed our budget at the end of June, we did allocate some money for that and middle of May, early June, we started with the reentry team out of division office. So, we've got some preliminary plans in place,” said O’Shea.

O’Shea thinks the biggest hurdle facing any school division will be reassuring parents that appropriate measures have been taken especially in larger schools like Edwin Parr Composite in Athabasca.

“The biggest hurdle is really based on your community. For example, in a smaller school like Grassland or Rochester or Smith the social distancing, the cohorting, that becomes less of a challenge in those communities than it would be in some of our larger centers.,” he said.

O’Shea said that a reentry team has been looking at many ways to maintain safety for the students – students remaining in one room for most of the day with teachers changing classrooms, staggered start times including recesses and lunch times, discouraging or prohibiting use of lockers, limiting the number of students in an optional class to maintain a cohort as well as additional cleaning during the day.

“One of the ideas we have is to divide our junior and senior high students, like maybe juniors on the top and seniors on the bottom or something like that. I think we will see most of our teachers changing classes over the course of the day instead of students picking up their books and moving so that decreases the amount of time in which students are interacting with each other and that sort of thing,” O’Shea said.

He added that additional mental health supports will be put in place for both students and staff.

“We have a pillar that addresses mental health and now that we know what the plan looks like we’re able to say, ‘Okay, what exactly do we need to do? What do we need to be putting in place for kids and for families?’ Because one of the things we recognize is that kids are coming with anxiety, a lot of that anxiety,” he said.

O’Shea said addtional information will be available on the Aspen View website and each school website at www.aspenview.org/home.

The Pembina Hills School Division (PHSD) is supportive of the resumption of in-school classes this fall, although senior administration and principals have been preparing to go with any of the three scenarios, according to board chair Jennifer Tuininga.

On the same day that Alberta Education announced the full re-launch of in-school classes, two articles were posted to www.pembinahills.ca detailing the new health measures that students, staff and parents will be expected to follow.

The first article, “Pembina Hills Schools will resume under Scenario 1,” details how the division will handle physical distancing in hallways and classrooms, the added responsibilities of parents if their child gets sick either before or during the school day, and new hygiene policies for staff and students. For example, there will be a strict “no sharing” policy regarding the sharing of school supplies and lunches.

The second article entitled “Busing information for re-entry this fall,” details new transportation procedures that will be in place to cope with the pandemic. For instance, if a bus driver displays symptoms of an illness, they will be required to stay at home and a replacement driver must be found; if no replacement driver is available, there is a chance that bus will not run that day.

In an e-mail, Tuininga acknowledged that balancing the social, emotional and mental health of students with the health measures required to control the spread of the virus “will create a different school setting.”

However, “it is our responsibility as a community to support health and safety measures to prevent the spread of the virus and model a positive return to school,” she said.

When asked if the division was hoping for any additional funding to help meet new health guidelines, Tuininga said the Minister of Education was clear that no additional monies were coming from the government.

However, Pembina Hills has secured the necessary cleaning supplies and PPE (personal protective equipment) to follow health protocols over the last few months, and summer staff have been helping to prepare buildings for physical distancing and easier cleaning of surfaces.

“We will be tracking the money that is spent on health/safety measures and extra staffing as we move into the fall,” she said.

In addition to the articles posted to the Pembina Hills’ website, Tuininga noted that a mail-out will be sent to parents regarding what school will look like in the fall. It will also contain a magnet that has the daily health checklist.

“Communication between our schools and families will be a key to a successful school start-up,” she added.

That said, if there are parents who are leery about sending their children back to school, Tuininga suggested they could register with the division’s online program, which is known as Vista Virtual School.

Pembina Hills trustees will be discussing the school re-entry during their next board meeting Aug. 5.

On July 22, the Evergreen Catholic Separate School Division — which operates St. Mary School in Westlock — posted a letter from Supt. Mike Paonessa to its website.

In the letter, Paonessa said the division is now preparing for a full re-entry this September and will have a number of procedures in place to reduce the risk of transmission, including a strict stay-at-home policy for any student or staff member exhibiting symptoms of COVID-19.

There will also be new hand hygiene expectations, a strict no-sharing policy for school supplies, the closure of water fountains, guided flow of foot traffic through school entrances and hallways, and a restriction on large gatherings.

“For our schools to operate in this ‘near normal’ mode, we need everyone working together to ensure our schools continue being safe and caring teaching and learning environments for our staff and our children,” Paonessa said.

He noted there will be more detailed information available as August approaches, including school-specific information.

Paonessa also suggested that any families that have apprehensions are encouraged to talk with school administration.

Woman dead in collision with moose
Aug 5, 2020 9:37 AM
Comments
We welcome your feedback and encourage you to share your thoughts. We ask that you be respectful of others and their points of view, refrain from personal attacks and stay on topic. To learn about our commenting policies and how we moderate, please read our Community Guidelines.