MLA weighs in on COVID-19 developments 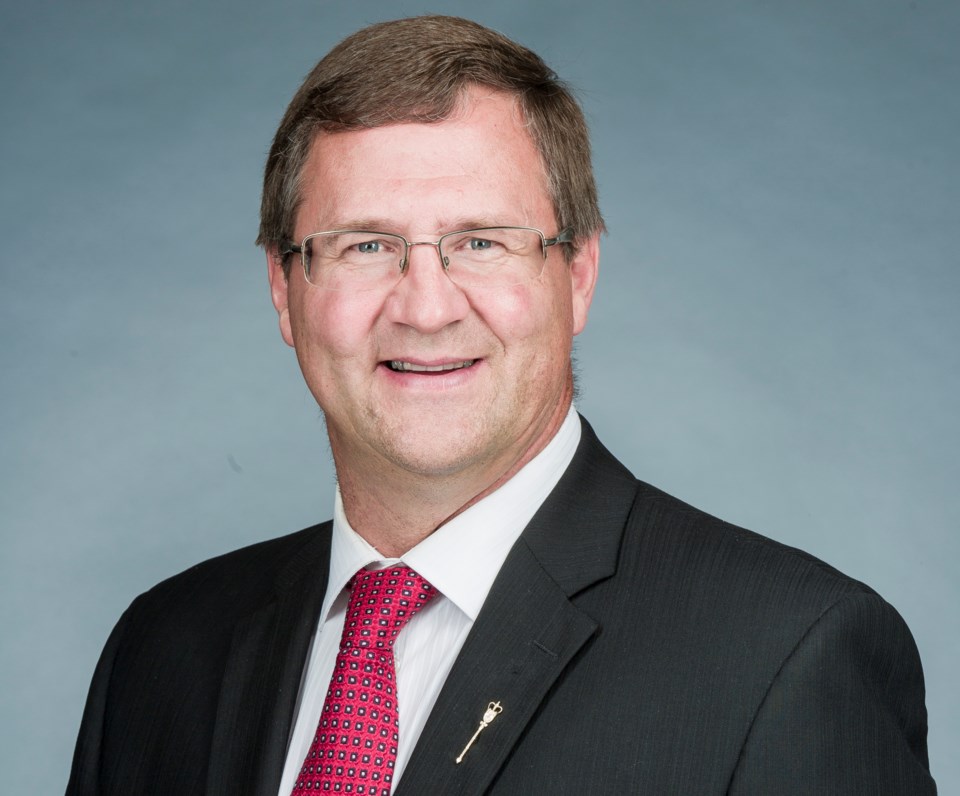 Athabasca-Barrhead-Westlock MLA Glenn van Dijken encourages constituents to take the necessary precautions and abide by the regulations set forth by public health authorities in regards to COVID-19.

ATHABASCA - With more and more positive cases of coronavirus being discovered every day in Alberta, new and more aggressive tactics aimed at halting its spread are being put in place.

Last week, as positive cases inched over 620 in the province, the Alberta government took the unprecedented step of ordering the closure of all businesses deemed non-essential, prohibiting gatherings of more than 15 people and putting in place an enforcement regime and monetary penalties for those who disobey these public health orders.

Athabasca-Barrhead-Westlock MLA Glenn van Dijken’s offices have been answering a variety of calls from constituents since the pandemic made its mark in the province. Staff are working from home, fielding calls on topics ranging from financial support options, to travellers who are still out of the country and trying to return home, and those just looking for answers on proper protocols.

“It not only changes daily, but it changes hourly sometimes,” said van Dijken. “I guess when I look at what Alberta Health has been doing, they did at least get a head start on being ready. I think we’re in a pretty good spot with where we are with testing.”

He commended the labs and all the medical staff dealing with patients, saying he has been impressed with the work they’ve been doing.

“I’m really quite thankful for the authorities we have in place, all the people that are on the frontline of this are doing an amazing job,” he said.

As of Friday, March 27, gatherings of 15 or more people are prohibited, both indoors and outdoors, including family gatherings such as weddings and funerals. Those attending gatherings of less than 15 are still asked to maintain two metres of distance between themselves and others.

Dine-in restaurants are no longer allowed to seat customers, but can remain open for take-out, delivery and drive-thru orders.

In addition, businesses like hair salons, barbershops, tattoo studios, cosmetic services, and non-emergency and non-critical health services provided by regulated health or registered professionals such as dentists, physiotherapists, masseuses, podiatrists, chiropractors and optometrists have been asked to close their doors.

Retailers like clothing stores, furniture stores or computer and gaming stores are also closed to the public although they are still allowed to sell merchandise for curb-side pickup.

“The more that we comply with rules like these being recommended by our public health experts, the faster we can get through all of this and restart our economy,” premier Jason Kenney said at a March 27 press conference.

Should an individual or business disregard these precautions, police and community peace officers now have the ability to hand down fines of up to $1,000 per occurrence.

For businesses failing to abide by the new rules, courts can administer fines of up to $100,000 for a first offence and up to $500,000 for subsequent offences for more serious violations.

“The government, I believe, in a democratic society, had a general buy-in to a health emergency being called,” said van Dijken. “People understood the need and that we need to try to work together on this and that we need to be able to release some extra powers to the health officials.”

He clarified that he believes the enforcement of fines will be “very limited in its use” and that it is more of a way to grab citizens’ attention and make them aware of how serious the situation is.

van Dijken encourages all residents to follow the precautions of the health officials, not just to avoid fines, but to make sure they and their loved ones stay healthy and come out the other side of this pandemic no worse for wear.

Jarvie store burns down
Jun 1, 2020 2:31 PM
Comments
We welcome your feedback and encourage you to share your thoughts. We ask that you be respectful of others and their points of view, refrain from personal attacks and stay on topic. To learn about our commenting policies and how we moderate, please read our Community Guidelines.