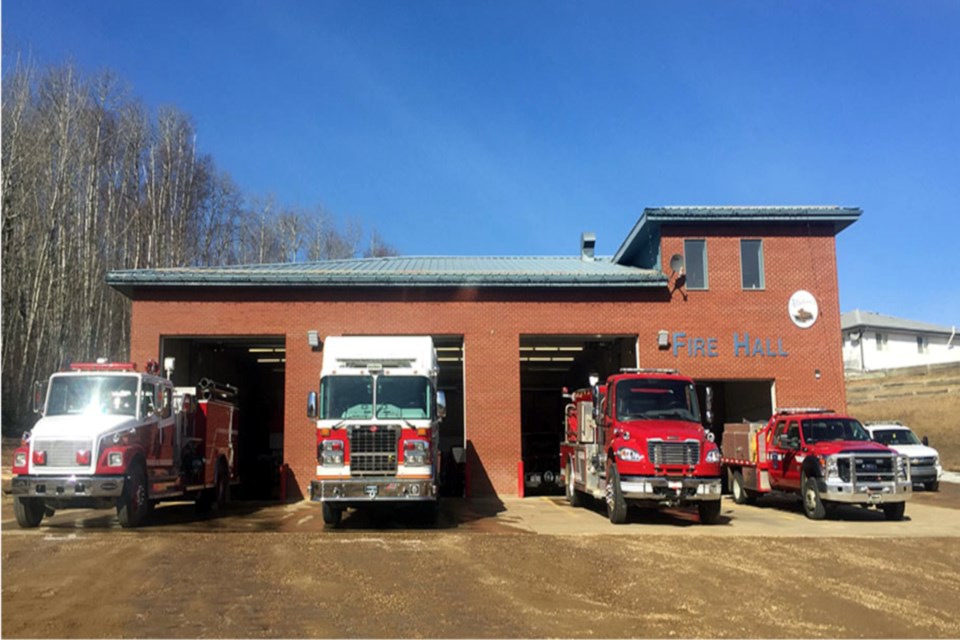 The Town of Athabasca Fire Department has seen an increase in structural, vehicle and wildland fires in the first quarter of 2021, up 30 per cent over the five-year average for the same period.File

ATHABASCA - The Town of Athabasca Fire Department handled six fires in the month of April adding to the already higher-than-historical average seen this year.

In the first four months of the year firefighters have fought 14 fires, two each in April for structural and vehicle and three wildland even though other calls are down said chief Travis Shalapay April 30. To date the department has responded to 51 calls, ranging from fires to medical assistance to motor vehicle accidents.

“The Athabasca Fire Department has been off to an eventful start this year in terms of both the number and severity of calls,” Shalapay said. “While the number of alarm and motor vehicle collision calls we would expect to see is down, we are responding to more structural, vehicle and wildland fires than the historical average.”

About 30 per cent more he said, based on the five-year average for the same period of time.

“Having below average snow cover and an early spring thaw this year, wildland fires have been the biggest topic on our mind over the past few weeks,” he said. “Wildland fire season is typically made up of two parts, the grass hazard as soon as the snow goes followed by the actual forest hazard which slightly lags.”

He added the grass fire hazard is “remarkably high” this year and the true forest fire risk will be determined in the coming weeks based on the weather.

“Even once the grass is green, a significant risk may still exist,” said Shalapay.

He said now is the time to take advantage of the weather to clean yards and reduce fire risk by using tips from FireSmart Canada either online or on the FireSmart app.

“Regardless of whether you live in the town or the county, one of the biggest factors determining the survivability of your home is how well it is prepared,” he said. “This preparation does not have to be difficult or costly, there are several simple things you can do.”

Shalapay noted there are different requirements for burning permits depending on which jurisdiction it falls under, suggesting contacting your municipal office for information.

“As always, I encourage residents to learn before you burn,” he said. “There are many different jurisdictions in the region — Town of Athabasca, Athabasca County, and Alberta Agriculture & Forestry — each with their own burn/permitting requirements.”