League commissioner confident there will be a 54th-consecutive season of senior ‘AA’ baseball
Apr 4, 2021 4:00 PM By: George Blais 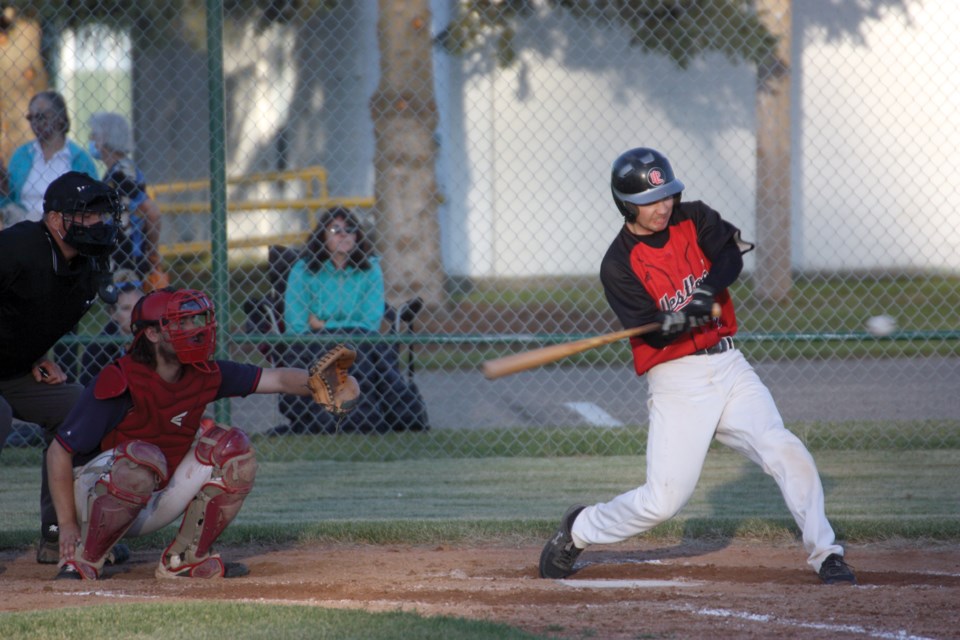 The North Central Alberta Baseball League has pushed back its season and are aiming to kick off the year in mid-June. The league has seven teams lined up for play this year, including the Westlock Red Lions.

WESTLOCK – The commissioner of the North Central Alberta Baseball League is confident they’ll be playing baseball this summer and has tentatively tabbed mid-June for the first pitch.

Normally the senior ‘AA’ league, which was founded in 1968, starts the regular season in early May, but due to the current provincial COVID-19 restrictions commissioner Paul Riopel said pushing forward now just doesn’t make sense. The NCABL went ahead with an abbreviated eight-game schedule in 2020 with the teams split into two divisions — the league title was handed out in September, roughly a month past the normal end of the season.

“The regular season normally would have started May 10 and that won’t be happening. We require 30 days to properly organize and get our field usage agreements in place with the different municipalities. And then of course we have to assure ourselves that we’ll have umpires,” Riopel explained.

“So now we’re going with forward with Plan B which would be a mid-June start and that’s where we’re at right now. We also have a Plan C that would effectively push it back even further and extend the season to the end of August, with post season into September, much like we had to do last year … but that would be the third and final option.

“Going through last year I think has given us a bit of edge in terms of being confident that we’ll be able to go forward with a season this year, although it will be a little abbreviated.”

Riopel said April 1 that seven teams have confirmed for play, including the Westlock Red Lions who dominated the 2020 regular season with a 7-0-1 record and plus-25 run differential before dropping the league championship final two straight to the Sherwood Park Athletics. Joining the Red Lions and Sherwood Park this year will be the Parkland Twins, Fort Saskatchewan Reds, St. Albert Cardinals, Edmonton Primeaus and Edmonton Athletics.

“We’re setting up a schedule based on intervals and the intervals will allow a team to play the same team for three or four games within a condensed eight to 10-day stretch. And then they’d shuffle into a new interval with a second team. By the time they’re ready to shift into a third interval we will have covered the mandate for 14 days before entering a new cohort and on and on as we progress through the entire season,” Riopel explained.

“It’s a more creative solution that will allow for the usual kind of schedule where everyone plays everyone in the league.”

Riopel said that the league semifinal playoff series will also be different this year due to the fact that the Westlock Agricultural Fair has been cancelled for a second-straight year — the fair has hosted that series for at least the last two decades.

“It’s a little disappointing for myself personally as I’ve worked so very hard maintaining a rural presence for the NCABL. It’s a little sad,” he said.