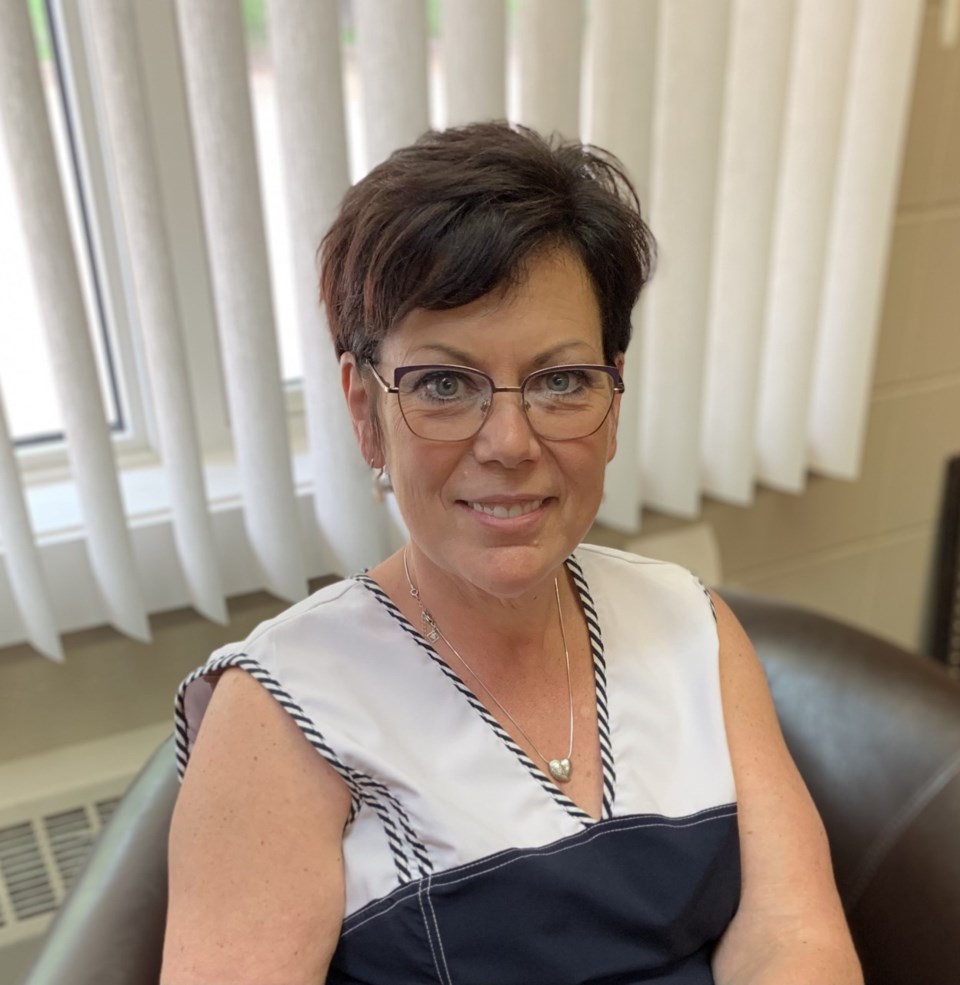 BARRHEAD-Sometimes it is just meant to be.

That is how Karen Gariepy described the events that led to her accepting the role of executive director for Barrhead and District Family Community Support Services (FCSS).

The position became open after former executive director Shelly Dewsnap decided to scale back her involvement with the organization. Dewsnap will continue to work with FCSS filling various roles at the discretion of Gariepy until the end of the year.

"FCSS is a passion of mine," Gariepy said. "It has been in my blood some way or another since 1999."

Gariepy noted in her last position as the CAO of the Town of Beaverlodge, she worked extensively with the organization, which was under the municipality's umbrella.

Gariepy held the position for a little over a year and a half. Before that, she served as Grande Prairie's crime prevention program manager and again worked with the city's FCSS along with other social agencies, helping create much of the city's social programming.

"Before that, I was with The Town of Beaverlodge as their FCSS director. Working with social agencies on social issues is something I am very devoted to ... it has been a large part of my life for many years."

However, although she has extensive experience working in municipal government and other FCSS programs, Gariepy realizes that there will be a steep learning curve.  Not only will Gariepy need to familiarize herself with a new community and programming but with the way the organization is organized.

"Being a society has its advantages because not only does it allow for the running of different programs, but the society can look for different revenue streams as well,"  she said. "And what they've done here in Barrhead is just amazing. I know I am still learning, but from what I see so far, as well as from the feedback I have gotten from the community, it makes me realize how fortunate I am to be coming to a situation like this."

As for why she decided to make the jump, to a new community and take a new job, Gariepy said it is because she is entering a new phase in her life.

In February 2020, she took a temporary leave of absence from her job as CAO and resigned as Beaverlodge's CAO a few months later in July due to the death of her husband.

It was during this time one of Gariepy's friends introduced her to Lac La Nonne.

"It has always been one of my dreams to live on the lake and after my husband passed away, I wanted to fulfil that dream," she said, "So I decided to buy first. If I found a job in the next year, that would be great, but I was in no rush."

However, not long after that, she was checking in on Facebook when she saw the Barrhead vacancy in her news feed.

"It was an amazing opportunity, and it came across my screen at the perfect time. Certain things are meant to be," Gariepy said.

However, deciding to make a move and major life change during the COVID pandemic is not without its challenges.

"I have been living in the City of Grande Prairie for 17 years and have been in the Beaverlodge/Grande Prairie area for 26 years, so a lot of people wanted to say goodbye, but they couldn't. We had to say our goodbyes on Zoom and social media and that was heartbreaking," she said. "It has also been very difficult to grieve.  My husband passed away during the pandemic ...at a time when you want people who are close to you to stop by and hug you, they just couldn't."

It also made the logistics of moving more difficult.

"It just puts a totally new spin on everything," Gariepy said.

But despite the challenges of the pandemic, she said the community has been very welcoming.

"Everyone has been so great. I have been saying that I am not starting a new chapter in my life, but a new book and a new story and I am so excited to start writing it," Gariepy said.