New Métis local in the works 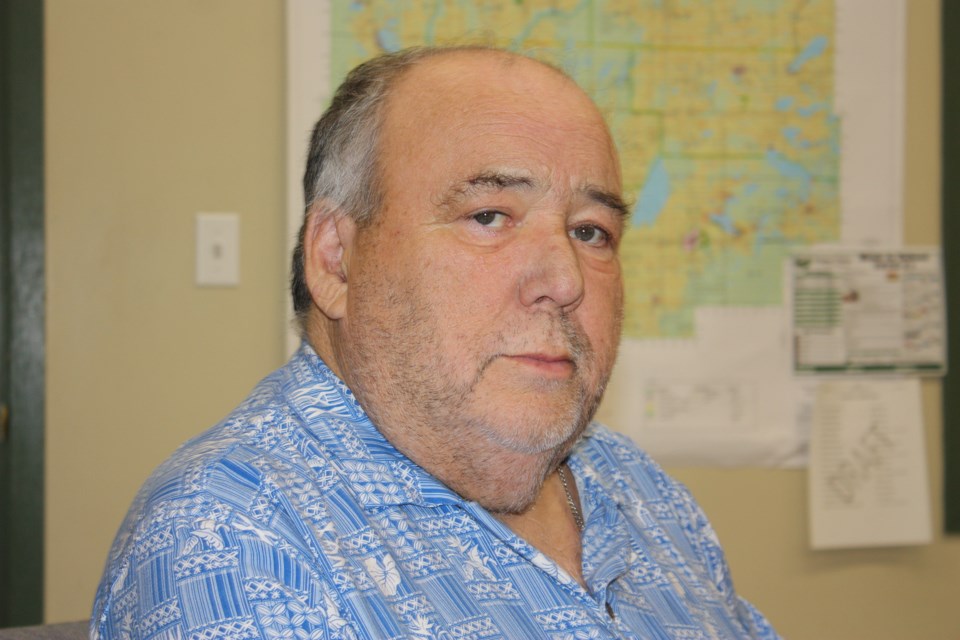 Frank McCullough is the recently elected president a new Métis local that, once official, will go by the name of Athabasca Landing Métis Local 2020. Chris Zwick/AA

ATHABASCA - Métis Nation members in the Athabasca region may soon have an option as to how and by whom they are represented as a new Métis local has already chosen its executive members and is waiting only for the official authorization.

The transition has yet to officially take place, but plans for a $450-million community west of Athabasca were brought to Athabasca County council in July 2019 on behalf of the Athabasca Landing Métis Community Association. The county wrote a letter of support for the proposal.

The MNA covers six regions in Alberta and represents nearly 43,000 Métis Albertans. A democratically-elected provincial council of 14, including a president, vice-president and six regional presidents and vice-presidents make decisions regarding policy, programs and funding according to the organization’s bylaws.

Frank McCullough was voted in as president of the new organization Sept. 26, along with a local executive. Already heavily involved through his work with the non-profit Alberta Métis Peoples Advocate Council, based in Athabasca, he began fielding questions from local members about representation.

“People were coming to me and asking, ‘Now what do we do now?’ They still have their MNA card for starters, so they are still a member of the MNA,” he said in a recent interview with the Advocate.

“Those people who don’t want to go with the community association can come with us … Basically, we just want to represent MNA members in Athabasca.”

With the nomination of an executive for the new group, they can apply to Region 1 office in Lac La Biche so they can sign off on the new local and forward to MNA headquarters in Edmonton for final approval.

“It will mean that we will officially be recognized as representatives of the MNA people that want to join our local can leave the community association, but they want to go somewhere they can be represented. Basically, we are going to be the voice of the Métis Nation in Athabasca,” said McCullough.

As a local, the group will advocate for and represent MNA members on issues ranging from housing and senior-care to transportation and youth programming. The group will also provide guidance in navigating the system to help a person assert their status as Métis, including genealogy, said McCullough.

As an aside, McCullough said he can trace his lineage all the way back to the 1700s with a Frenchman who first set foot in Canada as he got off a boat in Montréal. He has been an official member of the Métis Nation since 1966.

McCullough said he isn’t sure how many will come forward to join the group, but said any MNA members and potential members in the region are welcome to take part. The local will cover areas in and around Athabasca, Colinton, Rochester, Boyle, Calling Lake and Wandering River.

“One thing about myself is, I have what I call a passion for Métis people. I’ve been here for a long time and I’ve seen changes, some good and some bad,” said McCullough. “We’re not going away, we’re here for the duration.”