No break in crime over the holidays 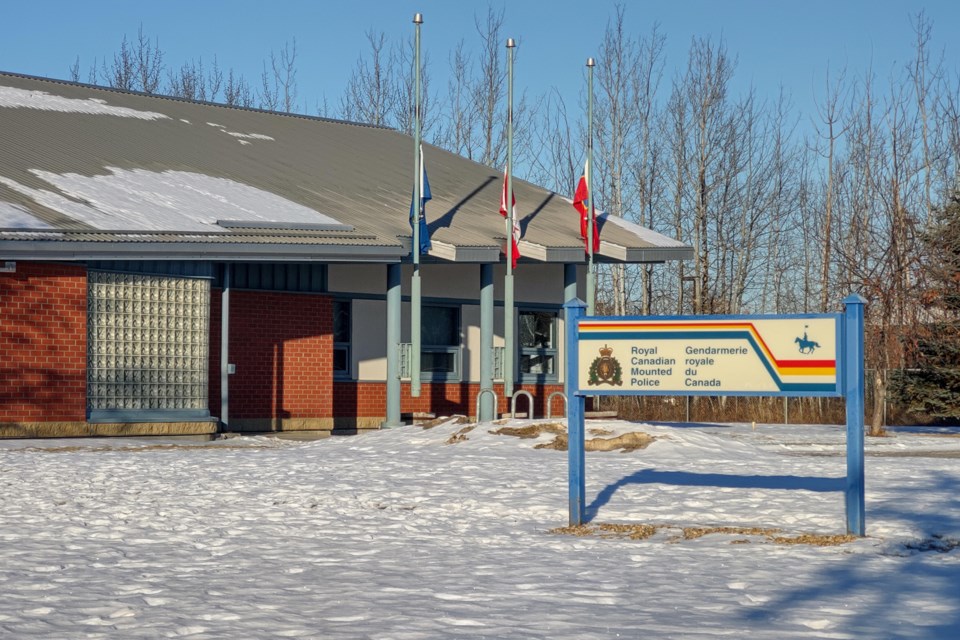 Athabasca RCMP members responded to 142 calls for service for the two weeks following Christmas Eve, but that is nothing unusual, says Staff Sgt. Paul Gilligan.Chris Zwick

ATHABASCA – The peace and rest most were able to experience over the holidays did not extend to Athabasca RCMP unfortunately, as members of the local detachment were kept on their toes, responding to 142 calls for service for the two weeks following Christmas Eve.

Staff Sgt. Paul Gilligan went over some of the highlights and provided an overview of the numbers in an interview last week saying it was a busy few weeks for the detachment, but that was really no surprise.

“It’s just Athabasca in general, it’s a very busy place, and that doesn’t change with Christmas,” he said, adding the warmer weather is also a contributing factor, as colder temperatures tend to slow down many criminals.

Gilligan reported there were nine break-and-enters over that two-week period, along with one stolen vehicle, and one other charge of taking a vehicle without the owner's consent.

Members also dealt with six firearms offences, something they are seeing more of. There was also one charge of reckless discharge of a firearm.

“We see a lot of sawed-off shotguns,” said Gilligan.

Two charges of assault with a weapon were also filed, along with one aggravated assault charge, and three regular assaults.

Two charges of possession of stolen property were also laid — one over, and one under $5,000.

Gilligan also noted members responded to three mischief complaints for obstructing the enjoyment of property. In that regard, he pointed out there has been a longstanding issue in Athabasca with bank lobbies being used as a place to sleep for those who have nowhere else to go. RCMP respond to hundreds of similar complaints every year, he said, but with the recent creation of a mat program that can house up to five people for the night, by the Athabasca Native Friendship Centre, he hopes to see those numbers start to fall.

“That’s five people that we don’t have sleeping in the streets of Athabasca,” said Gilligan. “There is a real human cost to that sort of thing, so I think it’s a huge, huge step forward for Athabasca.”

Members were also kept busy executing arrest warrants for those who weren’t able to attend court on their scheduled court date.

“With the court system the way it has been because of COVID, a lot of people have outstanding warrants because the courts aren’t open when they went, so we see a lot of that,” said Gilligan.

In addition, local RCMP also laid 15 traffic-related charges, one charge for liquor and another for cannabis. There was also one fraud complaint, 16 suspicious persons complaints, 23 general assistance calls and four requests for wellness checks.