Nora McGaughey reflects on a lifetime at St. Mary School

Set to retire this summer, McGaughey has been a student, teacher and administrator at SMS
May 3, 2021 11:00 AM By: George Blais 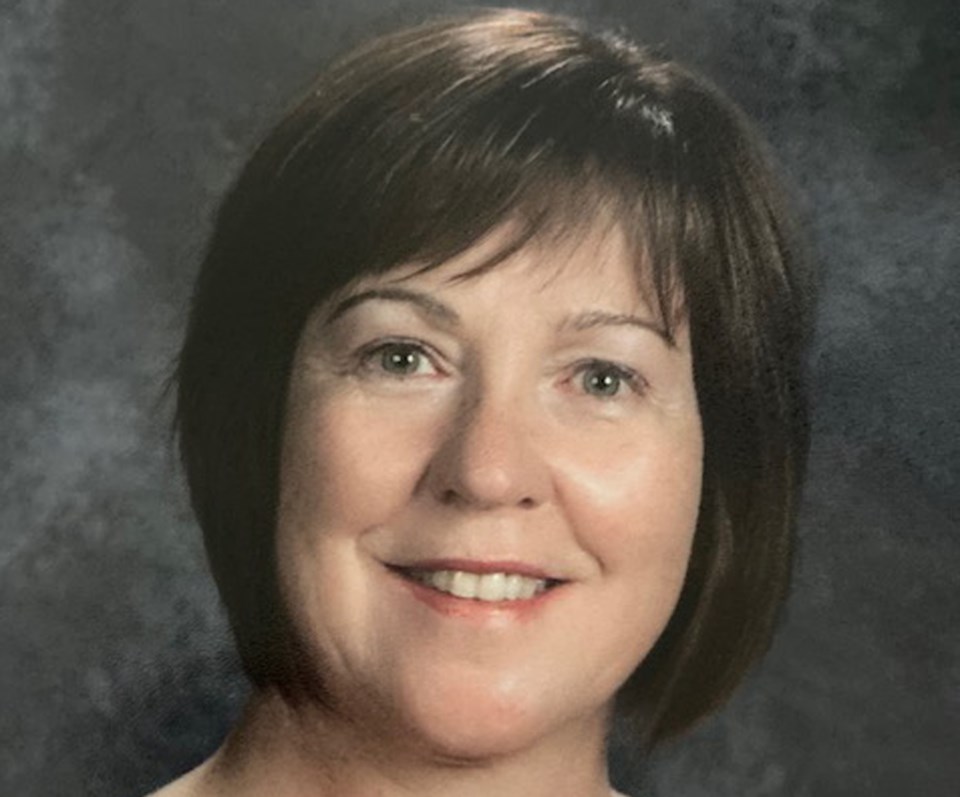 Nora McGaughey’s storied career at St. Mary School is coming to a close at the end of this current school year. McGaughey not only taught at the school, and will finish her career as assistant principal, but was a student there and graduated from SMS in 1981.

McGaughey started her teaching career at Eleanor Hall School in Clyde before taking over a Grade 2/3 class at SMS in September 1986. Over the next two-and-a-half decades she taught kids at pretty much every grade, including a cherished stint as a specialized language arts teacher for Grades 1-3 she loved “because I saw so much growth in the kids.”

And for the last four years the Westlock native has been the school’s assistant principal/counsellor/inclusive education coordinator — all told it’s been an impressive career that is slated to come to a close at the end of this school year.

“I feel like it’s just been a blink of an eye. I honestly remember my first day in Clyde and remember many of the students and teachers from those days because they had such an impact on me. It’s just gone by so quickly, I can’t believe it,”  McGaughey said.

Yet, it’s only part of her SMS story.

She was a student there for the entirety of her Grade 1-12 career, as were her five siblings.

Her dad James was also a teacher at SMS, while her mom Alice was the school’s librarian and her sister Sheila Glebe was principal for a stint before moving on to a St. Albert school in 2017.

Her two children were also K-12 SMS students, as well as all but one of her nieces and nephews — she even taught her daughter in Grade 4.

“(Principal) Vance (Nakonechny) teases me about knowing everybody in the community, but when you live here your whole life and your family is here and through the church too … ” she added with a chuckle.

And now looking back, McGaughey says she’ll always cherish the connections she made, whether with a student or their parents, or with her colleagues at SMS and at other Westlock-area schools.

“I will always have the wonderful memories of all the people I’ve met. The parents, kids and the teachers. Just watching kids start Kindergarten and then seeing them graduate, then get married and have families. It’s just so heartwarming and rewarding,” she continued.

“Now that’s not to say it’s all been easy because we’ve been through some really challenging things as a school community and even on a personal level, but this job has brought me an awful lot of joy and reward. I never dreamt or planned to be a vice-principal, I just went year after year and the opportunities just came to me.

“I feel very honoured to have been able to teach in a Catholic school and be a part of St. Mary. Our school division is excellent, we have great leadership. I’ve been fortunate in my career in so many ways.”

Family has always been key to the success of St. Mary, said McGaughey, going back to the formation of the school in 1964. Also important is St. Mary’s K-12 configuration which creates a bond between all students, no matter their grade, and staff.

“St. Mary has an important story. It was a group of people who thought we should have a Catholic school in Westlock and it was quite divisive at the time, but in the end they were able to do it,” she continued.

“And now one of the former principals, his grandchildren are coming through. I have students now and I taught their parents. Young people I’ve known since they were born are teaching on staff. It’s a real circle of life and a real sense of community. There’s a real connective story here.”

Professionally, McGaughey said her variety of roles at the school has also kept her inspired. Ultimately the kids have always come first, she stated.

“I’ve really valued the opportunity to be at different grade levels. And the inclusive ed part and the counselling has been really great because our school division is really supportive of those roles and they see the importance of it,” she said.

“I’m passionate about neuro-science and brain development and early education as I also look after the preschool program here. It’s fascinating and so important to understand in order to meet the needs of those kids — you really have to know where they’re at in terms of development and you have to be able to work with the families. We have families that come from all kinds of circumstances so it’s really about creating a relationship first. You have to be able to connect — making those connections is so important because kids need to feel safe and connected before they can learn.”

Unfortunately due to COVID-19 a big celebration at the school won’t be possible this year, which is a disappointment for McGaughey. That said, current and former students and staff, as well as even her old classmates, have already been reaching out to extend well wishes on her career and what she’s meant to the school.

“It does kind of make me sad. A colleague and I talked about it the other day and he said they wanted to do something, but they didn’t know what they could do. I’m not sure what will happen, but I said maybe we celebrate in a year’s time,” she said.

“But I’ve had family members who’ve had to postpone weddings and there’s been babies born who we haven’t been able to see … I’m just one more person affected by this. I’m disappointed but it’s not the end of the world.”