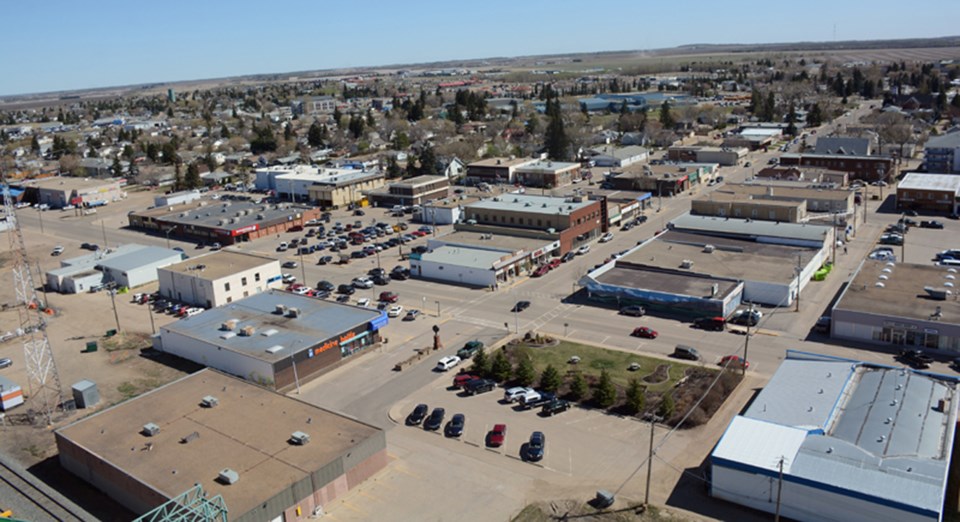 As people move away from downtown centres, the Westlock region can capitalize on changes in the business and retail environment that have been accelerated by the pandemic, says University of Alberta School of Retailing director. File photo

WESTLOCK — The pandemic has accelerated some inevitable changes in the retail business, and regions like Westlock are well-placed to take advantage of them.

In an April 15 presentation to the Westlock & District Chamber of Commerce via Zoom, Heather Thomson, director of the University of Alberta School of Retailing, said it’s not necessary to bring big box stores to the community or shift consumers’ attention away from travelling out of the community to shop at Costco.

Instead, there are new opportunities that the Westlock business sector can capitalize on in areas like recreation or co-working spaces.

“These changes were coming, they were just going to come here by 2026. Now, we have to deal with it right now,” Thomson said.

“You guys are going to be the big winners of this pandemic, in a way, because if you look at how the demographics and how people are shifting in geography, they don’t need to be in the downtown core anymore.”

A student group in the Faculty of Business led by Thomson conducted a study in Barrhead, and Thomson used the results to draw comparisons between the two communities. They found recreation is already established practice in the region, which has profitable opportunities.

"The things that came up in this region was camping and bike-riding, spending time with your friends, bonfires, lots of opportunity here for people to just enjoy the outdoors. Golfing was one (in Barrhead), baseball tournaments,” Thomson said.

“That may not seem like an opportunity for business or economic development, but it is because there’s a lot of people coming into your region.”

Attracting outsiders doesn’t just mean they’ll spend money on rec alone. The Barrhead respondents said that when they leave their communities and go south for things like big box shopping, they’ll spend money on other things too. That kind of dynamic can be reciprocated when outsiders travel into this region for recreation and end up spending money in local shops and restaurants.

The move into hybrid office- and home-based work has already led to development in other regions where co-working facilities have been set up.

“The region of Black Diamond, along the Highway 2 corridor, they couldn’t get rid of some of their lots for the last six years and within the last six months, they’re gone. Their housing prices have gone up 30 per cent.”

The key to co-working spaces, however, is “they have to be beautiful,” Thomson said.

Beautification isn’t a new recommendation for the Westlock area. In 2009, Dr. Avi Friedman, a Montreal-based urban planner and McGill University researcher, told the chamber that the key to drawing younger families to the community is a revitalized downtown core.

Part of his recommendations included a narrow Main Street lined with trees, façade improvements, murals on the grain elevators, a proper civic square and more inviting entrances into the town.

Like Thomson today, Friedman said 12 years ago that the absence of big box stores is not a bad thing for that purpose.

Traditional retail is not an option anymore

In the retail sector specifically, Thomson says businesses are moving away from traditional spaces and into hybrid models of sharing commercial space with combinations like bookstore and florist, or hair salon and café.

Cutting overhead costs for a large space also means lower prices for consumers, which has been the case at Citizen Salon, a shared workspace for beauty businesses in Edmonton's Brewery District.

“We are going to have to work on rethinking what we think is good office and retail space,” Thomson said.

The pandemic has also led to a shift in how people shop: before the global lockdowns, 50 per cent of baby boomers were comfortable shopping online. Now, that number is 87 per cent. An online presence, Thomsons said, is now necessary.

“My big message here is that you can’t just wait for the pandemic to be over and things to go back to normal. Consumer habits have shifted forever and permanently.”

For traditional retail like clothing or shoe stores, the most successful businesses are the ones that run both online and physical shops — in some cases, small retailers report 80 per cent of revenues come from online sales.

And while consumers might be asking for more clothing or shoe stores in their communities, Thomson doesn’t recommend them.

“That isn’t going to work anymore. When people want to shop for clothing, footwear, those are probably the two bigger ones where they really want to have selection. So I'm not saying it can’t work, I'm saying don’t chase after these sorts of traditional elements that used to be on your Main Street because the scale of economies doesn’t necessarily make sense if you’re going to house a traditional store.”

When they do exist, the key word for survival is customer experience: aesthetic spaces, clean windows, good lighting, clean but not stringent smells (i.e. no more perfumes) and innovative customer service.

“Aesthetics is not a ‘nice-to-have', they’re a cost to staying in the game” for every type of business, not just retail.

Thomson said on average, consumers are willing to pay 20 per cent premiums for better customer service, and IKEA is one of the companies that “nailed experiential retail” after competition from online-based furniture retailers.

The recent emphasis on shopping local can help, especially when it’s aided with government or municipal sponsorship.

Thomson says people tend to react to change — regardless of its consequences — more freely on social media, but businesses should “shatter the false narratives without going too much into the weeds.” Not responding, however, is not a good option.