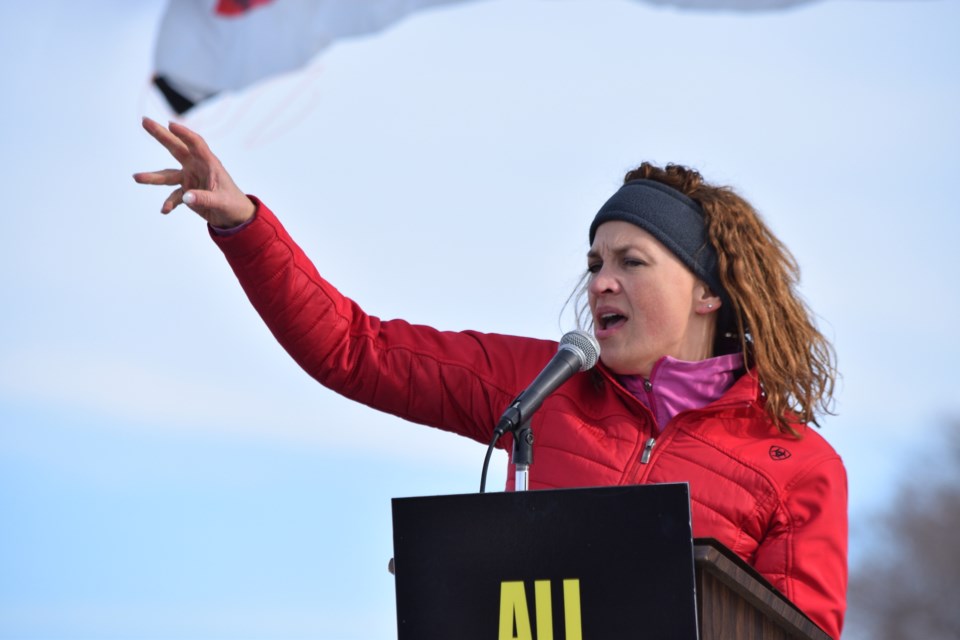 WESTLOCK — The Westlock DJ who organized a series of anti-masking, anti-COVID-19 measures “freedom rallies” across northern Alberta will have to find a new lawyer ahead of her June 23 court appearance.

Benita Pedersen has 10 charges for contravening an order of the medical officer of health under the Public Health Act resulting from multiple rallies, so-called information sessions, and church services she held in Westlock, Athabasca, Barrhead, Peace River, Whitecourt and Bonnyville since February.

In Westlock Provincial Court June 2, her then-lawyer Yuav Niv asked to be removed from the record as her counsel citing a breakdown of the relationship. Niv said Pedersen failed to answer multiple attempts he made to reach her, including via e-mail and phone, up to the morning of the court appearance.

Pedersen said she knew Niv would be withdrawing as her lawyer, and said it was due to “communication concerns that led to a misunderstanding.” She told Judge Peter Ayotte she is “sort of” speaking with a different lawyer.

Six tickets have already gone through courts, and four more have court appearance dates set in June and July, but they will be withdrawn, special prosecutors said. Instead, Pedersen now faces 10 counts of contravening the Public Health Act as opposed to individual tickets.

This is Pedersen’s third appearance in the Westlock courtroom.