Declining enrolment, loss of grants and skyrocketing insurance costs are all adding to division’s financial woes
0
Dec 2, 2019 10:55 AM By: Kevin Berger 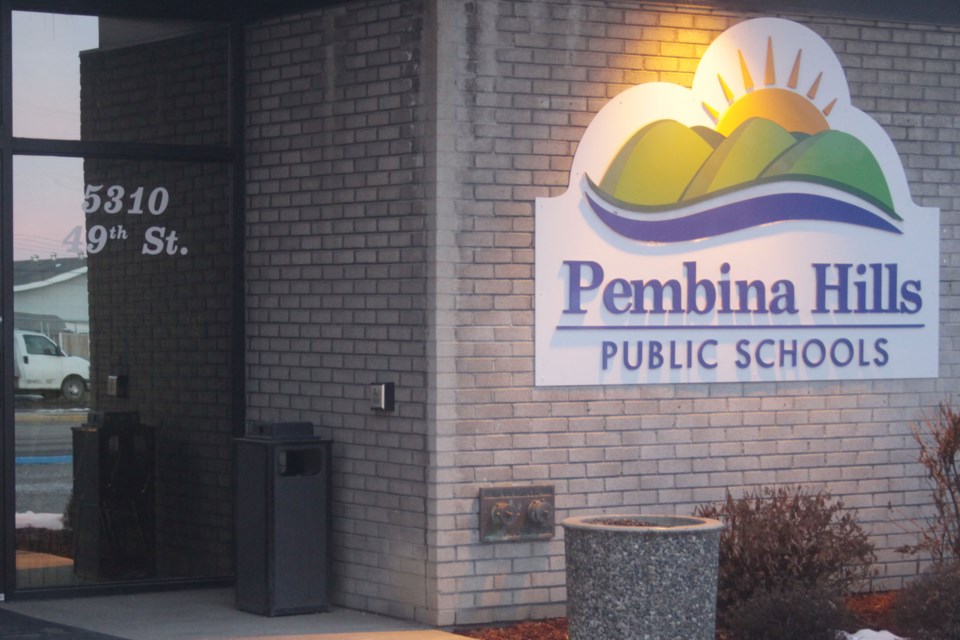 Pembina Hills has had to revise its original budgeted deficit of $2.272 million for 2019-2020 to $2.505 million as a result of lost provincial funding and increased costs.

BARRHEAD - Skyrocketing insurance costs, the elimination of three provincial grants and declining enrolment numbers have added about $233,000 to the operating deficit originally projected by the Pembina Hills School Division for the 2019-2020 school year.

Secretary-treasurer Mabel Wang told trustees during their Nov. 26 meeting in Barrhead that the division originally anticipated a $2.272 million deficit this year, but that figure has now been revised to $2.505 million.

The revised budget figures were part of an overall presentation on the 2018-2019 audited financial statements.

School division operating budgets are normally approved following the release of the provincial budget, which usually occurs in March, or April. This year, however, the newly-elected United Conservative Party (UCP) opted to delay releasing a provincial budget until Oct. 24.

“One of the objectives at that time was to draw down reserves,” Wang said, noting that the reduction in reserves would bring it down to less than five per cent of their operating expenses.

In the Oct. 24 budget, the province eliminated three major grants, the largest being the class size reduction grant, which equaled $1,670,642.

That grant was roughly equivalent to 3.21 per cent of the division's total funding from Alberta Education.

Next, the province also eliminated the school fee reduction grant, which had been originally provided to school divisions in lieu of the fees they originally charged parents up until the passage of the School Fee Reduction Act in 2017. For Pembina Hills, that grant equaled $405,651, or 0.78 per cent of its funding.

Finally, the province eliminated the classroom improvement fund grant (CIF) of $843,606, which was roughly equal to 1.62 per cent of its funding from Alberta Education.

However, it should be stressed that unlike the previous two grants, Pembina Hills had actually anticipated the elimination of CIF because it was a one-time grant negotiated as part of a collective agreement with teachers.

“It was not a surprise to us,” said Wang. “However, the elimination of this grant does represent less money for us going forward.”

When added up, those three grants equal $2,919,899 in lost provincial funding. To ease the blow, the province is providing a one-time transition money to Pembina Hills that is projected to be $2.087 million, so the net impact of the provincial budget is only $832,899.

Even so, Supt. David Garbutt stressed in a separate interview that this is a “one-time transition grant,” so Pembina Hills will not have this funding to work with in the 2020-2021 school year.

On top of the reduction in grants, Pembina Hills is also taking a hit as a result of losing a total of 46 Grade 1-12 students this year, which is slightly mitigated by a gain in nine Kindergarten and pre-school students.

(It is worth noting that the Alberta government is renewing funding for the school nutrition program, which provided $166,000 to Pembina Hills, however, this money can only be used for nutrition programs.)

Keeping in mind that Pembina Hills projected a $2.272 million deficit, much of these revenue losses have already been accounted for.

As well, Pembina Hills benefiting from a few other factors. For instance, the fall budgets for schools had been slightly better than anticipated, freeing up an additional $56,547.

As well, the division also had $321,000 left over in funding that was originally supposed to be distributed to schools under the 2019-2020 allocation formula.

However, those small gains are being erased by an “unprecedented insurance premium increase” this year, Wang indicated.

The division’s property insurance premiums are rising this year by $584,363, a whopping 276 per cent over the previous year. For reference, salaries and benefits for the entire facilities department at Pembina Hills is budgeted at $594,387.

Trustee Jackie Comeau asked what the rationale was for the huge increase in insurance costs.

Board chair Jennifer Tuininga replied that Alberta is one of the worst provinces across Canada for insurers due to the excessive number of fires, floods and windstorms that have occurred in recent years.

Comeau asked if other school divisions like Fort McMurray would see higher increases in their insurance. Tuininga said that because they are part of a reciprocal, everyone’s insurance premiums increase by a certain amount.

The only way to reduce that amount is to potentially look at reducing the amount of insurance they have on properties or opting for a higher deductible, she indicated.

At the end of last week, Pembina Hills sent home with students a newsletter outlining some additional steps the division is taking to address the funding shortfall.

The statement, which is signed by Tuininga and Supt. Dave Garbutt, said the board has passed a motion implementing a number of changes for the 2019-2020 school year.

For instance, Pembina Hills is eliminating the advertising of Board News that followed each meeting. These advertisements, which appeared in the Westlock News, Barrhead Leader and Swan Hills Gazette, cost an estimated $9,000 annually.

Other changes include eliminating the school relocation incentive, which reimbursed new and existing employees for up to $2,500 if they moved into the division; eliminating out-of-division professional development for staff unless previously approved; listing for sale a division-owned rental property in Swan Hills; eliminating three teacher-coordinator positions; and eliminating division/school-funded lunches at board meetings.

As well, the annual Pembina Hills Satisfaction Survey will only be conducted online and the division will no longer hire temporary employees to conduct phone surveys.

Garbutt noted in an interview the trustees will do their best to minimize the impact of funding reductions and increased costs in the classroom moving forward.

“That is going to be very hard to accomplish,” he added.