Panel of teachers cite challenges of COVID-19 pandemic and numerous issues with curriculum in recommending against pilot
Apr 30, 2021 8:30 AM By: Kevin Berger 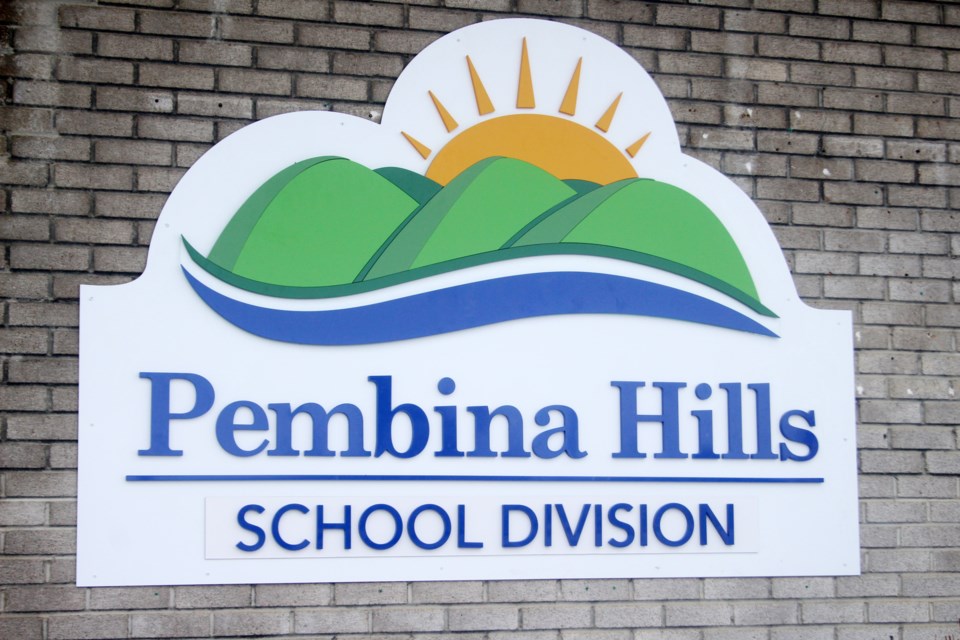 Pembina Hills trustees voted unanimously at their April 28 meeting not to participate in the piloting of the draft K-6 curriculum in the 2021-2022 school year. The draft curriculum had been announced by the provincial government in March and is currently slated to be introduced in the 2022-2023 school year.

At the recommendation of two dozen teachers and other staff who reviewed the draft K-6 curriculum, Pembina Hills trustees unanimously voted at their April 28 meeting to not participate in any pilot of the curriculum during the 2021-2022 school year.

Trustees also passed a motion to have board chair Jennifer Tuininga and senior administration draft a letter to local MLAs, the Education Minister and Premier Jason Kenney communicating the board’s decision against piloting the curriculum.

The Alberta government had first released the draft K-6 curriculum on March 29, 2021. The province’s intention was to have school authorities test the draft curriculum in September before implementing it provincewide in the 2022-2023 school year.

While a number of other school boards have publicly declined to participate in the pilot, Pembina Hills’ administration held off on making a recommendation to the board so that they could enlist local teachers to submit feedback on the curriculum.

Assistant Supt. of Education Services Mark Thiesen said they asked principals to nominate teachers who had taught at their current grade level for several years. A total of 22 teachers and two Education Services Co-ordinators were ultimately involved in putting together a detailed analysis of the draft curriculum, which can be found at the Pembina Hills website.

Notably, all 24 educators who participated in the review recommended against piloting the draft curriculum “in any way, shape or form,” said Thiesen.

'Not good for our kids’

Multiple reasons were cited, the first being that piloting the draft curriculum would take away time and energy that should be spent on the priorities of the 2021-2022 Education Plan.

Pembina Hills trustees had in fact approved the priorities of the Education Plan at their April 14 meeting. More detail is given in the actual Education Plan document, but in general terms, the three priorities are Student/Staff Relationships, Literacy and Numeracy, and Support for Staff.

“We were unable to find a positive impact of piloting that would support any of the three priorities,” Thiesen said.

The second major reason for not piloting the draft curriculum was the impact of the COVID-19 pandemic on student achievement.

Thiesen said that through classroom assessments, they know that students have been affected by the shutdown of schools throughout the province in early 2020, as well as the various periods of isolation that have occurred throughout the past year.

Teachers throughout the division are working hard to address those gaps and bring students back to the level of learning that they were pre-pandemic, he said. Attempting to pilot a draft curriculum while also attempting to fill in those gaps would be problematic.

Thirdly, teachers themselves have their own COVID-related worries and fears to cope with, Thiesen said.

“Adding this to their work next year would be just an unnecessary additional burden,” he said. “We really want our teachers to recover next year in a normal, typical teaching and learning environment.”

The logistics of piloting a new curriculum was cited as the fourth reason for not participating. Thiesen said there are issues within the draft curriculum related to sequencing, ie. students are expected to know certain concepts in, say, Grade 4 that they have not yet learned in the current curriculum.

As well, students in a piloting class would miss out on elements of the current curriculum that are further developed in subsequent grades.

Thiesen said there hasn’t been a good answer from Alberta Education as to how they can bridge from the current curriculum into a full-scale pilot.

Teachers also found there were concepts in parts of the curriculum that would be “significantly out of reach of the mindsets and understand of students in Grade 1, 2 and 3.”

While that could be partially addressed by finding age-appropriate resources to assist in educating students, Thiesen indicated that would require considerable time and effort, especially given the number of learning outcomes that have been introduced at every level.

Finally, teachers identified numerous issues with the content of the curriculum, which had largely been developed without the feedback of educators.

A number of concepts were cited as “developmentally inappropriate for their grade level,” such as expecting five- and six-year-olds to recognize distance using imperial or metric units or the expectation that six- and seven-year-olds could connect with and understand the concept of feudalism.

Teachers also cited problems such as expecting seven- and eight-year-olds to identify features of a sonnet, nine- and 10-year-olds to study economics and civics concepts like mixed and market economies, or 10- and 11-year-olds to compare the economies of Canada, the U.S. and one other country.

They also found that some items that would have been in the old curriculum and were deemed critical for certain age groups had been removed.

While there were aspects of the draft curriculum that were deemed reasonable, Thiesen indicated those items were rare.

Teachers also took issue with the sheer volume of outcomes in the curriculum. In the current curriculum, a teacher might spend upwards of 450 minutes on one learning outcome, but in the draft curriculum, they were looking at just 50 minutes per outcome.

The draft curriculum also failed to account for the diversity of learners and principles of inclusion, Thiesen said. Children with speech and language delays and other academic challenges are not recognized, and he noted there was a poor integration of Indigenous perspectives.

In fact, he said there were areas where Indigenous perspectives were simply “tacked on” in subjects like science and math, and the learning outcomes in one area would have no relationship to the outcomes in other areas of the curriculum.

Teachers also cited issues around an inaccurate translation of French phrasing and words, as well as the removal of flexibility for teachers to connect outcomes to a children’s background.

Thiesen concluded his report by thanking the educators who participated in this process, noting that he had asked them to hold on to their notes in the hopes that they may be able to provide feedback to the province in the future.

“My final comment on it for you folks to consider is that this draft curriculum is not good for our kids,” interjected Supt. Dave Garbutt.

“In fact, I submit that it is detrimental to their learning, period. That’s where we’re coming from as far as senior admin.”

Tuininga also thanked the staff who were part of this review, adding that she thought they had done an excellent analysis and it was well worth the time to get their feedback.

In particular, she drew attention to Garbutt’s comment about the lack of benefit to students, noting Pembina Hills’ mandate is to provide an excellent education to students.

Tuininga said the board had received about a dozen letters from parents and former staff members sharing their views on this draft curriculum, some of which had also been sent on to the Premier and Education Minister.

Trustee Jackie Comeau said she may have received more feedback on this topic from people stopping her on the street and from educators in her extended family than anything else she has dealt with in her years as a trustee.

Trustee Kerry McElroy encouraged the public to read the full report prepared by their panel of teachers, adding, “It’s mind-boggling some of the items that they're trying to include at different age levels."

Referencing the many years she spent as a Kindergarten and elementary school teacher, trustee Judy Lefebvre said, “I thought the content was totally unacceptable and inappropriate for those age groups.”