Westlock Childcare Society questions decisions being made about childcare in Alberta
Mar 12, 2020 11:50 AM By: Andreea Resmerita 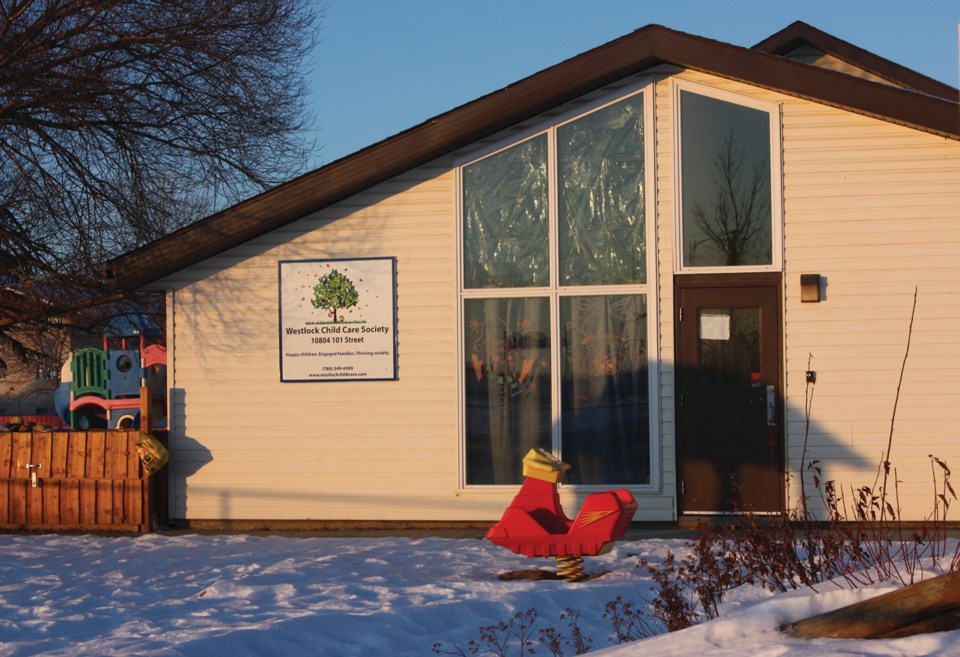 Childcare providers will longer need to be accredited following a decision by the Alberta government to eliminate the process in the name of reducing red tape.

Children’s Services minister Rebecca Schulz made the announcement March 2, but educators and their associations have since pointed out no consultation was previously held.

As of March 5, Villeneuve had not received any government communications.

While licensing sets out the minimum standard of care each early learning centre must follow (e.g. ratio of educators per children), accredited programs have gone through a three-year process of identifying specific areas of learning and care in which they are consistently improving.

This is done on the basis of six standards and 129 indicators, explained Villeneuve, on things like the importance of outdoors physical activity.

“Accredited programs were looking at these 129 indicators and saying, OK are we meeting these, how are we meeting them? It was a lot of paperwork that you could be doing, they were recommending about 200 hours in a year, so about an hour a day, which is doable.”

The amount of hours spent on accreditation paperwork was the main reason Schulz cited in her statement, specifying that “child care centre operators and workers have been clear that the accreditation process added unnecessary red tape, causing workers to spend hundreds of hours on paperwork rather than focusing on care for children.”

Seeing as there was no consultation, the origin of the minister’s statement is unclear.

“There are 16,000 educators in the province who are tied to accredited programs and there are 2,000 who are not. With this change, the 2,000 that are not, they will also receive the staff support funding that was originally tied only to accreditation,” explained Villeneuve.

For Villeneuve, the end of accreditation does not mean that the society she runs will disregard the aim of the program to have educators improve constantly.

It does, however, impact the funding they receive, especially from April 1 until the fall, when the licensing program will be under review. A childcare provider can receive up to $1,200 per educator from the government as an accredited program operator. Currently, no operating expenses for societies, or private businesses are covered through grants. All the funds received go directly to educators.

For programs like this, it also doesn’t mean any less paperwork since Villeneuve plans to keep the standards that an accreditation process normally checks for.

The burden with accreditation, said Villeneuve, was not necessarily the paperwork, but finding ways to improve segments of programming that were already going well, since programs are scored highest for consistency and intention to improve.

The end of accreditation also means that “child care operators will continue to have access to the provincial curriculum or may choose to implement a child care curriculum that meets the needs of their communities,” reads the minister’s statement.

This, however, goes against the recommendations of the Association of Early Childhood Educators of Alberta.

In a working paper released by the AECEA ahead of the licensing review process, the organization recommend all licensed and accredited programs in Alberta adopt ‘Flight,’ the provincial early learning curriculum framework.

Flight is in operation at all accredited centres.

The government plans to take into consideration the changes to accreditation during the Child Care Licensing Act review process.

Villeneuve points out that based on the minimum standards of care set out in the Act, the province has received very low marks in this sector.

The Atkinson Centre for Society and Child Development at the University of Toronto releases early childhood education report cards every three years, grading each province and territory on a 15-point scale.

In the latest report from 2017, Alberta received 6.5 points, the third lowest in the country, only ahead of Yukon and Nunavut. This year, the report is being updated.

With the licensing review Villeneuve hopes to see those recommendations from the AECEA seriously considered by the provincial government.

“Without any consultation, I really wonder about the systemic management that’s happening within the government right now. It seems to be very ill-thought out. I know from my own educational background, if you invest in communities, if you invest in families, they can go back to work, they pay income tax which then funds programs.

“Just cutting everything is going to lead people to leave because what’s the benefit of staying?”

County council abandons afternoon meeting
Jul 10, 2020 11:38 AM
Comments
We welcome your feedback and encourage you to share your thoughts. We ask that you be respectful of others and their points of view, refrain from personal attacks and stay on topic. To learn about our commenting policies and how we moderate, please read our Community Guidelines.