Consultants will reach out to business leaders in the three communities
Mar 30, 2021 9:40 AM By: Andreea Resmerita 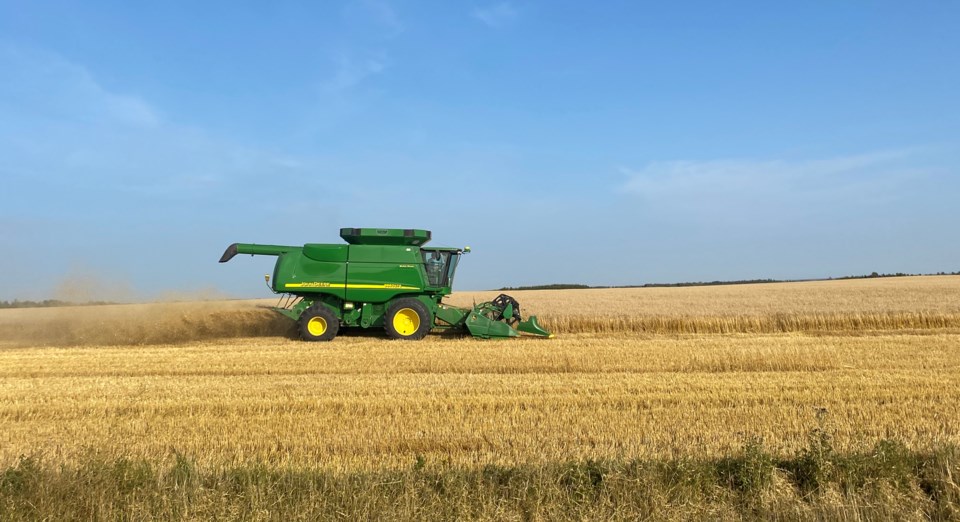 Elected officials in the Westlock region think they can build economic development around existing assets, like agriculture.

WESTLOCK — At the first meeting of the Regional Economic Development Advisory Committee on March 10, representatives from the three area municipalities laid out the first steps towards a vision for economic development in the region.

With a consultant officially on the payroll and a $350,000 grant application submitted to the provincial government, municipal leaders are also looking for input from the business community. Darrel Toma, the REDAC consultant, will be reaching out to business owners — the committee calls them ‘champions.’

They are looking to get a strategic plan in place for the region, and elected officials gave their input at the meeting into areas of possible interest for expansion.

Waste management has a lot of potential, says Westlock County councillor Isaac Skuban, who brought up the recent proposal from a farmer-led group to operate a compost facility at the Westlock Regional Landfill.

“It’s a very intricate project and hopefully we see it constructed by the end of the summer. I guess there’s a lot of potential there to become a regional hub, there’s conversation about it, if there’s demand it would be really nice to kind of bring that to Westlock County.”

Town of Westlock mayor (and REDAC chairman) Ralph Leriger agrees: I like that compost project, but if you think about the potential of waste energy, maybe incineration of ag plastics or something, I think that there’s real opportunities there.”

“This is a conversation that we’ve had with multiple community members, about how waste energy is becoming a big thing. This isn’t necessarily a conversation about us bringing in other waste, but really doing something different with the waste that’s brought into our own community,” added town Coun. Murtaza Jamaly.

Jamaly also thinks post-secondary education has been a useful tool for attracting and retaining people in other communities that could work in the Westlock area.

I feel like there are other communities like Olds and Vermillion that have the presence of a college that have really driven a lot of their economic development that aren’t that different from us: agricultural, very proximal to a big city.”

Another potential for the area rests on agriculture: grow-ops, greenhouses, breweries, that could all feed on what’s already here.

“The agriculture industry has been coming up with some different ways of selling their goods directly to restaurants in Edmonton. They’re grown here and straight to the city, fresh fruit and vegetables,” and that should be promoted, said Laurie Strutt, the county’s director of planning and community services.

Toma says he has experience working in local food industries and “greenhouses is definitely one that I think can be fostered and encouraged, and that can lead to a food hub.” He said agricultural technology is something the REDAC should also think about, in conjunction with education.

The existing transportation network in the area has its potential as well, REDAC members say.

County deputy reeve Brian Coleman (who sat in for reeve Jared Stitsen) says long-term, they should take into consideration the proposed Alberta to Alaska railway that will tie into the existing network.

The intersection of Highways 2 and 18, a major node for north to south access, could benefit from some additional development, and so does the Westlock Municipal Airport, suggested town CAO Simone Wiley.

“We need to recognize that we’ve had that large trading area for a long time, and essentially we’ve been an agricultural community. I think that there are opportunities on value added ag. I think sometimes we can underestimate our manufacturing sector,” Leriger said.

The area also has potential for tourism, with Echo Lake as a camping and hunting ground that could see further development.

Leriger thinks that the REDAC could further partner with other regional hubs: “Certainly, our availability of land might be of interest,” he said.