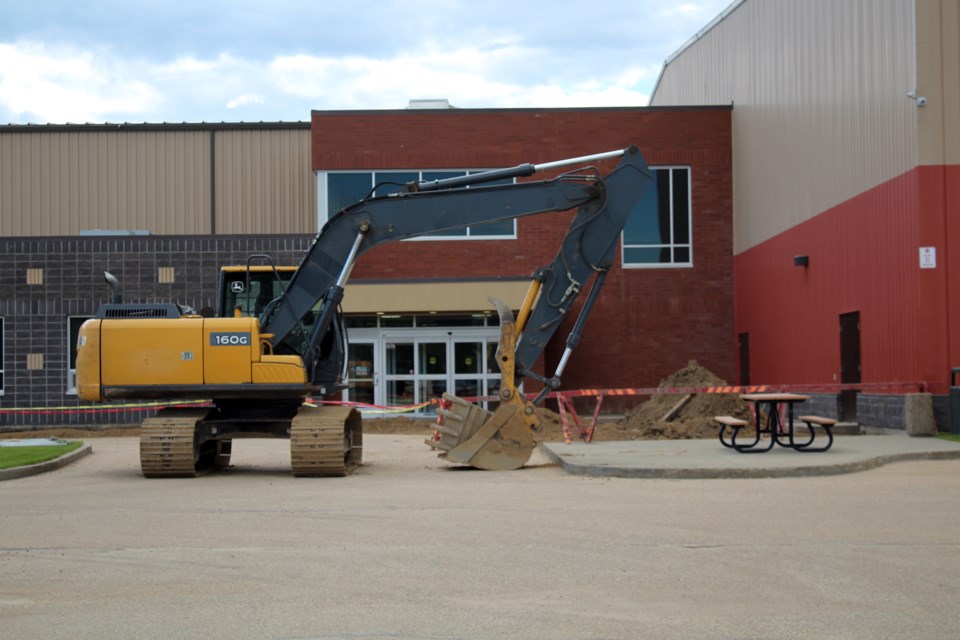 The Athabasca Multiplex is still under construction. Although they expect to be done soon, Coun. Rob Balay doesn't think it'll be before July 1. Photo: Heather Stocking/T&C

No municipality in the Town & Country region expects to open recreational facilities any earlier than June 29.

The Westlock Rotary Spirit Centre is set to reopen June 29, the Town of Barrhead is also waiting until the end of June (no date announced yet), and the Athabasca Multiplex is delaying until early July.

“Right now, we’re getting our plans together. Of course, with three days’ notice, (it’s) a little bit challenging to determine what parts… even operating hours and what we need to do to be open,” said Town of Westlock CAO Simone Wiley on Thursday.

“It’s the ones that are more recreation-specific, using gym equipment, we didn’t know what that looked like.”

Before reopening, some gym equipment will be moved to accommodate physical distancing and programming has to be worked out with the contractors who run out of the facility.

“Initially, from my look at the guidelines, we have the space to accommodate the majority if not all of the programming that was going on in the Spirit Centre prior to the closure,” said Wiley.

As Town of Barrhead officials commented in an update on their website, they weren’t aware rec facilities would be included in Stage 2. The original reopening strategy had gyms scheduled for reopening in Stage 3.

“In the coming days, we will be moving ahead with understanding and facilitating the restrictions as set forth by the province, filling and heating the pool, as well as hiring and re-certifying staff. We are planning for a late June tentative opening, as long as we can facilitate the requirements to do so,” reads the statement.

Westlock rec staff is also working on the re-entry plan, said Wiley, but no mention was made of needing to re-hire people.

“We decided to take advantage of being closed and get that project done so that we won’t have to do a shutdown in September,” said Wiley.

Meanwhile Athabasca Coun. Rob Balay, who chairs the Multiplex committee, doesn’t think their facility will be open before July 1.

“Builders are still in there doing remediation on the pool as part of warranty work so that needs to be done and we would need to fill the pool,” said Balay.

Staff will have to be re-hired and retrained in Athabasca as well.

“We will know more after our June 22 meeting and people can watch the website for updates,” said Balay.

Premier Jason Kenney announced June 9 the province was moving to Stage 2 of reopening starting Friday but surprised operators when he listed gyms and rec facilities too. They were originally included in the third stage of the reopening strategy.