Chief says blaze melted solder on the waterline which stopped it from being worse
Apr 30, 2021 12:00 PM By: George Blais 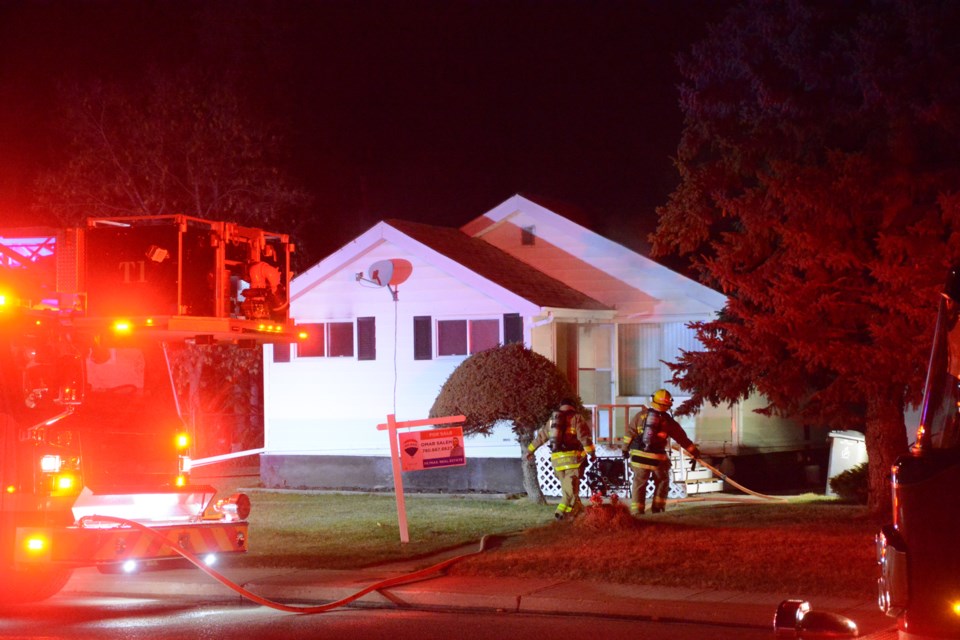 Town of Westlock firefighters responded to an Eastglen-area structure fire around 4:20 a.m. April 30. The blaze, which started in the basement, was quickly extinguished, while the resident suffered minor to burns to his fingers. Les Dunford/WN

WESTLOCK – An Eastglen-area resident suffered only minor burns to his fingers following an early-morning April 30 structure fire partially contained by a broken waterline.

Six Town of Westlock firefighters responded to the blaze at 10548 104th Street around 4:20 a.m. Friday morning. Chief Stuart Koflick said on arrival the resident was already outside and smoke was thick inside the home.

“We located the fire in the basement of the home and it was quickly extinguished. The cause of the fire was accidental,” said Koflick Friday morning, noting Westlock County was initially called as back-up, but were stood down.

Although the fire was minor, Koflick said it could have been much worse as the smoldering basement blaze actually melted solder on the waterline causing it to rupture and partially contain the flames. As well, the home had a working smoke detector which woke the resident from his slumber and allowed him to get out safely.

“The fire had been smoldering for a little bit of time so there was a lot of heat and smoke damage in the basement which melted the solder copper on one of the waterline joints nearest the fire and that actually acted as a sprinkler and confined the fire to one area. So, it could have been a lot worse if the waterline had not ruptured,” the chief noted.

“Absolutely it passed with flying colours. The pump operator performed well, this was definitely the first time that he had to get water through the pump being under pressure and everything just fell right into line.”