Terry Barber next on CATS bill

The countertenor performs Jan. 24 with musical theatre inspiration
Jan 24, 2020 8:27 AM By: Andreea Resmerita 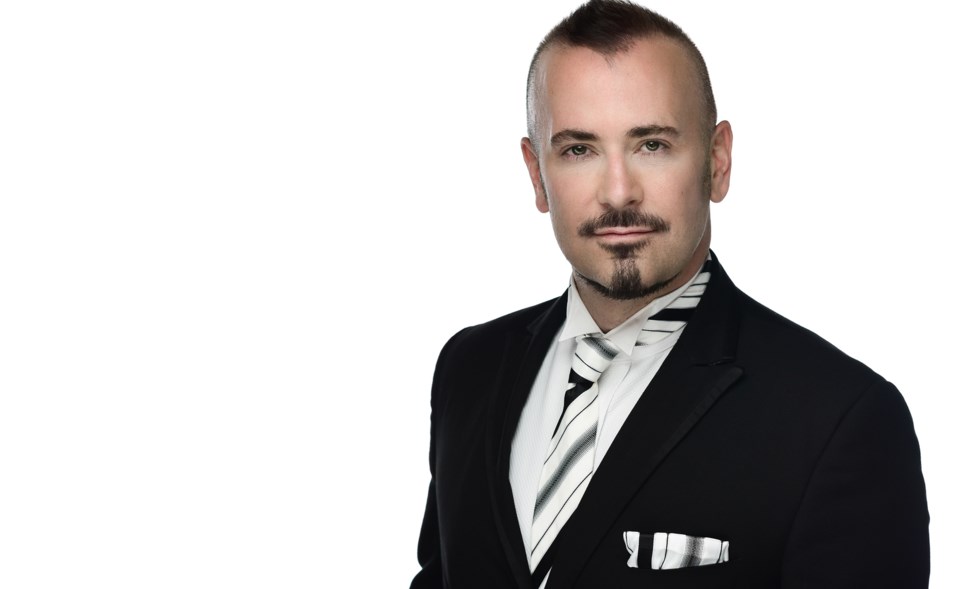 Terry Barber, a classically-trained countertenor whose vocal range matches that of Freddy Mercury, will be bringing to the CATS stage some of Andrew Lloyd Weber’s best musical theatre numbers for the latest installment of the CATS Theatre Series, set for Jan. 24 at 7:30 p.m. Supplied

WESTLOCK - CATS Theatre Series ticketholders will be treated to a selection of Andrew Lloyd Webber’s best musical theatre compositions Jan. 24, as interpreted by a countertenor with more range than most in both vocal ability and showmanship.

Terry Barber is a classically-trained musician who has worked in places like the Metropolitan Opera House in New York. He sees that training as the essential tool set for any artist. But it was also at the Metropolitan that he had a change of heart.

“I remember looking around and thinking that I carved kind of a small niche for myself, and the kind of work that I was doing as a countertenor, being kind of a purist … I had one of those moments when you question everything that you’ve ever done and I decided to change directions.”

Now, he’s using that tool set to make more popular music, which is suitable for a self-described optimist who likes being around people.

He’s found connections with people everywhere, from Moscow to here, in northern Alberta. In fact, the conversation happened as he was en route to Slave Lake for a performance.

As for Andrew Lloyd Weber’s music, “I was attracted to the breadth of repertoire and how many hits there are. Some of my favourite musicals of all time are Jesus Christ Superstar, Evita and Phantom of the Opera,” said Barber.

Most people have heard Don’t cry for me, Argentina, likely as sung by Madonna in the 1996 Evita movie. The question is how does an artist turn from something like the life of an Argentinian first lady and fighter for the rights of the descamisados (the shirtless, the poor) to Phantom of the Opera successfully?

Barber says when he arranged the order of the songs, the key was context.

“Part of my platform is to help the audience connect with the art as much as possible. I talk and introduce every song. I try to take them on a journey … My Master’s is in historically informed performance so I do exhaustive research as a starting place, but the things I share with the audience are based more on entertainment … My goal is to deliver the piece in the context of the character.”

So it’s some information, but only enough that the experience of the song is not lost for those who might not know about Eva Perón, for example.

Sometimes, the song might have been selected for a personal reason: one from Sunset Boulevard is dedicated to his mother.

There’s another interesting aspect to how Barber created and scheduled the programme. He explained that in a classical setting, similar songs would be grouped together, but his approach was the opposite.

“I put the most rock piece and the most classical piece right next to each other on purpose to kind of keep (the audience) engaged.”

This also means that Barber’s exceptional vocal range will be that much more evident.

“My hope is that people will come and say, ‘That’s what I was hoping to hear’ … and then maybe even leave with new favourites.”

Some of those are, as he put it, underexposed Webber songs that he thinks deserve more attention and they should make for a nice surprise to audiences. But among the Webber repertoire, he’s included fan favourites from his other shows – watch out for Les Misérables and Freddy Mercury songs.

Speaking of the Queen front man, it’s worth noting that Barber’s vocal range is on par with Mercury’s at four and a half octaves. The way he explained it, popular musicians with a countertenor range would be The Bee Gees (just think of Stayin’ Alive, the best CPR song) or Prince.

Touring with Barber is Michelle Foster, a pianist of many other talents: “singing actress, dancer, producer and music director,” he said.

Duets are to be expected.

Boyle-area COVID cases jump by four
Nov 23, 2020 4:04 PM
Comments
We welcome your feedback and encourage you to share your thoughts. We ask that you be respectful of others and their points of view, refrain from personal attacks and stay on topic. To learn about our commenting policies and how we moderate, please read our Community Guidelines.