The struggles of the mother 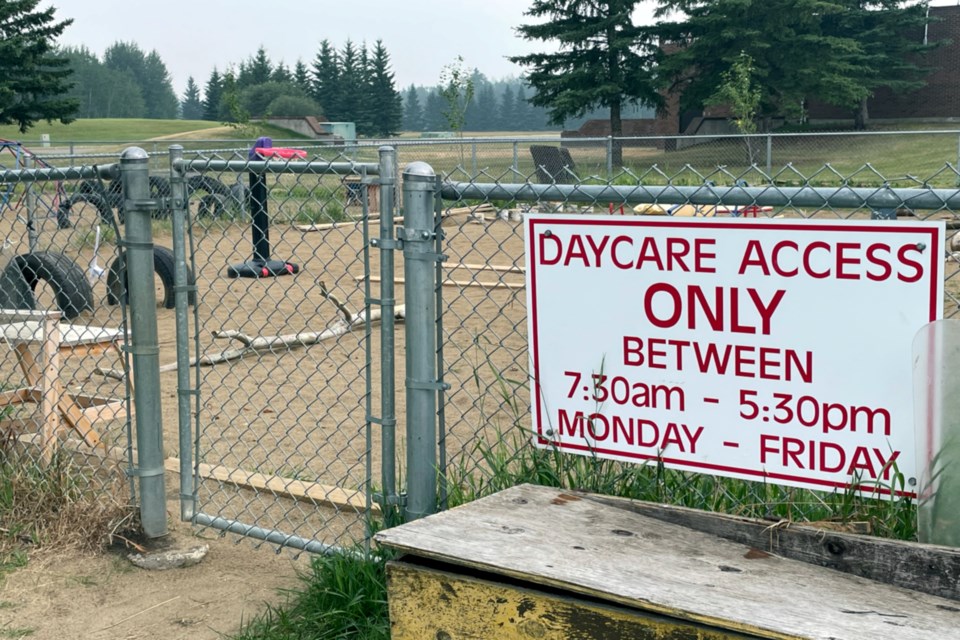 Childcare disproportionately falls to women and the COVID-19 pandemic has highlighted the need for accessible, affordable childcare not only across the country but in Athabasca and area so they can return to work like their male counterparts and lack of accessible daycare options hinder them even further.Heather Stocking

ATHABASCA — It’s one thing if where you live is flat, or at least flatter than Athabasca, but the quaint town spread across the river valley is not built to accommodate those without access to a vehicle.

Christine Villeneuve, the executive director of the Westlock Child Care Society (WCCS), is aware of the lack of convenient childcare spaces. The WCCS runs accredited day homes in Athabasca, Barrhead and Westlock which Villeneuve sees as a way for some women to end three common issues -- joblessness, lack of childcare and lack of transportation.

She added WCCS recently received a grant to expand their day homes to Swan Hills, Onoway, Lac La Biche and Boyle, but that does little for the 75 children in the Athabasca, Barrhead and Westlock areas on a wait list.

“Sometimes daycares aren't a good fit for all families and so we'd like to give them options, ‘Here's a family day home we have; you want to check them out?’” said Villeneuve. “But when you don't have family day homes – I mean I can open 15 more homes.”

“I do have one individual who I've been working with, who has temporarily had a family member come and assist her for a couple months while she gets started with a new job,” said Byers. “Back in February the majority of the people that I was working with were mothers who were unemployed, and so we had two sort of things to accomplish – we had to figure out childcare, and we had to figure out work.”

Byers noted there is no childcare and fewer jobs in Boyle meaning many people commute to Athabasca, something not feasible for a low-income family with no vehicle. There is a daycare in Athabasca, Barrhead and Westlock and Villeneuve did not say how many day homes other than there are four in Athabasca.

"From some of the problem solving that I'm doing with people, we need to really look at can we find (the) job, and the childcare and a home that are all in close proximity to one another,” Byers said. “And this isn't an easy town because they still have to get groceries and stuff too.”

Federal Finance Minister Chrystia Freeland announced April 19 $30 billion will be going toward $10-a-day national daycare program like the one in Quebec, but it is optional for every province. British Columbia and Nova Scotia were the first to sign up.

Quebec starting earning back the investment through tax revenues as working mothers contributed to the economy, and as early as 2004 – eight years after it started – the program was paying for itself and by 2008 was generating revenue for the province; over $200 million annually.

“We absolutely recognize that many parents are struggling with the burden of childcare and work; that the cost of childcare, the availability of spaces is a serious challenge for parents … but our first read of the federal policy announced (April 19) is that it is only for a kind of cookie-cutter, nine-to-five, urban, government- and union-run institutional daycare options which excludes the vast majority of parents,” Kenney said in response to a reporter’s question during an Apr. 20 COVID briefing.

Kenney’s concern is the federal money will only go to licensed daycares and day homes even though all current provincial subsidies for fees are only offered through accredited centres; no different than the federal plan.

Rebecca Polak, press secretary to Alberta Children’s Services Minister Rebecca Schulz, said in a statement July 13 Alberta is now working with Ottawa on the funding, but the pledge from the Liberals will take a minute to impact the pocketbook – five years before childcare is fully $10 per day – but by 2022 they want current fees cut in half.

And more day homes would solve the premier’s concerns with access for shift workers, rural families and more because licensed day homes can have expanded hours and were exempt from the COVID closures as the children were considered a cohort.

“Because they're self-employed, they can do almost what they want. If they want to provide overnight care, they can; if they want to do weekends or extended hours – which is before 6 a.m. or after 6 p.m., they can. We work with them to support them in providing that kind of service,” said Villeneuve. “I really need people to speak up and say I want to know what it's about; at least have that conversation.”

She said she is hopeful more people will sign up to become day homes and once fees are reduced even more next year, that frees up money low-income mothers and families can be put toward transportation. Not an immediate fix, but a step in the right direction.