Upped provincial COVID-19 restrictions will keep football team on the sidelines
May 11, 2021 1:00 PM By: George Blais 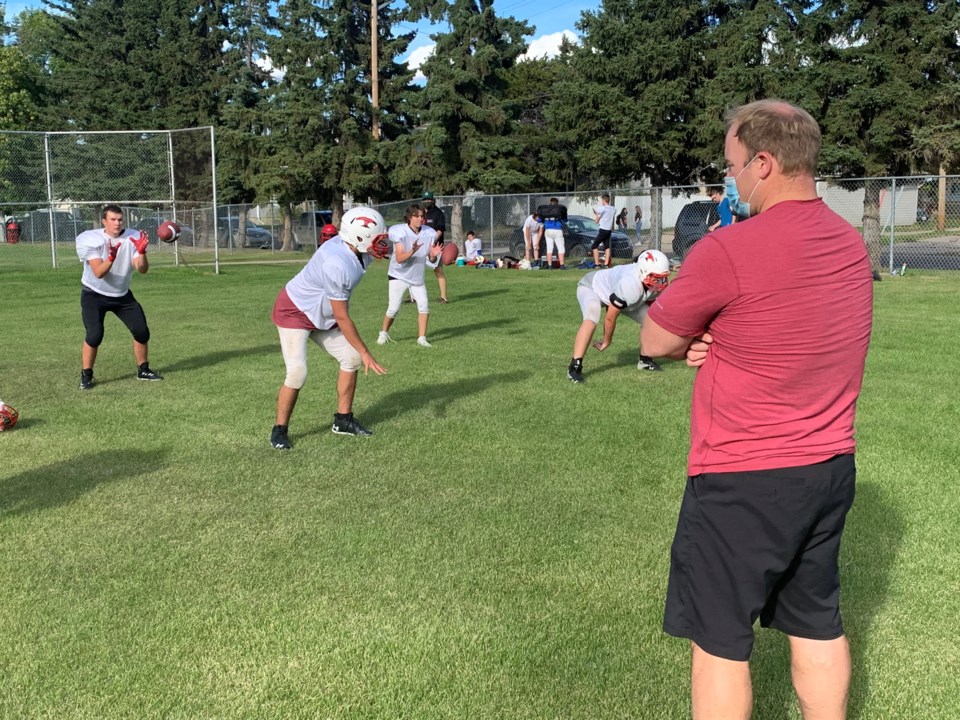 The Westlock Thunderbirds will remain sidelined until at least August due to current COVID-19 restrictions. In past years the club would have held its spring camp during May.

WESTLOCK – The Westlock Thunderbirds football team will remain sidelined until at least August due to the current provincial COVID-19 health restrictions.

Thunderbirds head coach Jon Kramer said they had hoped to be able to run their annual spring training camp in May, but current provincial restrictions ban games and competitions where two-metre distancing cannot be maintained at all times — basketball, volleyball, soccer, football, slo-pitch and road hockey are all currently prohibited.

“We’ve had Plan A, B, C, D, E, all the way along. At the beginning of March the ASAA (Alberta Schools’ Athletics Association) had freed us up and we could start mid-April and run until the end of June. Their hope was that if the cases were low we could have a season for our Grade 12s, which is what it’s all about,” said Kramer.

“But once cases started increasing … we’ve been holding out hope all along and even still we thought that maybe there’d be a chance in June. But really what is the appetite for the province, the schools and the school division — the last thing you want is an outbreak right before finals.

“So our main thought is that we’re probably done for the spring and we’ll now look at starting fresh mid-August when we’re allowed to again.”

Kramer looks back on last fall’s abbreviated football season, which mainly centred around practices, and says the kids enjoyed every moment.

“I know when we were going last fall they just loved it, just being around each other. It had been a long six months they had been sitting home. Kids just want to do stuff again,” said Kramer.