Writer, jazz musician and former CBC Radio host has a story to tell about friendship
Jan 9, 2020 3:29 PM By: Andreea Resmerita 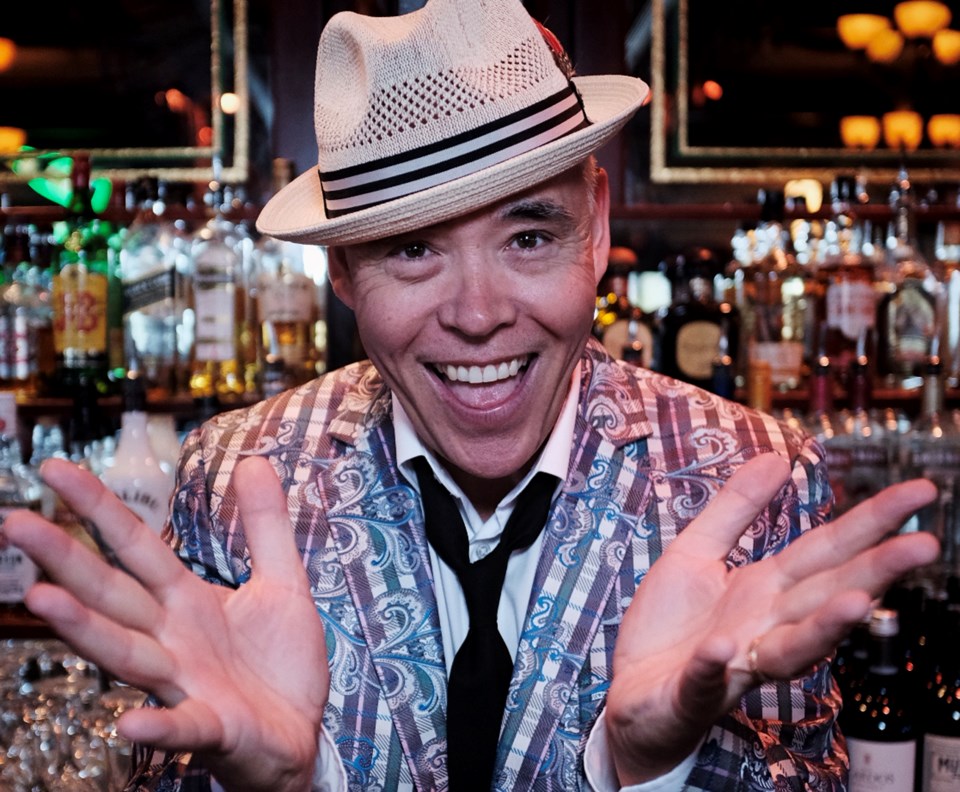 Tim Tamashiro will bring his show, "When you’re smiling", to Westlock Jan. 10 as part of the Westlock Cultural Arts Theatre Series.

WESTLOCK - The Westlock Cultural Arts Theatre Series will reach mid-season with the Jan. 10 show, a story of friendship between three of the biggest names in music in the 1960s: Frank Sinatra, Dean Martin and Sammy Davis Jr.

Tim Tamashiro has a long list of job titles, occupations, inspirations, but this week on the CATS stage, and certainly last week during the phone interview, three of them naturally fell into place together as he sketched the show he’ll be performing, When you’re smiling.

“These guys, they could have very well been competitors and ‘enemies’ but instead they came together because they just enjoyed each other’s company so much and had a really good time doing it. Wouldn’t it be great if the world was a little more like that?”

Tamashiro, who hails from Blackfalds (he actually wrote his Christmas show around his childhood there), hosted a jazz show on CBC Radio for over a decade until his departure in 2017. How that experience transcended into his music-making is visible in the makeup of this show.

Radio helped Tamashiro become a better writer, and the spinal cord of When you’re smiling is ultimately storytelling: how did these three people become friends and end up in Las Vegas in the 1960s?

The musician in Tamashiro intervenes in the chronological story with a song from the repertoire of the main characters that matches the time frame, the place, or the episode – a simple but effective strategy only made better by the fact that he doesn’t forget humour either.

It’s all the more beneficial to hear about how this show came to be, itself a story of circumstance.

Two years ago, Tamashiro was scheduled to perform with Tommy Banks (conductor, host, and ultimately senator) in Fort Saskatchewan and Spruce Grove.

“Tommy fell ill, he was diagnosed with a severe form of cancer, he was facing his mortality ultimately. But he got a hold of me and said ‘Tim, I can’t do these shows with you but make sure you hold on to the dates and you do something that is just entertaining and wonderful.’”

That’s how When you’re smiling came to be, enmeshing music, stories and one more thing Tamashiro has become known for: ikigai.

“The whole ikigai journey culminated when I wrapped up my show at CBC (in 2017). It was my choice to leave CBC … to do what I love and to do what I’m good at, and to have that be a benefit to the world and be rewarded for it. That’s the four tenements of ikigai. The most wonderful things happened when I started doing that … the people just embraced the show so warmly.”

Tamashiro wrote a book, How to Ikigai: Lessons for Finding Happiness and Living Your Life’s Purpose, has given talks on the philosophy as far as Paris, France, and traveled to Okinawa in Japan where ikigai originated.

An island nearby also happens to be the homeland of his grandparents.

For most people, he says, the first two principles are the most difficult: finding what you like to do and what you’re good at doing. But that, to Tamashiro, is how you get to the second half of reward and embrace.

Curiously, for Tamashiro the answer to what he’s good at and what he loves to do is not as simple as ‘making music.’ It’s seemingly nebulous, but perhaps on purpose.

“I discovered that my own ikigai is to delight. And I do that … by scratching my dog, but I can also do that when I’m singing a song in Westlock. The interesting thing is that I can do that in a variety of different ways … ‘When you’re smiling’ just provided me with a different outlet.”

Tamashiro has a new show coming out in April, a scoop provided to the Westlock News: it will be about the role of jazz in spreading weed across North America “and the amazing songs that came about because of that.”