Town of Westlock moves ahead with 99 St. closure 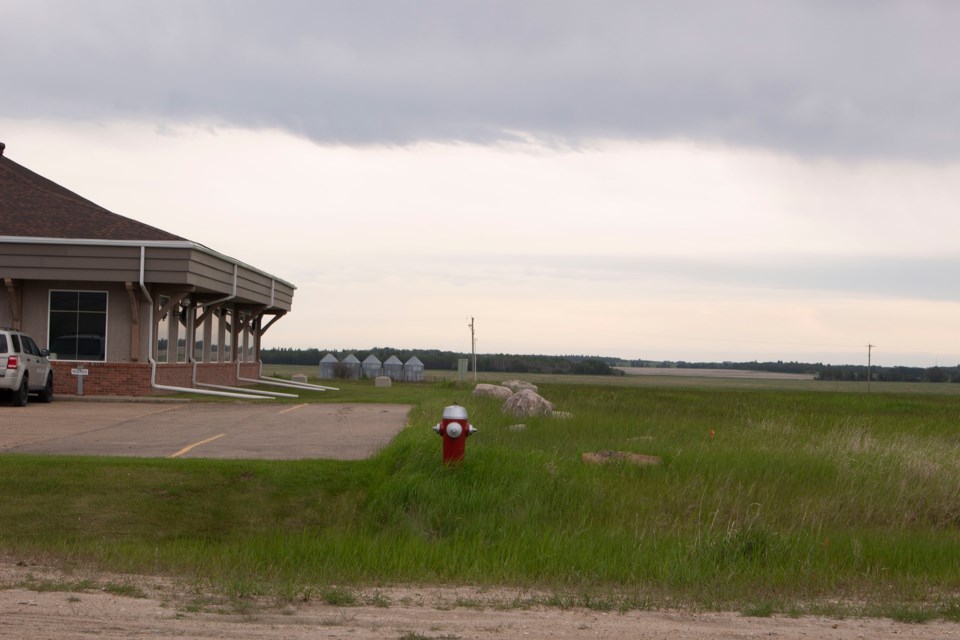 This is where the 99 St. road allowance currently runs in the Town of Westlock, by a provincial building whose owner was upset over the potential closer when it initially came through council in 2017. Photo: Andreea Resmerita/T&C

WESTLOCK—The Town of Westlock is moving ahead with the closure of the 99 St. road allowance in the East Business Park, after clearing up hurdles with Alberta Transportation that stalled the process since 2017.

The plan is to eventually move the road further south once the area develops. Meanwhile, 113 Ave. will be extended.

“Largely, this is still undeveloped land. We’re closing the roadway to open up our options for development,” CAO Simone Wiley told council at the June 8 meeting.

However, the issue at the meeting wasn’t with the closure itself. They were in agreement that servicing town-owned lots to the south of 99 St. was too expensive without development.

Instead, Coun. Murtaza Jamaly, who voted against the motion, thought that the process should go back to the start. The public should get a chance to review their support or opposition to the closure because three years have passed since the original public hearing.

“More consultation with the public can’t possibly hurt us. The worst case scenario is that we end up in the exact same place after another public hearing. Additional consultation over three years later I think is the correct process because it means that we are making a decision that isn’t totally disjoint from public sentiment,” said Jamaly.

To mayor Ralph Leriger, there is urgency to the closure moving forward because the town has a pending lot sale for five acres of land west of 113 Ave., behind Finney’s Independent. The sale includes that portion of the road.

The initiative dates back to April 2017, when council at the time held a public hearing for the closure and some business owners in the area expressed concerns over how they’ll access their properties.

At the time, Ron Dales of Haverhill Enterprises, whose building is located along 113 Ave. south of Boston Pizza, pointed out that he would need 99 St. to access his lot.

“In order to obtain servicing to my newly created lot, the town insisted that I pay for a percentage of the servicing, water, sewer, gas and electrical, to the town lands. The services are all sized for development of the town lands. This was negotiated with the understanding that 99 St. would some day be built, and my building was sited in such a way that anticipated this future,” wrote Dales in a May 12, 2017 e-mail to Wiley.

Then-director of development, Wiley wrote to Dales that it wasn’t feasible for the town to service an entire road for one property only, and that 99 St. is mostly meant to access town property to the south.

Wiley recalled that in 2017, the intent behind closing the entire portion of 99 St. was to “open up the parcel to a future plan.”

As for Jamaly’s position that another public hearing should be held, Leriger commented that not much has changed since.

“I appreciate that we didn’t reach any resolution to everyone’s concern there, but these exact concerns were raised at the time and it didn’t represent the majority of the landowners’ views. We did feel that the one provincial property could access both the north and the south side of their property via 113 (Ave.),” he said.

According to correspondence presented by administration at council’s June 8 meeting, Alberta Transportation didn’t follow through with the process which requires the minister’s approval.

“In summer of 2018, I sent an inquiry to Alberta Transportation, wondering where that was at and I did not receive a response at that time. It wasn’t, I suppose, high on the priority list at that time to follow up and see what was going on,” said Wiley.

When the provincial government did answer Bernice Gonzalez, the town’s director of operations, they advised the 2017 bylaw should be rescinded and the process start over if there has been new development or change of ownership in the area, if landowners’ thoughts on the closure have changed since 2017, or if council itself has changed.

Since none of the above hold true, Gonzalez said, administration advised council to move ahead with seeking ministerial approval for the closure.