Trouble at the Westlock pool 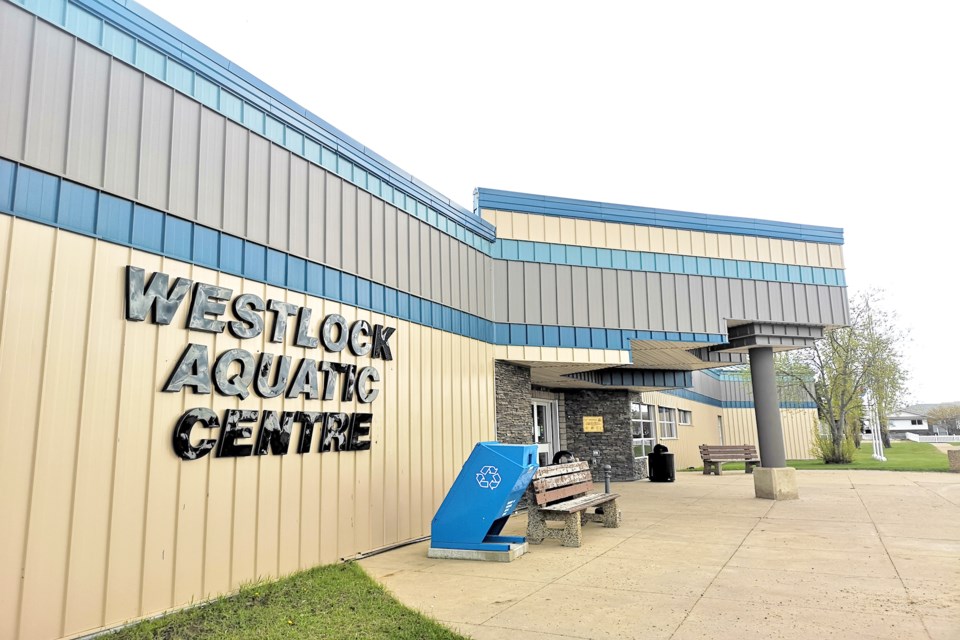 The Westlock Aquatic Centre building is about 30 years old. The broken heat exchanger that was recently replaced, and the burner that follows will both cost the town $42,000 but should last another 25-30 years. Andreea Resmerita/Westlock News

WESTLOCK – Replacing a heat exchanger and burner at the Aquatic Centre is costing the Town of Westlock $42,000.

The problem with the heat exchanger was discovered by Total Plumbing & Heating Feb. 27 during an inspection of the pool.

“This is not something we want to play around with because the carbon monoxide (is) forced into the pool (area). … The way it was sitting and the condition it was in, chances are that was probably happening but we weren’t aware of it. It was shut down immediately,” explained director of operations Grant Gyurkovits during council’s May 11 meeting.

A Total Plumbing report detailed that “plugging of the heat exchanger tubes and years of operation in a heavy chlorinated environment is the suspected cause of catastrophic heat exchanger failure.”

At the time, administration ordered a new heat exchanger be manufactured, and replaced the old one “just recently,” explained CAO Simone Wiley.

That also involved removing part of the wall and putting in a garage door-style entrance to the mechanical room.

“It was the only safe way to get the (heat exchanger) unit out,” said Gyurkovits.

He added that although for a 30-year old building, a problem of this kind is not uncommon, the new heat exchanger should last for the remainder of the pool’s life expectancy – about 25 to 30 years.

Maintenance discovered problems with the burner during the heat exchanger installation.

“As we ripped this thing apart and got it out, we noticed that the burner was completely destroyed. There were cracks in it. That’s the piece that goes into the heat exchanger. It was just old. It needs to be replaced,” said Gyurkovits.

The final price for the entire repair process – including all parts and the garage door – would come in at no more than $42,410.50.

To mayor Ralph Leriger, the renovations and ongoing maintenance at the pool make sense.

“If I think back, it was in late 2013 or 2014 that the main electrical panel failed after the bulk of this council’s first term together. It might be time for a facility tour for council. We did have some surprises and I think you’ll be pleasantly surprised to see the condition of the facility today compared to where it was in 2013/14,” said Leriger.

“I would suggest our work toward a maintenance program instead of a run-to-fail, we’re starting to see some of that, I think.”

Another solution administration examined was a new boiler system. The price tag on that, Gyurkovits said, was close to $250,000.

“It just didn’t make sense to be looking at that kind of money with the life expectancy that’s left in that building,” he told Coun. Murtaza Jamaly, who was curious about different technology.