Village projects got started at just the right time 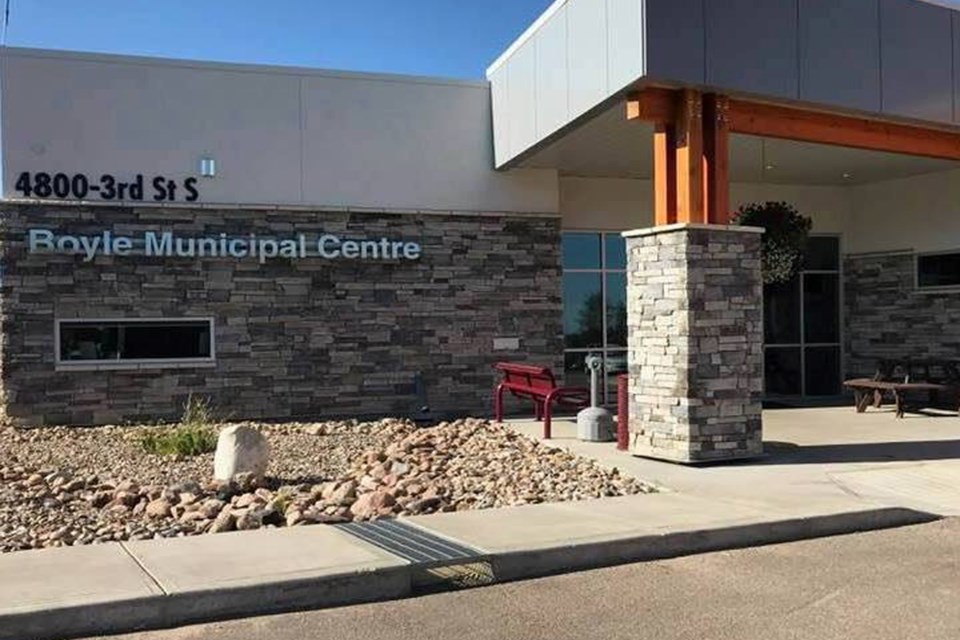 Village of Boyle councillors passed a balanced 2021 budget April 21, and got good grades on an independent audit of financial statements before setting the mill rate, leaving it unchanged from 2020.

BOYLE – It was a financial bonanza in Boyle last week — not because of any kind of unexpected boost to the village bank account — but because councillors were able to finish off most of the major financial tasks for the year, hearing from the auditor, passing a balanced budget, and setting the mill rate for 2021 at their last meeting.

In short, village finances received a clean bill of health, the capital and operating budgets were set, and mill rates will remain unchanged from 2020, though some assessments are up just slightly.

The April 21 meeting started early to fit everything in and got underway with the presentation of the audited financial statements from Kendra Stasiuk from Friesen Viney and Stasiuk Chartered Professional Accountants, who told councillors the village had “a relatively good year.”

“We've issued a clean opinion this year. We found that the books were in good order, no points of internal control deficiencies noted, we did check,” Stasiuk told council. “We do everything on a test basis — so we're testing the major revenue sources — your taxes, your utilities, rentals, your grants, general miscellaneous revenues, general disbursements, your payroll expense claims, capital additions, and any capital dispositions, if there are any during the year. We didn't find any issues in any of that.”

Stasiuk went on to tell councillors there is a surplus of $1.189 million, over a deficit of $219,000 from 2019, but cautioned that number could be deceiving depending on which way you look at it. She explained the surplus is due to money that had already been received and was waiting in deferred revenue until the recent street and sidewalk improvements were ready to begin.

“However, because that capital revenue has already been spent, it's not really revenue, so I wouldn't consider that too much in this one point. I wouldn't get too excited about a big surplus of 1.189.”

You could also look at it from a purely operational perspective, she said.

The third way to look at it, she told council was to consider restricted and unrestricted surpluses.

The timing of the improvement projects worked out very well, said mayor Colin Derko, who noted the costs are rising dramatically, as was seen with the river intake project. He commended council for looking at COVID as a plus.

“Council has always been very mindful of spending the taxpayers’ dollars as we should. Hats off to this council for being able to keep a budget and the balance sheet that we've just seen, and getting some record projects done in our communities. And thanks to administration for keeping all of that straight for us, because that's not easy,” he said.

“We were able to save, unbelievable amounts of money that way that would it cost the taxpayers way more to get this done in normal years, and now with the increases coming in, I think it was good, good foresight, for sure, and showed on these balance sheets.”

The overwhelming majority of the 2021 capital budget come in the form of infrastructure improvements, as opposed to equipment, and most of that will

“This is a very progressive budget and is intended to bring some failing infrastructure back in line,” said interim CAO Robert Jorgensen in a note to council included in the document. “With the current economic picture going forward I believe it is prudent to utilize all of the grants we can as the future is very unpredictable.”

The big-ticket item is $400,000 for the village’s contribution to the new river intake and pumphouse project being undertaken this summer by the Aspen Regional Water Services Commission. The lowest tender came in twice as high as was expected and the three member municipalities had to find the funds to make up for it. The village will borrow its portion over five years.

The village will also use $328,000 from reserves to purchase two new pressure reducing valves that will be installed inside the village’s water system.

The planned completion of the Third and Fourth Street overlay project, which comes in at $265,300, will be paid for through Municipal Sustainability Initiative (MSI) funding almost entirely, except for $14,636 from the Federal Gas Tax (FGT). The ongoing streetlight project will also be completed at a cost of $275,000, with $165,046 coming from MSI, and $109,954 from Municipal Stimulus Project (MSP) funding.

Completing the installation of new lighting in the arena is the last of the six-figure items, coming in at $120,760, which will be paid for with a grant from the Municipal Climate Change Action Centre (MCCAC).

There will also be various other street repairs on First St. at the liquor store and CIBC that will be funded with MSI and reserves. Railway Ave. will also see a considerable amount of work with curb, gutter and asphalt work being done; chip sealing; sidewalk ramps; and catch basins.

“A lot of our problems right now on Railway were caused due to our catch basins not draining and then the catch basins would get cleaned out, but they couldn't drain into that ditch because the ditches never been cleaned out and that's building up on the end of the culverts. So, that is a project to clean out that ditch so that it actually flows into the ditch and doesn't sit on our streets,” said Derko.

With a clean bill of health from the auditor and a balanced operating budget, council went about setting the mill rate for the year, leaving them unchanged from 2020 — residential at 9.9055 and commercial at 17.8926.

Jorgensen noted operations have stayed relatively consistent, though there is a slight increase due to inflation. There were some minor changes to the assessment, mostly to commercial properties, that may affect some ratepayers, but overall, the municipality is only looking to collect $7,738 more in taxes over last year.

With this budget three full-time office staff can be accommodated, as well as one part-time position. Five full-time public works staff are also budgeted for, along with two summer staff for grass-cutting. Jorgensen also noted there was no cost-of-living adjustment for this year, but there is movement on the salary grid for some staff.