The Athabasca Aces are gearing up for their first game of the season this Saturday night against the Slave Lake Winterhawks, looking to get off to a fast start in their third season in the North Central Hockey League (NCHL).
Oct 12, 2010 12:00 AM By: Town And Country Today Staff 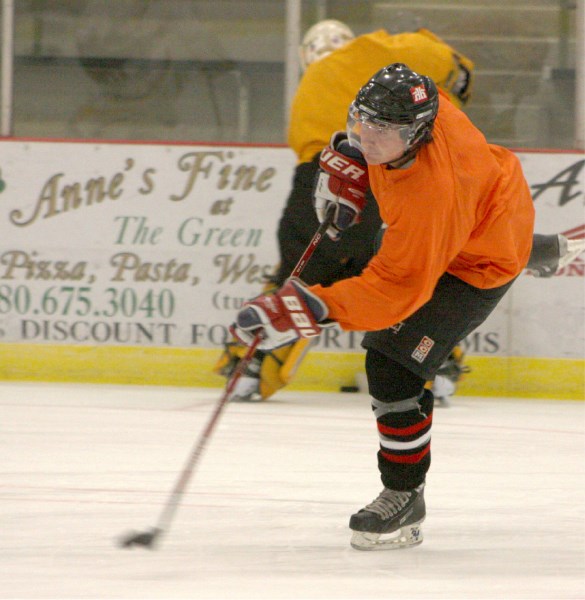 The Athabasca Aces are gearing up for their first game of the season this Saturday night against the Slave Lake Winterhawks, looking to get off to a fast start in their third season in the North Central Hockey League (NCHL).

Over the past couple of weeks, the Aces have been finalizing their 2010/2011 roster while getting in game-ready shape for their tilt against Winterhawks.

The Aces' coaching staff, led by Kiselyk, hasn't had to make too many tough decisions when it comes to choosing their roster this year.

"There's not much for the selection process this year, because we haven't had too many guys come out for camp this year," he explained.

The team will likely feature a 20-man roster when they hit the Athabasca Regional Multiplex EnCana Arena ice for the first time, said Kiselyk.

"The bench could be an issue this season."

The Aces lost a couple of key forwards from last season, but they have been able to fill the void with some new faces.

"We lost a couple of great forwards from last year's team, but I think we've replaced them with a couple of guys with equal talent, so I think we should be OK," noted Kiselyk.

Although all the final cuts have been made, the Aces are still looking for some help on the back end.

"For the most part we're still looking for a couple of defenseman to play," said Kiselyk.

If it comes down to it, Kiselyk may have to convert a couple of his forwards to play more of a defensive role to help the depleted blue line corps.

After finishing below the .500 mark in their sophomore season, the Aces are hoping this season is the one in which they can finally make a big leap, not only in standings, but to the next round of the playoffs.

The Aces finished with an 8-10-0-2 record last year, which put them in second-last place, totalling 18 points.

It's not going to be easy to accomplish this goal, especially when one looks at the first few opponents on their schedule.

After Saturday night's game against Slave Lake, they will head to Onoway Oct. 22 to play their first road game of the season.

The Aces will then have the pleasure of welcoming the Winterhawks back to Athabasca on Oct. 24 for a matinee affair.

The Aces will then round out the month of October with yet another tough road match in Onoway on Oct. 29.

The Aces were one of the few NCHL teams that were successful against the Ice Dogs during the 2009-2010 regular season, but it didn't carry over to the post-season, where Onoway swept the Aces in the first round.

The Aces finished 15 points behind Onoway last year, but handed Onoway one of their three losses on the season.

The two teams split their season series 1-1, but the loss for the Aces came via a shootout late in last year’s season.

"We've had some success against Onoway, but they're a very good team so it's going to be a tough test to start the season," noted Kiselyk.

Game time is 8 p.m this Saturday night at the EnCana Arena.

Looking ahead at their entire regular season schedule, the Aces’ toughest month may come in November where they will be on the road for three consecutive games.