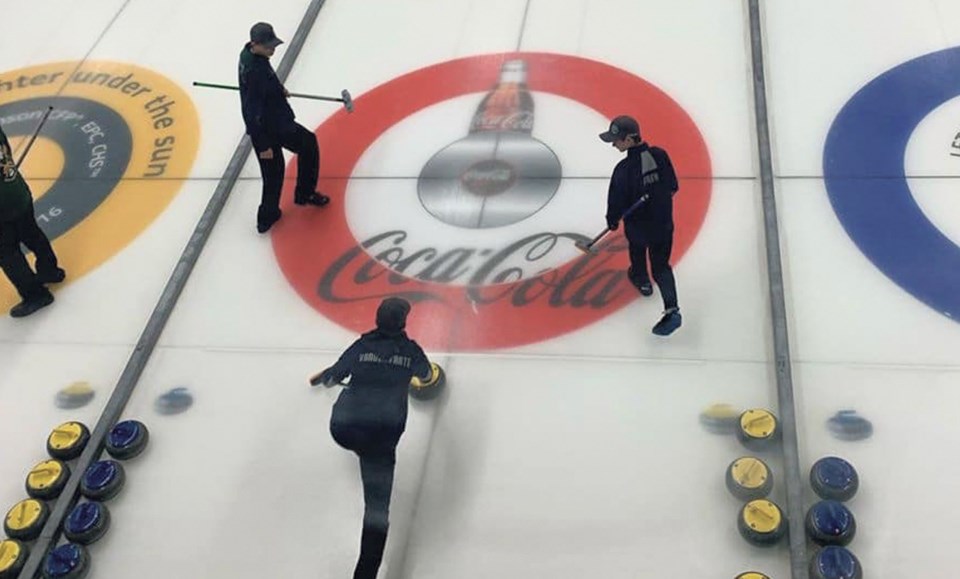 “They played really well,” he said. “They finished second in their pool with a 3-1 record.”

The second draw matched them up against Sexsmith whom they beat handily 8-5.

“The second game against Sexsmith they were down 4-1 after the break and then came back to win 8-5,” Wiselka recounted. “They scored two in the fifth and then basically stole every end after that.”

The third draw was a by so the team got some rest before heading back to the rink the next morning for their 9 a.m. matchup against Lethbridge Collegiate Institute (LCI) in the fourth draw where they lost 7-5.

A 5-4 win over Cremona put the team into the semifinals the next day.

“Their final game was against Cremona and both teams were tied 2-1 so the winner of that game was in the playoffs,” Wiselka said. “They were two down coming home and they got the deuce to tie it and then won it in the extra end.”

St. Paul Regional wound up beating EPC 8-2 to play for the gold medal where they lost to Henry Wise Wood High School. EPC lost to LCI again in the bronze medal game to finish fourth.

The EPC team was the youngest team at the tournament with all the other teams having at least one Grade 12 student. Only Christensen is in Grade 11 with the rest of the foursome in Grade 10.

“All the teams that were in the finals were all Grade 12s or had Grade 12 students on it,” Wiselka explained. “So, for them to be fourth in the province at this age is quite an accomplishment.”

The younger Wiselka said the team wasn’t expecting to make it to the final round but was happy to do so.

“All weekend we had one bad game where we didn't all show up but we were all making our shots all week,” Josh said.

Looking forward to next season Josh hopes they can win provincials.

“We'll be curling as a men's team next year," he added.