Keith Shologan brings 10 years of professional experience to the sidelines
0
Jan 4, 2020 8:17 AM By: Chris Zwick 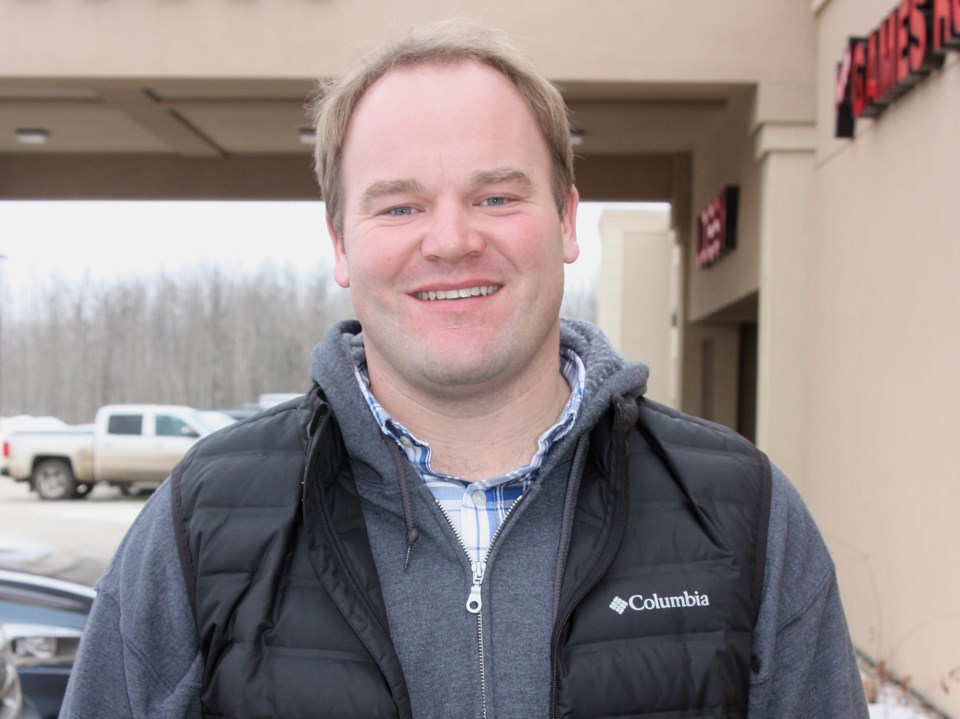 Keith Shologan earned a Grey Cup ring with the Saskatchewan Roughriders in 2013 as part of his 10-year pro career. You can now find him on the sidelines as a defensive coach with the Westlock Thunderbirds. Chris Zwick/WN

WESTLOCK - Keith Shologan works in agriculture insurance in Westlock, loves spending time with his family at their home near Clyde and during the fall you can see him on the sidelines as part of the coaching staff  for the Westlock Thunderbirds football team.

But what some people don’t know is that Shologan also owns a Grey Cup ring and has more than a decade of war stories as a defensive lineman in the Canadian Football League and major U.S. college football.

And it all started in Coaldale in the early 1990s when an elementary-aged Shologan made his school’s junior high football team.

“I was a good kid, just maybe not the best at school. I had problems reading and was probably a little bit behind and I got involved with football,” said Shologan. “It was a junior high team, but I was bigger than everybody because I got really big, really quick and then just stopped.”

He recalls how playing the game boosted his confidence and self-worth.

“I felt so much better about myself and it was reflected in my schooling because by the time I was in Grade 6, I was doing well,” he said.

Besides a love of the sport, that experience is part of why he coaches today and since coming on board with the Thunderbirds two seasons ago, he’s seen how a little bit of confidence can change a young players’ outlook on not only the game, but life in general — something he experienced as a young football player himself. Although based in Westlock, the Thunderbirds have players from Barrhead, Athabasca and even further afield.

“Sports helps kids, their confidence grows. Getting involved in anything that improves your confidence and being able to express yourself is great. To be able to get to those kids and to get them to interact is just phenomenal,” said Shologan.

Football is a sport that stands alone in some respects, he said, in that while there is a lot of aggression and violence on the field for short periods of time, players have to be able to turn that aggression off when the play is over.

“If you’ve got something to get off of your chest, to be able to learn how to do that in a controlled manner, is a really good skill to have, especially with football.”

From Coaldale, the family moved north to Rochester and Shologan ended up playing junior high bantam football in Spruce Grove for three years. In high school, Athabasca didn’t have a team and the dream could have very easily died if not for a chance phone call.

“It was kind of God working in a way. Actually, it was God working,” said Shologan.

His mother had called the school in Spruce Grove, looking for bus route information and after some conversation, the woman on the other end explained how her two daughters had just moved out to go to university, and they had plenty of room to billet a young football player.

“The next week I was in Spruce Grove, living at their house and I lived with them all through high school … they were phenomenal, they were great chaperone parents,” said Shologan.

By the end of high school, Shologan had attended several camps and was scouted to play at the University of Central Florida, receiving a scholarship and gaining his business degree, all while playing football. He started all four of his college seasons at defensive tackle.

In Florida, they take their college football seriously and Shologan went from playing in front of a few hundred fans and parents in high school, to his first game against Wisconsin, which had 86,000 in the stands. By comparison Grey Cup games usually don’t bring in that many fans, but it was a regular occurrence in the U.S.

From UCF, Shologan signed with the San Diego Chargers and attended their training camp, only to be cut after a few months. He wasn’t sure he was interested in a pro career at the time, but as a recent graduate, he took the chance and he doesn’t regret it.

“It was an uphill battle and I probably wasn’t in the mental state to really take advantage of the situation,” he said. “It was great to see how that world worked and it would have been great to make the team, but it wasn’t in my cards. I was just happy to be playing football and I knew I was coming up to Saskatchewan.”

The Roughriders drafted the six-foot-two, 295 pound defensive lineman fourth overall in the 2008 entry draft and from there, Shologan’s star began to rise.

He spent five seasons with the Roughriders and took part in three Grey Cup games. Two of them came against the Montreal Alouettes in 2009-2010. The Roughriders lost both, but Shologan was named Top Canadian of the game in 2010.

In 2013, Shologan’s last year in Saskatchewan, the Roughriders pulled out the Grey Cup win against the Hamilton Tiger Cats.

Shologan was then picked up by the Ottawa Red Blacks in the expansion draft in 2014, then signed with the Winnipeg Blue Bombers in 2016. He was released by the Bombers after one season and signed his last CFL contract with the Alouettes in 2017, before hanging up his cleats in 2018.

Looking back, it’s not the Grey Cup win that Shologan sees as the pinnacle of his football career. Instead, it’s the games the team lost that he relishes.

“The ones I remember are the ones we lost, just because of the teams we had. It’s great that we won and I’m happy I got a ring, but 2009 and 2010 were the years that were pinnacle and that was  because of the guys, your teammates, the relationships you build and the brotherhood you build. Winning is just the cherry on top,” said Shologan.

The sport itself is only just a small part of what being on a team is all about. That’s part of the philosophy Shologan tries to impart to the young Thunderbirds as they navigate their way through high school and life.

He’s having an impact both on and off the field, and plans to continue to do so.