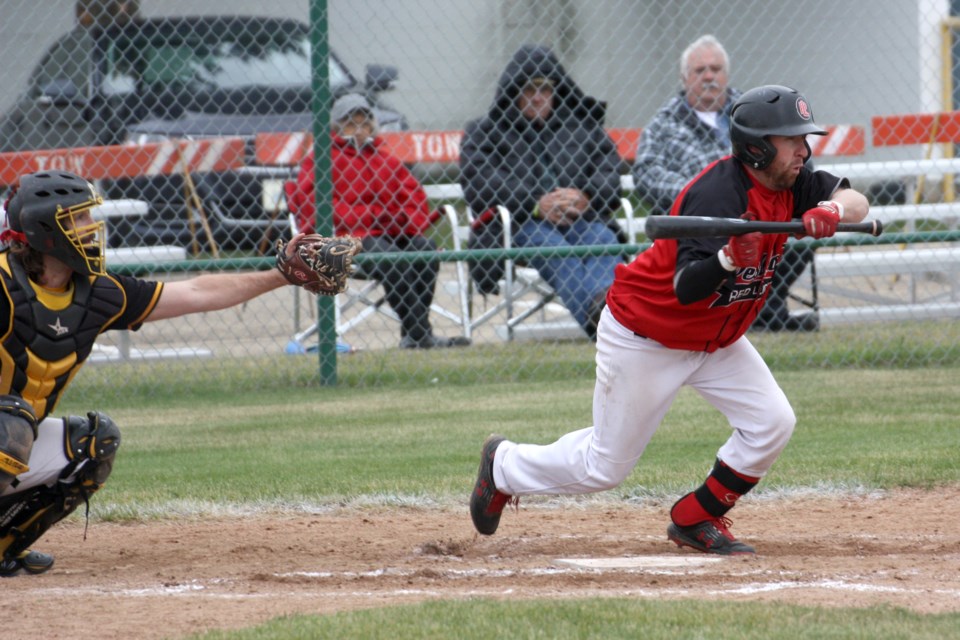 The Westlock Red Lions will look to claim their 19th NCABL title when they face the Sherwood Park As this coming weekend. Game 1 goes Sept. 19 at 1 p.m. at Keller Field in Westlock.

WESTLOCK - The top two teams in the abbreviated 2020 North Central Alberta Baseball League regular season, the Westlock Red Lions and Sherwood Park As, will square off this weekend for the league crown.

The Red Lions, who were undefeated during the regular season with a 7-0-1 record, punched their ticket to the final with 2-1 series win over the Edmonton Primeaus — with their backs against the wall, the Red Lions scored a 7-3 victory in the deciding Game 3 held Sept. 14.

The As, who at 6-2 had the second-best regular season record, also needed a third game to get to the final. The As blew out the Parkland Twins 10-2 in Game 1 of their semifinal series, while the Twins rebounded in Game 2 with a 2-0 shutout win. In Game 3 the As were able to return the favour and posted a 4-0 victory.

The Red Lions and As are no strangers to facing each other in post-season play.

In 2017, the league’s 50th anniversary season, the Red Lions swept the Athletics by scores of 6-4 and 8-7 to capture their league-leading 18th NCABL championship (http://ncabl.ab.ca/Awards/NCABLChampions.htm).