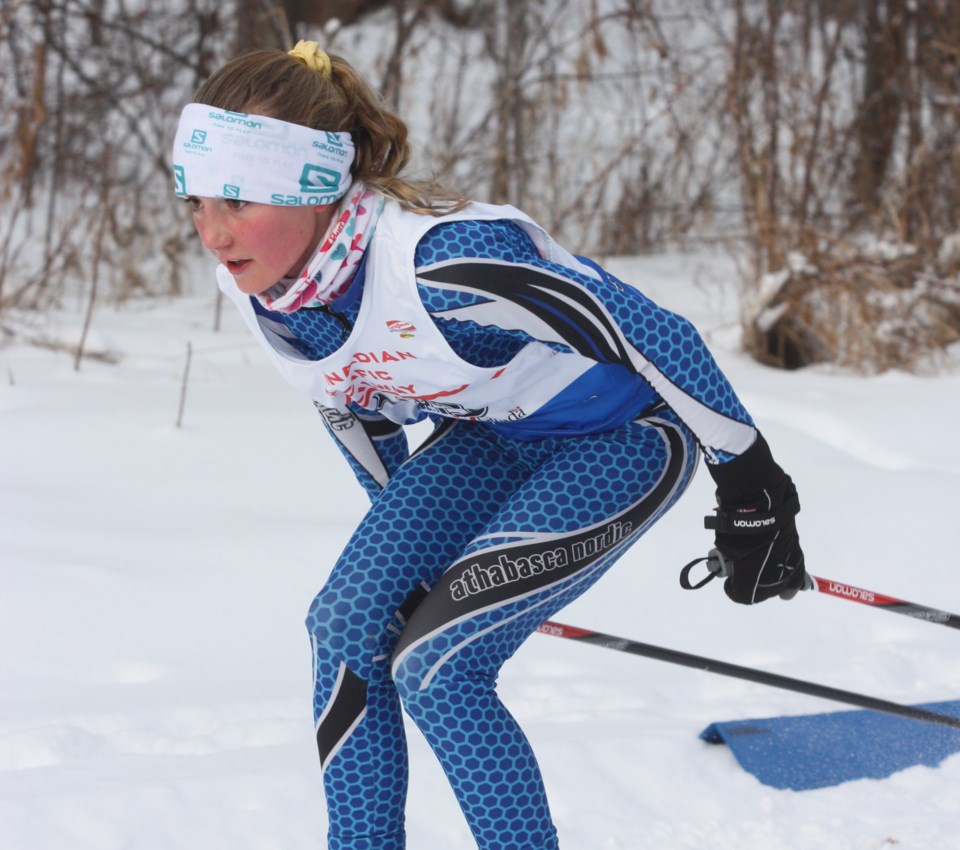 TAWATINAW - A healthy contingent of cross-country athletes from the Town & Country region will be making their way to Airdrie in February, having skied their way to place in the 2020 Alberta Winter Games.

The cross-country trails at the Tawatinaw Valley Ski Hill weren’t the first choice to host qualifying races for the games Dec. 14. The event was supposed to be held in Athabasca, but a lack of snow as the date approached forced them to look elsewhere.

It just so happened the Boelman family has been grooming and maintaining the cross-country trails at Tawatinaw since the first snowfall, laying down a sturdy foundation for the skiers, so the event was moved.

“We’ve been grooming the natural snow on the cross country trails for two weeks already,” said Reint Boelman Sr., whose three children make up the Tawatinaw team that competed with more than 50 other skiers from across the two zones.

Athletes from Zone 5, which stretches from Jasper into north central Alberta, were in attendance along with those from Zone 7, which includes Fort McMurray and much of eastern Alberta.

“We haven’t got quite as much snow as Tawatinaw so it made sense to move it there,” said Athabasca Nordic Ski Club coach Henrik Asfeldt. “Conditions were actually quite good, so it worked out well.”

In fact, the conditions were almost ideal. The temperature hovered around -10 degrees at around noon that day; wind was minimal with the sun shining down on the tightly packed trails. About 10 centimetres of fresh snow also fell in the week leading up to the races.

Competitors received their bibs and started lining up just before noon and were released onto the course in 30-second intervals. Supporters lined the course, trying to encourage their favourite skiers to push on towards the finish line.

The U12s challenged a 2.5-kilometre course, while the U14s completed 3.5 kilometres and the U16s took on a full five-kilometre course, in the hopes of having the best time in their group and earning their spot in Airdrie Feb. 14-17.

Asfeldt also noted that in the U12 categories the top two males and top two females would qualify for the games. In U14 and U16, the top three males and females earn a spot on the zone team. It’s also possible for others to qualify if other zones do not fill their quota of athletes.

Asfeldt has been coaching cross-country for 30 years and he has seen athletes come and go, but Zone 5 always makes an impression at the winter games.

“In terms of medals, we’ve always come back with some, some years more than others. We do pretty well I would say,” he said.

In the girls U12 event Tawatinaw’s Elisa Boelman took the gold medal along with her spot on the Zone 5 team with a time of 14:35.7, nearly two seconds ahead of her nearest competitor Corie Lynn Minville from Athabasca, who will also be heading to the games. Jacqueline Safar, of Athabasca rounded out the top three.

Kyra Sheppard brought home the win for the Athabasca team in the girls U14 event, with teammate Keira Jardine following closely behind.

In the girls U16 event Athabasca’s Taylor Sheppard was first and teammate Jazmyn Maheden was second.

The Alberta Winter Games are less than two months away and the kids are always excited to get there.

“They’re excited to go. A number of them have been there before so they kind of know what it’s all about and the youngest ones have heard from their brothers and sisters and teammates about all the events, so they’re pretty excited,” said Asfeldt.

The games are always a different kind of sporting experience too, as the overall event includes many sports and many different kinds of athletes. There is an athletes’ village where competitors stay with their peers from different zones across the province.

“It’s a very different experience for them.”