The end of a long journey

For six of the Edwin Parr Composite (EPC) Pacers, this Friday night’s exhibition game at home against Vegreville will be the last game of their high school football careers.
Oct 19, 2010 12:00 AM By: Town And Country Today Staff 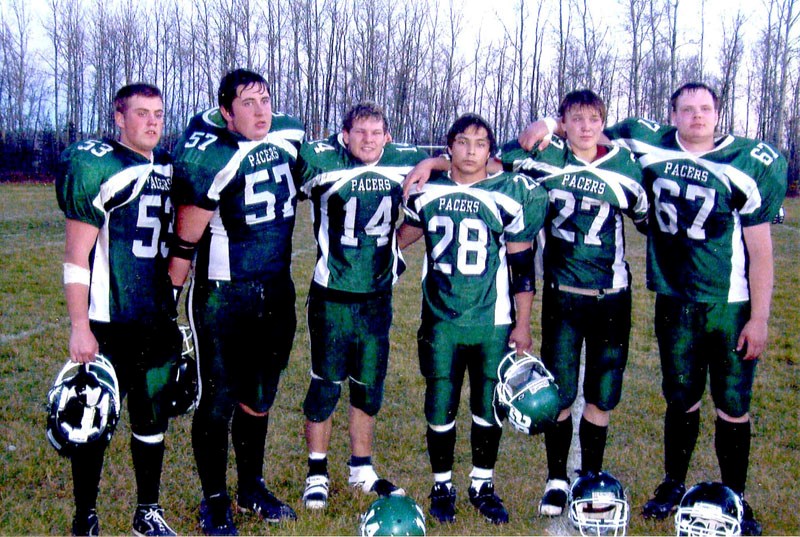 For six of the Edwin Parr Composite (EPC) Pacers, this Friday night’s exhibition game at home against Vegreville will be the last game of their high school football careers.

After a disappointing 28-14 loss to the Westlock T-Birds ended any hope of making the playoffs this season, the senior players will strap on their pads and lace up their cleats for the final time as an EPC Pacer.

“We’ve got to go out and make the best of our last games,” said Burden.

After the heartbreaking loss to Westlock Oct. 7, Pacers head coach Pete Burden addressed the crowd to “salute the seniors,” since it was the team’s final regular season home game of the year.

It was also the final time the two Burdens will be seen on the sideline together for a regular season football game. The father-son tandem has been together on the Pacers for the past five years.

As the son of the head coach, Pearson is usually the first one to hear of any problems resulting from a game, but the time he has spent under his father as a player has been nothing but good.

For the rest of the team, it’s an added bonus to have one of their players as the son of the coach.

“He reports back to us about all the problems before we have practice, so we know why we’re running,” joked Griffiths.

Since the 2010 Pacers have been undermanned for the most part this season, the senior players have been called on a lot to shoulder the load.

Although there is a lot of work, time and effort that each player spends during the football season, the friendships gained and the feeling of being a part of something outweighs any negatives.

“The best part of football is meeting so many people, making friends, going out traveling and being together as a team,” said Wildfong, who tried out for the team four years ago because of the Burdens.

“I got interested in it because of Pearson and his dad, and I’ve loved it ever since.”

As the leaders of this year’s team, the pressure to perform has increased for the six seniors, especially for the team’s starting quarterback.

“It’s been difficult to deal with the pressure sometimes, but a lot of people have made it possible to deal with,” explained Griffiths.

The ride is almost finished for the six players, and it’s going to be a bit weird once it’s all over.