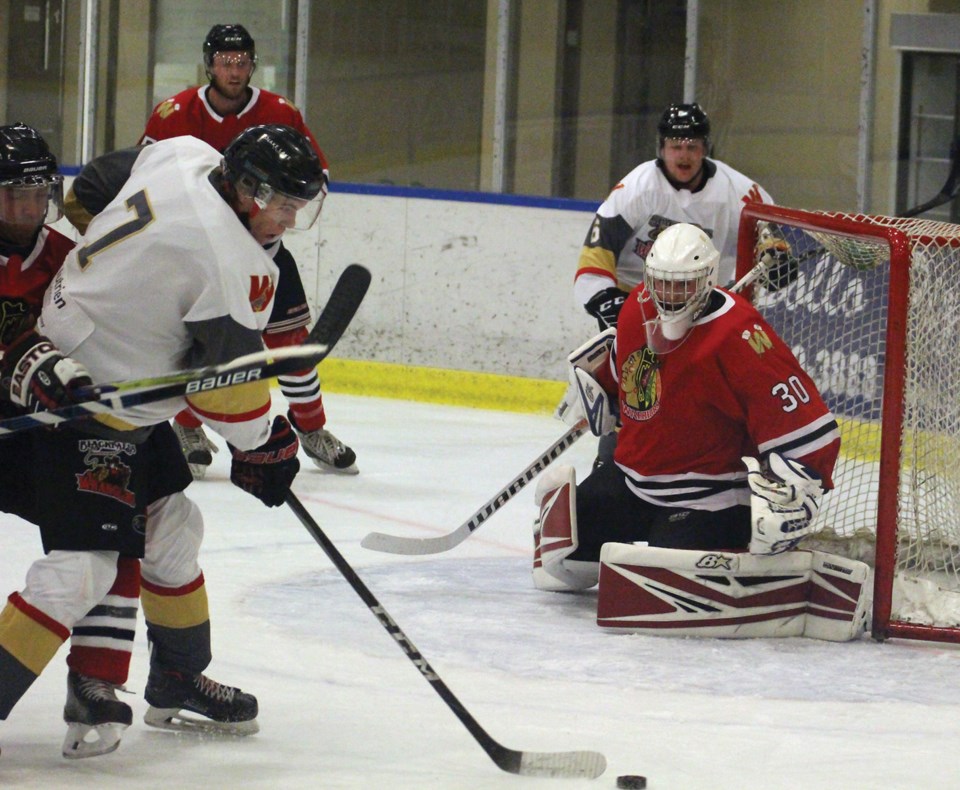 The Westlock Senior Warriors look to snap their seven-game NCHL losing streak this weekend. Friday, Jan. 10, they host the Morinville Kings, while on Jan. 11 the Daysland Northstars come to town.

WESTLOCK - The Westlock Senior 'AA' Warriors had a tough start to their 2020 North Central Alberta Hockey League season with a 6-4 loss in Bonnyville last weekend and now look to get back on track with a pair of home games Friday and Saturday, Jan. 10-11.

The Jan. 5 defeat to the Pontiacs, which leaves the club with a 4-9 record, ended a long stretch of away games and extended their losing streak to seven — their last win came Nov. 1 at home versus the Red Deer Rustlers. Despite the loss, they look forward to playing at the Rotary Spirit Centre this weekend in front of the home crowd to make a push for the playoffs.

“We seemed to be playing from behind a little bit, that’s been hurting us lately,” said coach Mike Ivey about the Bonnyville loss.

The Pontiacs opened scoring early, but Warrior Dallas Ansell replied with a goal at 16:52. Bonnyville went on to score two more until Ansell netted a powerplay goal at 2:43.

The period ended at 4-2 after the Pontiacs scored once more with just a minute left.

“It was kind of tough playing catch-up for the rest of the game,” said Ivey.

The Pontiacs extended their lead to 5-2 in the second period, but a goal from Zach Mills in the third gave the club new life. Ivey scored four minutes later to get the game to 5-4, but the Pontiacs came back with another last-minute goal.

“I thought we battled, we were on them pretty good for a good chunk of it, we just couldn’t score which has been a problem for us lately.”

Goalie Graeme Harrington faced 43 shots, while the Warriors were able to muster 37 against the Bonnyville keeper.

The Pontiacs are currently in last place in the NCHL, with the Warriors just one point ahead of them. Both are vying for a spot in the playoffs, and the urgency showed for the Pontiacs as only the last placed team is eliminated from the playoffs.

The Warriors face the league-leading Morinville Kings Jan. 10 with puck drop at 8:30 p.m. The next day, Jan. 11 at 3 p.m., they'll take on the Daysland Northstars.

The club's last game of the regular season, also at the Spirit Centre, is Jan. 17 when they’ll face the Fort Saskatchewan Chiefs.