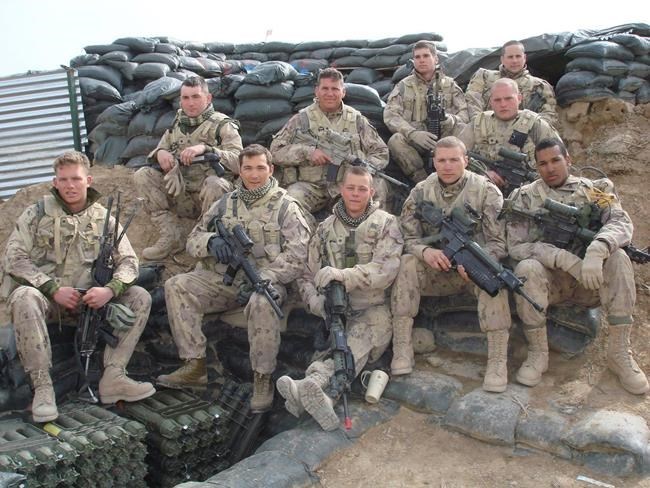 PORT HAWKESBURY, N.S. — As Lionel Desmond completed an 11-week program for veterans dealing with post-traumatic stress disorder in August 2016, those responsible for his care were worried about something they couldn't figure out.

Though he displayed symptoms considered common among combat soldiers diagnosed with PTSD, he was making little progress under treatments that usually produced results.

Kama Hamilton, a social worker at the Montreal hospital where Desmond was treated in 2016, told a provincial inquiry Thursday he suffered from angry outbursts, combat-related flashbacks, impulsivity, irritability and hyper-vigilance.

Yet, she said, "he didn't stand out as particularly (different) from the others."

Hamilton, who tried to help Desmond with anger management and social connections, said the Ste. Anne's Hospital team was concerned that something was interfering with his treatment, given the fact that he had lost trust in the staff and still faced a "long road" to recovery when he was discharged on Aug. 15, 2016.

The inquiry is investigating why, less than five months later, Desmond bought a rifle and fatally shot his 31-year-old wife, Shanna, their 10-year-old daughter, Aaliyah, and his 52-year-old mother, Brenda, before turning the gun on himself in their rural Nova Scotia home.

During her testimony, Hamilton said she came to the conclusion that Desmond had a constant fear of being abandoned, a condition she said could be the result of a personality disorder or a head injury that impaired his cognitive abilities.

On Tuesday, psychiatrist Robert Ouellette told the inquiry that Desmond appeared to have "mixed personality traits," including obsessive compulsiveness and paranoia. Ouellette said the paranoid traits caused Desmond to mistrust virtually everyone, including his wife.

Desmond repeatedly told staff at the hospital that his main goal was to become a good husband and father, but he often expressed jealousy and anger towards his wife.

During her testimony Thursday, Hamilton said she learned that aside from flashbacks to his combat duty in Afghanistan, her patient also complained about gruesome nightmares about his wife being unfaithful.

Hamilton said that during an hour-long telephone conversation, Shanna Desmond told her that in the dream, her husband caught her sleeping with another man and responded by "chopping her to pieces."

Despite the violent nature of the nightmare, Hamilton said she was confident Shanna Desmond was not in any danger, mainly because Lionel Desmond's recollection was intended as a cry for help rather than a threat.

As well, she said Shanna Desmond had made it clear she and the couple's nine-year-old daughter had never been subjected to physical violence, and she didn't believe her husband would ever hurt them.

Hamilton said Shanna Desmond was deeply concerned about her husband's welfare, noting that he had unpredictable, angry outbursts that resulted in him throwing furniture — but that was the extent of the violence she had witnessed during their marriage.

Still, Hamilton said she also learned that the former infantryman would sometimes resort to passive threats of suicide as a means of controlling his wife.

She said Shanna Desmond recalled one disturbing incident, when he texted her to say he would soon be watching his daughter "from above," and when she returned home, she found him obsessively cleaning a rifle he owned.

"If someone is feeling vulnerable, they may try to find ways to gain control," Hamilton said. "Abandonment is a situation where you feel helpless."

On another front, Hamilton said her patient complained about suffering a head injury while he was training at Canadian Forces Base Gagetown in New Brunswick, though he was deemed medically fit after he regained consciousness.

That led to speculation at Ste. Anne's about a possible brain injury, which could explain why Desmond had some cognitive challenges, including troubles with concentration, memory, organization and language.

The treatment team agreed that Desmond should undergo a full neurological assessment, which was a recommendation that was submitted to Veterans Affairs Canada as he was preparing to leave the program. The assessment was beyond the scope of the hospital.

In the four months before the Jan. 3, 2017 triple murder and suicide in Upper Big Tracadie, N.S., Desmond received no therapeutic treatment.

Earlier in the hearings, a psychiatrist at the hospital in nearby Antigonish, N.S., told the inquiry that Desmond desperately needed help when he returned home to Nova Scotia, but it was apparent he was "falling through the cracks."

This report by The Canadian Press was first published March 4, 2021.

— By Michael MacDonald in Halifax

Judicial recount in Yukon election to occur in Whitehorse today over tie riding
Apr 19, 2021 2:00 AM
Comments