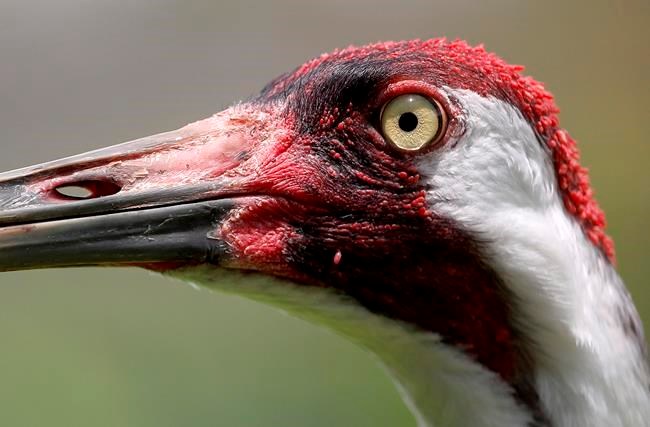 OTTAWA — For the first time, Canadian biologists have come up with a list of plants, insects and animals that live only in this country and say many of them are in danger of extinction if they haven't died out already.

Nature Conservancy of Canada biologist Dan Kraus said when the United Nations report on global biodiversity warned a year ago that as many as one million species around the world were at risk of extinction, it prompted discussions in Canada about conservation efforts here.

"We were surprised that there wasn't a comprehensive list of Canadian species that only occur in Canada," said Kraus.

Nature Conservancy worked with the network of experts through NatureServe Canada to study at least a dozen national and global databases looking for species that had only ever been documented in Canada. That effort came up with an initial list of 308, with 167 others that are possibly endemic, meaning they live only here, but need more study.

Almost half the known endemic Canadian species are invertebrates, including 21 butterflies, 40 moths, and 25 kinds of beetles. There are also 21 mammals, 11 birds, and 109 kinds of plants.

Kraus said almost 40 per cent of the species and subspecies on the list are considered critically imperilled or imperilled and eight are already extinct, including the Dawson caribou, Labrador duck and the Vancouver Island blue butterfly.

Of the 21 mammals on the list, two-thirds are considered at risk.

Only 10 per cent of the endemic species are listed as globally secure, the report said, and Canada's own national assessment body, the Committee on the Status of Endangered Wildlife in Canada, has studied just one-fifth of the total number.

Kraus said Canada needs to make a bigger effort to identify and protect its own species because nobody else is going to do it.

It's why they named the report "Ours to Save," he said.

Kraus is also hoping Canadians will feel the need to take ownership of these species and do more to learn about risks to wildlife in Canada.

"A big part of this report is kind of increasing that awareness," he said. "If you ask the average Canadian to name an endangered species they may not even name a Canadian species."

Kraus said the species on the list "all have incredible stories." How they survived the last glacial period, how they were discovered, how they evolved over thousands of years, are all really interesting tales, and some of them are also simply spectacular to look at.

Patrick Henry, the executive director of NatureServe Canada, said the reason to make an effort to protect these species is as simple as not knowing for sure what will happen if we don't.

"We are starting to understand more how ecosystems work and the important role that various species play and until we really fully understand the implications of losing certain species and certain ecosystems it is in our best interest, and of course in the best interest of the species, to make sure they are safe and secure and do not go extinct."

This report by The Canadian Press was first published June 4, 2020.

The search continues and Ontario anticipates Stage 3; In The News for July 13
Jul 13, 2020 3:29 AM
Quebec police still looking for father, two days after missing girls found dead
Jul 13, 2020 3:13 AM
Ontario anticipates Stage 3 of its pandemic plan as concerns rise in Quebec
Jul 13, 2020 2:00 AM
Comments
We welcome your feedback and encourage you to share your thoughts. We ask that you be respectful of others and their points of view, refrain from personal attacks and stay on topic. To learn about our commenting policies and how we moderate, please read our Community Guidelines.