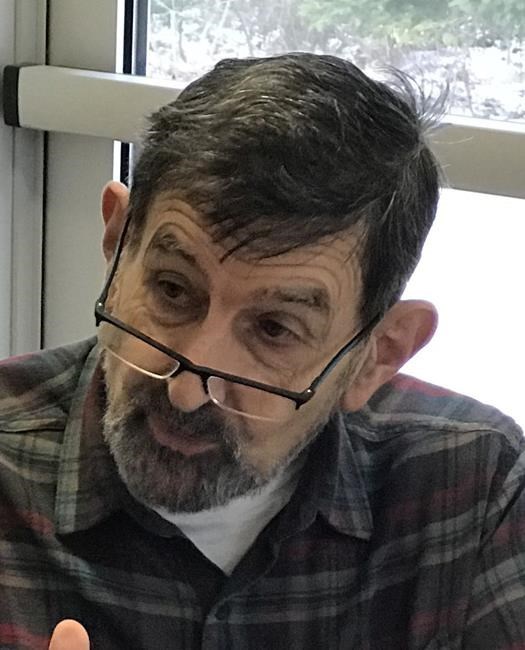 Rural health-care providers and small-town politicians are pleading with snowbirds and city-dwellers to stay at their primary homes during the COVID-19 pandemic rather than self-isolating in more remote locales and putting additional strain on a system that's already stretched to the limit.

Doctors practising far away from large urban centres say they're already grappling with serious shortages of testing kits, protective equipment and other tools necessary to battle the outbreak that's sickened thousands across the country and brought everyday life to a virtual standstill.

An influx of new arrivals into their small communities, they argue, risks taxing those limited resources even further while greatly increasing the risk of spreading the novel coronavirus among an especially vulnerable population.

"Here we are with facilities that cope reasonably well with 3,500 (people) suddenly facing a situation which, if it goes the way that the rest of the countries in the world seem to be going, could suddenly see us with a hopelessly inadequate supply of physicians, facilities, materials," said Dr. George Harpur, a family physician with a practice in Tobermory, Ont.

Harpur said many cottage-country communities, including his, have learned to ramp up staffing levels and services from hospitals to grocery stores during the summer months when affluent urban residents flock en masse to their secondary homes.

But those resources simply aren't in place at this time of year, he said, leaving communities poorly equipped to accommodate the early arrival of seasonal residents at the best of times. Add a global pandemic into the mix, he said, and the situation becomes dangerous for all.

A nursing home in the small Ontario town of Bobcaygeon, for instance, is currently home to the province's largest concentration of cases.

Two residents have died of COVID-19, which also sickened 14 staff members. After identifying three positive cases in the home, the top doctor at the Haliburton, Kawartha, Pine Ridge District Health Unit said no more tests were administered despite the fact that 35 additional residents developed symptoms. Dr. Lynn  Noseworthy said the decision, made because the virus was already confirmed on the premises, was in accordance with provincial guidelines.

Harpur said clinics in rural communities are poorly equipped to address the COVID-19 situation, adding health-care workers are scrounging masks and face shields from local businesses to try and address a pressing shortfall of protective equipment.

Testing kits, he added, are "virtually non-existent" in his practice and beyond.

"I don't know how many, if any, tests we've been able to do up here because we didn't have the swabs," he said.

"We have limited Health resources, especially ICU beds and ventilators," he said in a public Facebook post. "Not only do we want you to stay home, but we also want you to stay in your hometown. "

Harpur said the new arrivals pose a multi-faceted threat, since their recent sojourns in big cities and foreign countries make them more likely carriers of the coronavirus.

They also run a higher risk of infecting members of one of the most vulnerable demographics, he said, noting the year-round residents of towns like his often include a higher proportion of seniors.

Some local political leaders have also started appealing to city-dwellers and asking them to stay put as the pandemic runs its course.

"This is not summertime in Muskoka," Bracebridge, Ont., Mayor Graydon Smith said in a video posted to his Facebook page. "... The amount of care that can be provided in our small, community hospital is limited. We have a limited number of ICU beds, and some of those beds are full already."

Ontario Premier Doug Ford said he, too, is aware of the problem.

"I'm getting a tremendous amount of calls from mayors and wardens in municipalities throughout cottage country," he said. "... They're asking me, 'please, ask people not to come up to cottage country until we get through this.'"

Ford did not indicate when more testing materials would be available for smaller centres, but said businesses and governments alike are working to try and procure more personal protective gear for frontline staff.

Health Canada did not comment on provincial health-care systems, but repeated advice from the Canada Border Services Agency telling snowbirds to self-isolate immediately, without specifying where they should do so.

"House or cottage, it is important that you self-isolate ASAP," the department said in a statement.

This report by The Canadian Press was first published March 27, 2020.

Canadians seem OK with possibly being benched as playoff venue: survey
Jun 2, 2020 6:02 AM

Trump threatens military force and Snowbird crash investigation; In The News for June 2
Jun 2, 2020 5:56 AM
Comments
We welcome your feedback and encourage you to share your thoughts. We ask that you be respectful of others and their points of view, refrain from personal attacks and stay on topic. To learn about our commenting policies and how we moderate, please read our Community Guidelines.