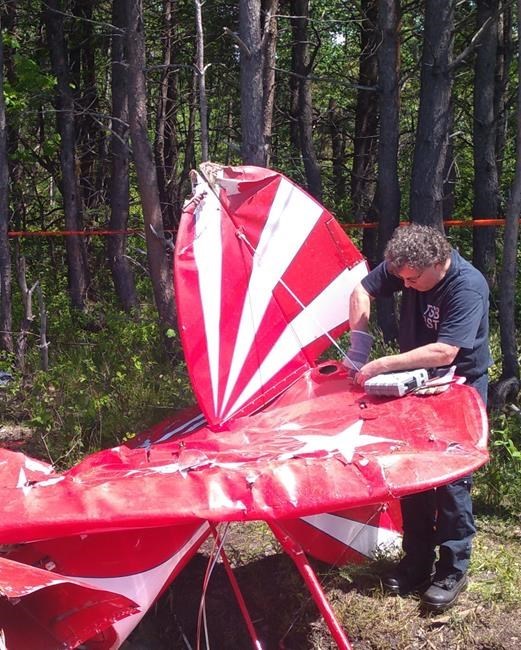 MONTREAL — The Transportation Safety Board says an amateur-built aircraft that crashed northeast of Quebec City last year with two people on board was doing aerobatic manoeuvres on the day of the crash.

The agency released its report today into the accident involving a Pitts S2E biplane that crashed shortly after takeoff at the Saint-Jean-Port-Joli Aerodrome on June 16, 2019.

The 22-year-old passenger was killed in the crash, while the 29-year-old pilot was seriously injured.

The TSB says there was nothing to indicate a defect in the aircraft or the engine, and it's unclear what caused the pilot to lose control.

It noted the plane's weight at the time of the occurrence was close to the 1,500-pound maximum authorized by Transport Canada, however it was over the permissible weight for aerobatics, which is 1,350 pounds. Despite this, the pilot conducted seven previous aerobatic flights over the course of the day without incident.

The report noted that while the pilot was experienced overall, he had little experience on the type of plane used in the crash.

"Pilots must remember that they are exposed to risks when they perform hazardous manoeuvres close to the ground—doing this may lead to a loss of control from which it is not possible to recover in time," the report concluded.

"Although the (Canadian Aviation Regulations) allow for aerobatic manoeuvres to be performed with one passenger on board, the requirements are minimal," it continued. "Consequently, pilots must take into consideration that these requirements may not be sufficient, even if the pilots have extensive overall flight experience."