'A huge moment for us': NHL exec. on players speaking out about social justice 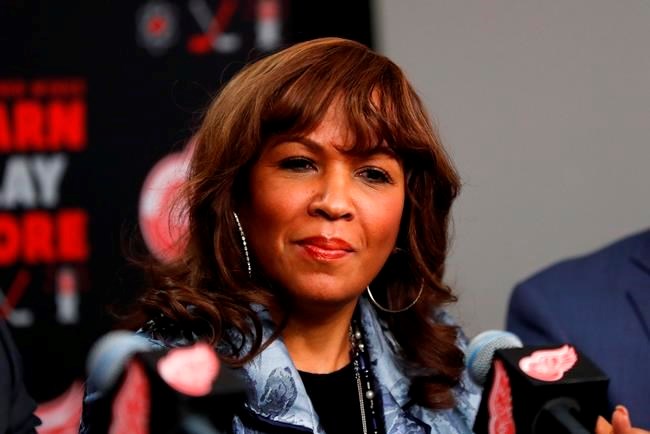 Kim Davis lists off a range of emotions.

They're the ones she's gone through since seeing the video of life slowly draining out of George Floyd's body as a white police officer buried a knee into the black man's neck for nearly nine minutes.

And the emotions experienced watching the protests across the United States that followed.

"Exhaustion ... encouraged, hopeful, optimistic," said the NHL's executive vice-president of social impact, growth initiatives and legislative affairs. "Exhausted, I think, because this is a moment (like) many moments that I've seen.

Anxious because Davis, who is black, hopes these front-of-mind conversations about racism, police brutality and social justice turn into action not only in society at large, but her sport.

Player after NHL player has posted to social media since Floyd's shocking death in Minneapolis on May 25.

It really started when San Jose's Evander Kane, who is black, spoke out and promptly garnered the public support of team owner Hasso Plattner. The tweets and videos continued from the likes of P.K. Subban, who is also black, and Auston Matthews, who is Latino American. Many of the game's white stars also joined, including Connor McDavid, Sidney Crosby, Alex Ovechkin, Jonathan Toews, Steven Stamkos and Braden Holtby.

Blake Wheeler spoke with reporters on a video conference call that lasted nearly 40 minutes, and any question about the NHL's plan to resume its pandemic-hit season this summer seemed wildly out of place.

Tyler Seguin marched with peaceful protesters in Dallas. Zdeno Chara did the same in Boston.

NBA and NFL players are no strangers to making their voices heard on social issues. Hockey, however, has been a different story — a sport where conforming, not ruffling feathers and keeping your head down has often been the rule.

"We know just culturally for our sport, that it has just not been our practice for players to speak up on almost any issue, but for sure social justice kinds of issues," said Davis, who added at least 110 NHLers have posted to social media. "I've had people comment all week that for our league to use race and Black Lives (Matter) in the same sentence is unprecedented.

"This is a huge moment for us, an appropriate moment, and I think it's going to take us yet to another level of opportunity and change."

Davis, who's been on the job with the NHL since 2017, wants to make sure of that.

Players have been more forceful in their words denouncing Floyd's death, while most teams, including some with strong ties to local police, have been more tepid.

But what comes next is what really matters.

"Whether you say 'Black Lives Matter' or you use George Floyd, that's great. But two weeks from now, two months from now, two years from now, what are you doing to change how we look at what we do and what we say and how we show up as a sport? That's what's important."

Davis said she's been in contact with numerous players about ideas for pushing the sport's diversity agenda forward.

"That's what I'm probably most encouraged by — the calls," she said. "Not everybody is going to tweet, not everybody's going to be comfortable using social media as the way they express their point of view with the current situation, but lots of ideas (are) bubbling up from players."

The ideas are also bubbling from a league perspective with regards to inclusivity in a traditionally white sport.

The NHL is in the process of getting its Executive Inclusion Council — which will take recommendations from separate committees of players, fans and youth — off the ground this summer.

Davis added that having the game's biggest names out front is crucial. Kane said in an interview with ESPN recently that players with Crosby's status needed to offer their voice.

"Everyone's hopeful and cautiously optimistic and positive," Davis said of the NHL's black players. "(Kane) wasn't calling Sid out. What he was saying was, 'Sid is so important and has got such influence in our sport that his voice and view will be seen as an important lever.'

"I think everybody is ready to take action."

Davis said she's received an "an unbelievable number of calls" from team officials she's never met, including one assistant general manager keen to set up a development program for minorities.

"This can't be done by Kim Davis alone or just by the league," she said. "We have to have those kinds of allies, those people that are in positions of power and influence that are going to step up.

"The (black) players ... feel very encouraged by the calls that they're receiving and the support they're getting."

But that wasn't necessarily the case back in the fall when former NHLer Akim Aliu, who is black, brought the issue of racism in hockey to the fore with his allegations against then-Calgary Flames head coach Bill Peters from their time together in the minors a decade ago.

So what's changed with Floyd's death, and those of Ahmaud Arbery — the black jogger shot and killed in Georgia — and Breonna Taylor, who was gunned down in her home by Louisville police?

"This has been like a perfect storm," Davis said. "We've got the natural pause of the COVID pandemic, and people are listening more. They have the time to listen. So while these things have been happening for a long time, the COVID pandemic has brought to light, for many, the racial pandemic.

"To stop and witness for nine minutes, somebody's knee on someone's neck and to watch the life be taken out of them ... that's your humanity (telling) you there's something very wrong.

This report by The Canadian Press was first published June 6, 2020.