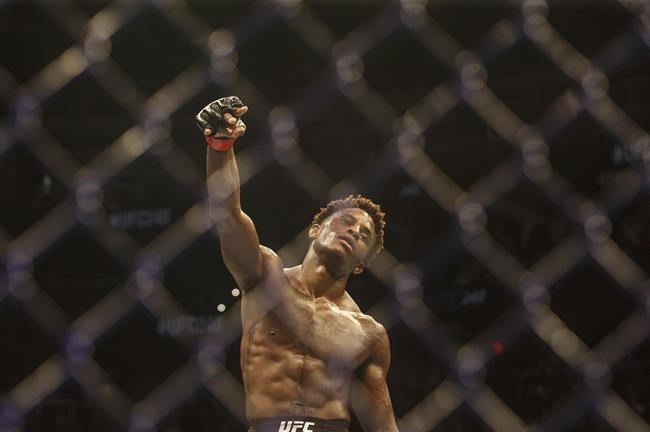 TORONTO — Calgary featherweight (Mean) Hakeem Dawodu will be looking for his sixth straight UFC win when he takes on unbeaten Russian Movsar Evloev at UFC 263 on June 12.

The 29-year-old Dawodu was slated to face Shane Burgos on Jan. 23 at UFC 257 but had to pull out with a shoulder injury.

Dawodu has been on a roll since losing his UFC debut by first-round submission to Danny (The Hatchet) Henry in March 2018. He is coming off a split-decision victory over Zubaira (Warrior) Tukhugov at UFC 253 last September.

The 27-year-old Evloev has won all four of his UFC outings, mist recently earning a split decision over veteran Nik (The Carny) Lentz at UFC 257.

This report by The Canadian Press was first published May 4, 2021.