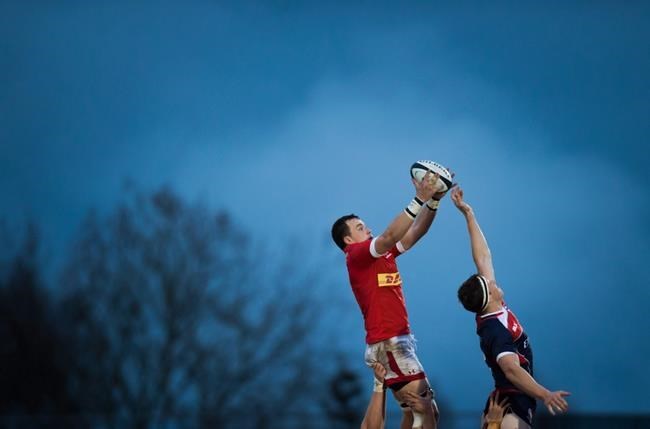 The 23-year-old lock from Stittsvlle, Ont., played all five games for expansion Rugby ATL this year before the MLR suspended play due to the global pandemic.

"We saw Conor beginning to grow into his own during the 2020 season and we believe he has tremendous upside for both Rugby ATL and Rugby Canada," Atlanta head coach Scott Lawrence said in a statement.

Keys, a six-foot-six 240-pounder, has won 18 caps for Canada including starts against Italy and New Zealand at the 2019 World Cup in Japan.

Confluence of events prompted Jack Rathbone to sign with Vancouver Canucks
Jul 15, 2020 7:09 PM
Comments
We welcome your feedback and encourage you to share your thoughts. We ask that you be respectful of others and their points of view, refrain from personal attacks and stay on topic. To learn about our commenting policies and how we moderate, please read our Community Guidelines.