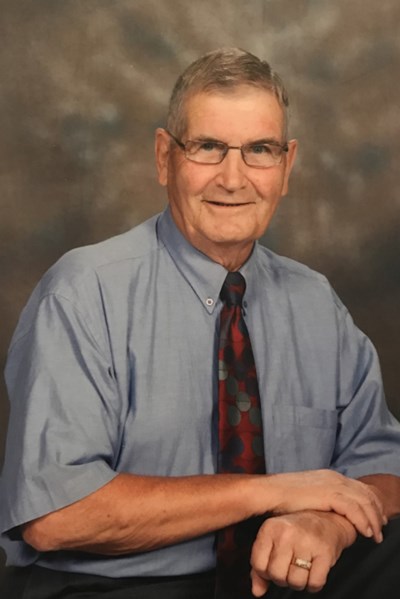 Kirke passed away peacefully at the Athabasca Extendicare at the age of 86.

Kirke was born in Athabasca, AB to Marvyn and Dorothy Fertig. He was raised on the family farm southeast of Colinton with his older brother Wayne and younger brother Warraen. Kirke married Sophie Beida on April 11, 1953.

Kirke and Sophie purchased his in-law's (Andrew and Antonina Beida) farm in the fall of 1963, where they proudly built their life and raised their family.

Kirke had a mixed farming operation and worked on the oil rigs in the winter. In his later years, he raised pure bred Charolais cattle (Shady Lane Charolais). He also sold livestock trailers and seed for Prairie Seeds. He retired in 1988 after the passing of his wife Sophie and soon after dispersed his cattle, sold the farm, and moved to Athabasca.

He enjoyed his retirement years working with Darwyn at Athabasca Video, volunteering for the Athabasca and Colinton Seniors Clubs, and belonged to the Athabasca Healthcare Auxiliary Association. He also enjoyed golfing, travelling, bowling, playing cards and loved to dance. He always welcmed a good debate with his coffee shop buddies.

As per Kirke's wishes, a private family service was held May 25, 2021. Cremation has taken place and interment will follow at a later date.

Donations in memory can be made to the Athabasca Healthcare Auxiliary Association, Road to Hope, or a charity of one's choice.