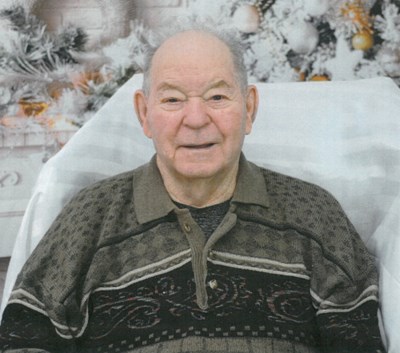 It is with sad hearts and wonderful memories that we announce the passing of Jack Hornsby. Jack passed away peacefully at the age of 84 years.

Jack was a man of many interests. First and foremost Jack was a farmer who loved life on the farm with his family. He enjoyed running a mixed farming operation in Tiger Lily, AB. Jack excelled as an athlete. He was a Golden Glove Champion boxer who was able to take home the title. Jack also loved baseball, curling, and hockey. All of these activities kept him and Jeannette up to date with his many friends in the community as well as all of the news! He was a well-known hunter and loved guiding many Americans with his guiding service on trips north of the Athabasca River. Family was everything to Jack. His family often referred to him as their “rock” as he was always there to support them in whichever way that he could. Jack loved to coach his son Darrin in both hockey and baseball. He was an avid fan of his children, grandchildren and great-grandchildren who also share his love of sports. We know he will continue to always root for them with Jeannette from the stands in Heaven. He will be sorely missed, not only by his family but also by his many friends and acquaintances.

We would like to extend our heartfelt thanks to the outstanding staff of the Mayerthorpe Extendicare.