Three Blazers teams took to the ice this year, with the pee wees earning first place in their tier
Apr 27, 2020 5:45 PM By: Chris Zwick 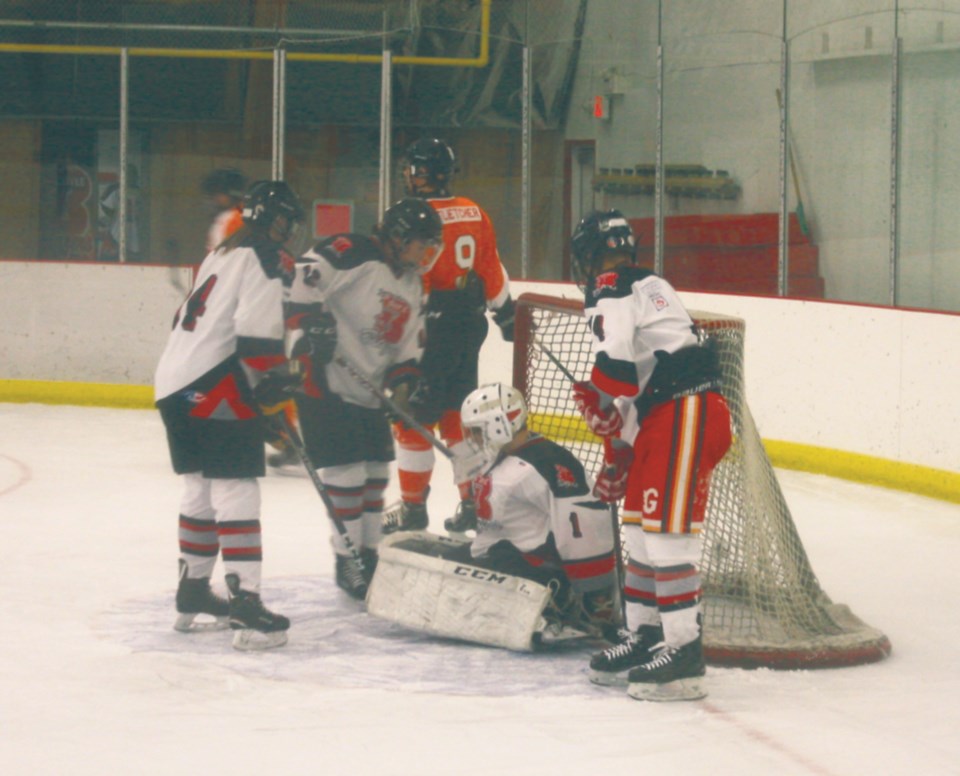 The Boyle Minor Hockey Association put three teams on the ice for the 2019-2020 season — atoms, pee wees and midgets — with the pee wee Blazers capturing first place in their tier, but bowing out in the first round of the NEAHL playoffs.

BOYLE - The suspension of the 2019-2020 hockey season has been taking its toll on hockey fans and players across the nation, with nothing but lingering memories and thoughts of what might have been.

It’s the same in Boyle, where the Boyle Minor Hockey Association put three teams on the ice to play in the North Eastern Alberta Hockey League — atoms, pee wees and midgets.

It was a good season all around for all three teams, as they all racked up wins, scored some goals and more importantly gained some experience they can take into the next season. The Tier 4 Blazers though, had a season to remember, sporting a 13-3-2 record headed into the NEAHL playoffs in first place in their tier.

“We had a really good year actually,” said pee wee coach and association vice-president Dan Maloney. “We had a good performance from all of the teams this year.”

First year pee wee Brody Maloney, Dan’s son, led the way for the Blazers team, scoring 39 goals and 22 assists in just 18 games. While the hockey future looks bright for the younger Maloney, at 11, he is still content to play with his friends in Boyle, said Dan.

“The whole team played great together and they’re a really close bunch of kids. They go to school together and everything so he has kind of a hard time saying he would like to go play somewhere else.”

The pee wees took that impressive season record into the first round of the playoffs where they faced off against Drayton Valley, losing by one goal 6-5 in Game 3 of the best-of-three series.

As for the Tier 4 midget Blazers, they finished their season with a 4-11-1 record and a notable 536 penalty minutes. Grayson Dion was the team’s scoring leader with 27 goals and five assists.

“There are some kids at the midget level that like to play hockey, but they like the rough stuff too, so the discipline wasn’t very good this year,” said Maloney.

The atom Blazers moved up into Tier 3 this season and spent some time at the beginning of the season adjusting, said Maloney, but they still posted a 4-11-1 record. Brayden Wellon led team scoring with 55 goals and 12 assists in 16 games.

“They struggled, but they had a lot of novice kids they had to bring up to make that team and they still did pretty well for the team they had, and a new goaltender that just put pads on,” said Maloney.