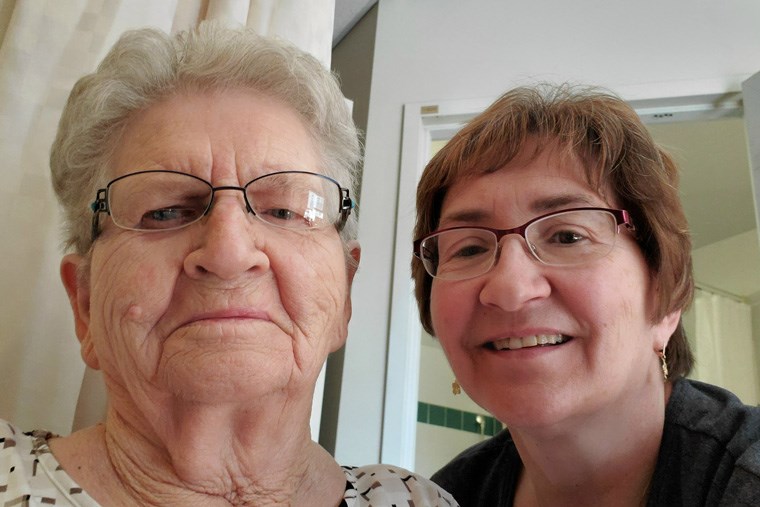 Congratulations to the winner of the World Men's Curling Championship 50/50 Raffle for Monday, April 5, 2021

Teams are bringing their A-game and getting down to the business end of the week at the BKT Tires & OK Tire 2021 World Men’s Curling Championship, presented by New Holland. Both the exciting triumphs and crushing disappointments are felt by curling fans as they delight in watching their favorite athletes compete on the world stage. Team Canada’s Brendan Bottcher has some lucky Connor McDavid socks on today, so here’s to them bringing some good luck in their direction. Curling Alberta’s 50/50 raffle is also generating some excitement, especially for one lucky fan. Congratulations to Gayle Buckel and Pauline Klewchuk, for winning Monday’s big cash prize of $3,975.

“It’s so exciting,” said Gayle. “When I got the call, I just had goosebumps all the way down my legs.”

Gayle is splitting the prize with her 97-year-old mom, Pauline, who she has been visiting at a senior’s home in Calgary. Over the last week, their days have been spent with a mixture of playing cards, watching the Blue Jays and curling. To make sure they catch every game, they flip between watching Team Canada on TSN and the other teams on the World Curling Federation’s YouTube channel, which led them to purchase their winning 50/50 ticket.

When she isn’t spending time with her Mom, Gayle operates a small jewelry and giftware store in Spruce Grove, walks, reads, and curls out of the Westridge Curling Club in Stony Plain.

Curling is very much in Gayle’s blood and her mother has been an avid curler all her life. “We come from a large family and we started out with a toe tuck slide in good old Manitoba, of course,” said Gayle. “There are 10 kids and all of us have curled at one point or another.”

Marlene Pieper is the winner of Monday’s Early Bird Prize for a Team Canada jersey signed by all members of the team and a $150 Guusto e-gift card. Congratulations, Marlene!

Thank you, Gayle, Pauline, Marlene, and to fans across the province for continually rising to the occasion in support of grassroots curling through the purchase of 50/50 tickets. Every single ticket sold helps to create a lasting legacy for our sport and directly benefits community curling centres in Alberta.

Those tickets purchased prior to 2:30 PM MST will also be entered into an Early Bird draw for a signed Team Canada jersey and a $150 Guusto e- gift card. (LL#570518)

SPONSORED CONTENT: This content is made possible by our Sponsor; it was produced by GWM Content Studio, Great West Media's commercial content division, on behalf of Curling Alberta. It is not written by and does not necessarily reflect the views of the editorial staff.