Acquiring a post-secondary education is a time-consuming commitment and major decision for anyone. However, there’s even more on the line when you’re a 25-year-old with a full-time job and three small children to take care of in the evening.

Acquiring a post-secondary education is a time-consuming commitment and major decision for anyone.

However, there’s even more on the line when you’re a 25-year-old with a full-time job and three small children to take care of in the evening.

This is the adverse situation Morinville’s Meagan Taylor finds herself in – and she couldn’t be happier about it.

“I wanted to show my kids that it’s never too late to go back,” Taylor said. “I’ve never actually gone to college before, so now I’m going back and I wanted to show them that I can do it as a mom while I’m working.”

Taylor is the office administrator for St. John Ambulance and is currently taking business administration online through NAIT.

“I wanted to just better myself as an employee, and there’s no replacement for good education.”

In December 2018, Taylor was informed she was the winner of the St. Albert Gazette’s Guide to Education Tuition Contest. The prize was $1,000 towards her tuition.

“I cried when (the Gazette) called,” Taylor said. “It made a huge difference. We’re quite young still, but we’ve got three kids and I was just coming off of mat leave.”

Taylor has three children, Dominik (5), Jackson (2) and Natalie (1), and she says the biggest challenge is finding a balance between school, work and home life.

“For her to be making the time and the effort to go back to school is fantastic,” Taylor’s husband, Damon, said. “She’s the backbone of my family.”

“She’s wanted to do it for a long time and it was just timing,” he added.

Taylor says she’s happy she waited to go back to school because she has a better understanding of what she wants now that she’s older.

“If I’d gone right after high school, I don’t think I would have taken what I wanted to do,” she said. “I absolutely I love my job, so doing this in school just makes me feel like I’m that much more confident in what I’m doing.”

Taylor was on maternity leave when she began her studies at NAIT, and not having the added stress of working helped with the transition back into being a student.

“I was able to focus a little bit more on school and getting back into that mindset, because it is challenging,” she said. “I absolutely fell in love with it and I found I picked it back up fairly quickly.” 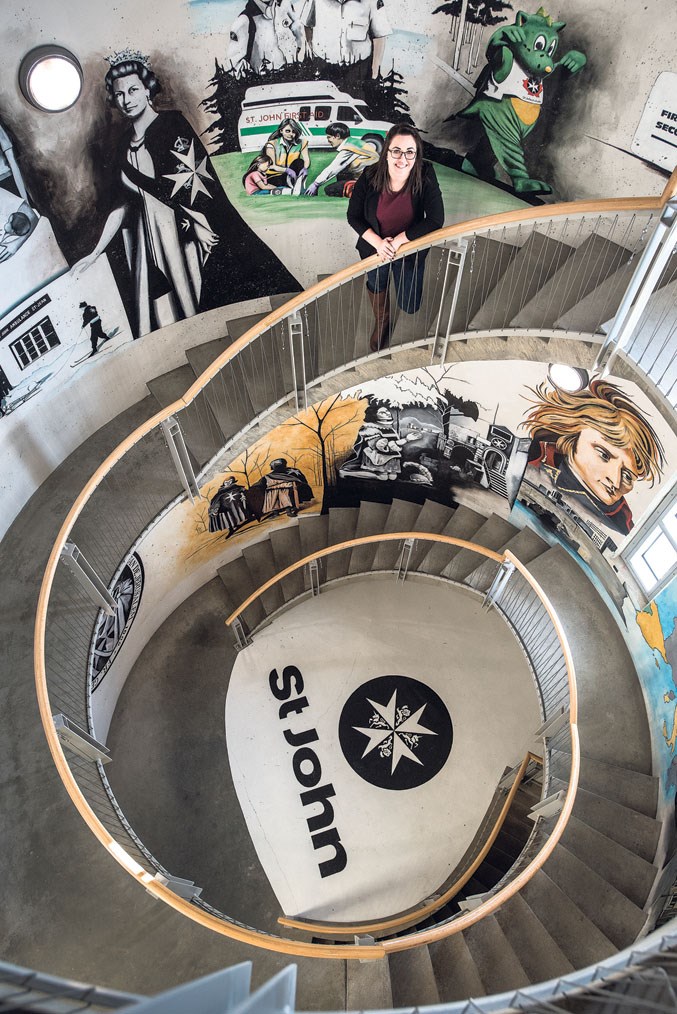 Taylor has no plans to leave St. John Ambulance when she’s done her education. She says she likes working for an organization that makes a difference in the community.

“This is my way of giving back and helping people help others,” she said. “I’m going to just apply everything I’ve been learning here in my current position and hopefully it takes me up.”

An added motivation to do well in school is the desire to be the type of person she looks up to. She says seeing other women do great things is an inspiration.

“There’s definitely been a few people in my life that just inspire me to work harder, and they’re all women,” she said. “One of them manages a locally owned business that got fairly big, and another one is our provincial manager, and just seeing how much of a difference they can make, I want to be like that.”

“I want to be somebody who someone like me will look up to one day.”