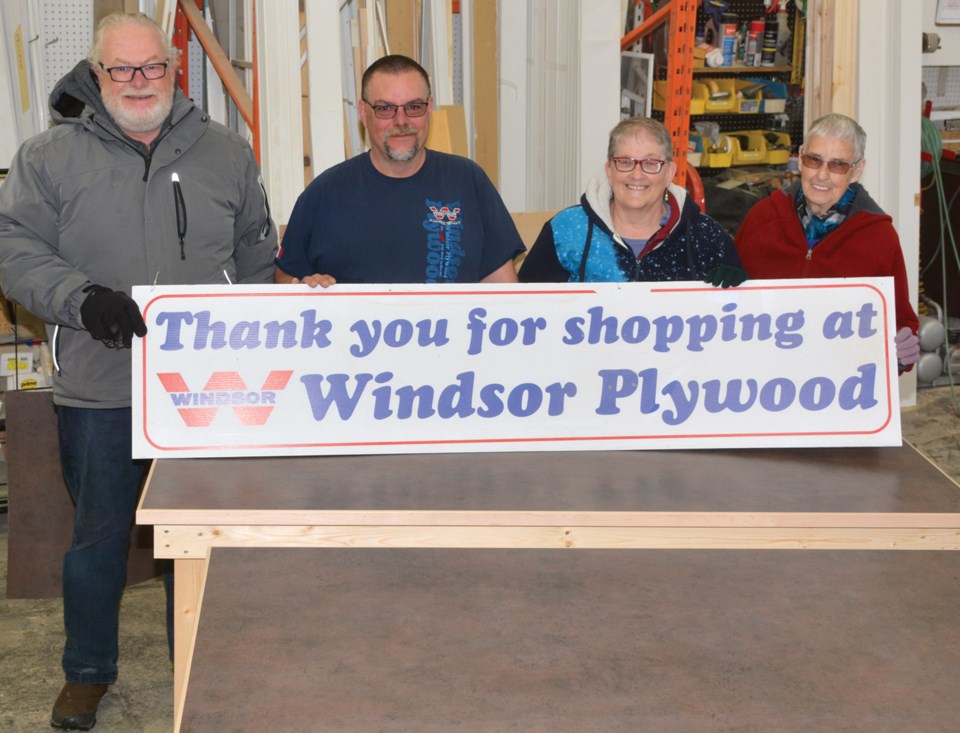 WESTLOCK - The Westlock Food Bank is putting out an urgent call for donations as its supplies are dwindling.

“We were at the grocery stores today, and apparently the trucks aren’t coming in (as usual) so we had to kind of scrounge around to get enough fresh goods like eggs and milk and bread and things like that so we could open up,” she said March 16.

Food donations can be brought to the food bank at Memorial Hall on most days except Tuesday, when they are open for pick up by those who use the service, Kennedy said.

“Thursdays are best,” she added, but goods can also be dropped off Mondays as well. She said people can call her at 780-349-4404 and leave a message so that she can call back to arrange for the delivery of goods.

In the new reality of the coronavirus pandemic, Kennedy said clients to the food bank now hand in a number at the door, and volunteers prepare a hamper and hand it back out through the door, rather than have them come right in, as they have in the past.

“Giant Tiger has generously donated Ziploc bags to us, and we put the hampers in them and hand them out to the clients,” Kennedy said.

But she is also worried about the near future, given the difficulty in obtaining supplies.

“If we can’t get enough food and we can’t fill our shelves, we may have to close,” Kennedy said.

And that would be devastating to those who depend on the food bank.

Currently, Kennedy said they provide food for anywhere from 60 to 120 people per week via 25 to 40 hampers.

The news wasn’t entirely gloomy though, as the food bank received a pair of new tables to replace the old and shaky one being used to place produce on when people came in to the food bank Tuesdays.

Don Scott, a volunteer with the food bank, took some measurements and approached Windsor Plywood for a quote for replacement tables.

Kennedy said they were willing to pay for the tables, but were told by Windsor Plywood staff, “You know what, we have some scrap lumber here; we’ll build the two tables for you and we’ll donate them.”

The tables, built from “scrap lumber,” are very well built.

Windsor Plywood’s Gerald Adams told the Westlock News he perhaps tends to overbuild, but he builds once, and builds to last, which is exactly what he did with these tables.

The tables were picked up at Windsor Plywood March 16 and in service at the food bank the following day.

MLA weighs in on COVID-19 developments
Mar 29, 2020 3:25 PM
Comments
We welcome your feedback and encourage you to share your thoughts on this story. We ask that you be respectful of others and their points of view, refrain from personal attacks and stay on topic. To learn about our commenting policies and how we moderate, please read our Community Guidelines.