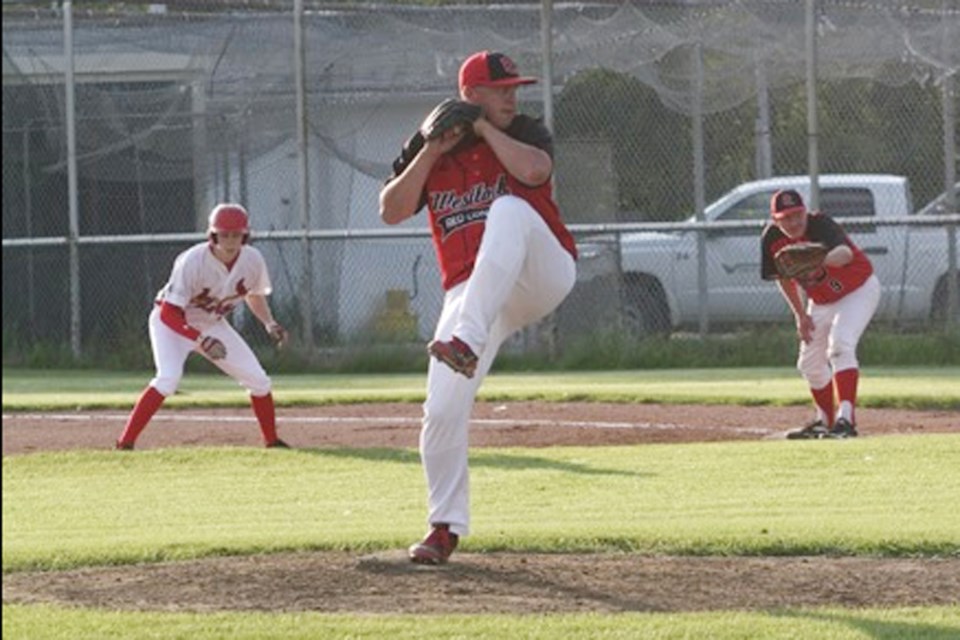 Baseball is back in, as the Westlock Red Lions are currently in the midst of an eight-game mini-season. After delaying the start of the season due to the COVID-19 pandemic, the North Central Alberta Baseball League (NCABL) opted to push forward with a lighter schedule of play that will see six teams in two pools battle it out to see who moves on to the post-season in September. The Red Lions have played two games as of today’s publication date and are scheduled to host their first home game this Thursday, July 30, at 7:15 p.m.

WESTLOCK — After prolonging the start of the 2020 season due to the COVID-19 pandemic, the North Central Alberta Baseball League (NCABL) is pressing forward with a mini-season that will feature four teams, with one of them being the Westlock Red Lions.

In an update posted to the NCABL website (www.ncabl.ab.ca), it states the board of governors worked together as a team to salvage the 53rd consecutive regular season of play.

There are now two pools of teams. In one pool, the Westlock Red Lions, the Parkland Twins and the Fort Saskatchewan Red Reds will battle it out, with two clubs emerging to compete in the post-season.

The other pool will have the Edmonton Athletics, Sherwood Park Athletics and Edmonton Primeaus fighting it out to move on to the post-season.

After a two-week hiatus, there will be two best-of-three cross-over semi-final series to determine who will face off for the NCABL championship.

“If all bodes well, there will be baseball played in the NCABL well into the month of September,” the website notes.

This mini-season kicked off on July 15 with the Westlock Red Lions downing the Fort Saskatchewan Reds 6-0.

Westlock then went on to play an away game with the Parkland Twins that ended 6-4 in the Red Lions’ favour. Notably, the team held off a seventh inning rally by the Twins to hold on to victory.

After playing another away game versus Fort Saskatchewan on Wednesday, July 29, the Red Lions will host their first home game against the Parkland Twins on Thursday, July 30. The game is scheduled to start at 7:15 p.m.

It should be noted that due to the short season, the league will not be presenting any individual awards or keeping any regular season statistics, and there will be no NCABL All-Star Game.

Who will benefit from proposed assessment model change?
Aug 4, 2020 6:30 AM
Comments
We welcome your feedback and encourage you to share your thoughts. We ask that you be respectful of others and their points of view, refrain from personal attacks and stay on topic. To learn about our commenting policies and how we moderate, please read our Community Guidelines.