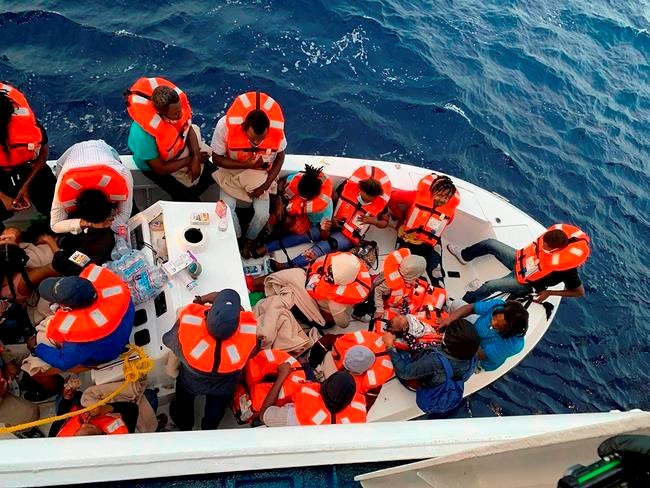 It was not immediately clear why the smaller boat came under distress, but its passengers were taken on board the Carnival Sensation when the boat started taking on water. They were given life jackets, food, water and blankets.

The Miami Herald said the passengers were later transferred to the U.S. Coast Guard.

The cruise ship was in international waters 37 miles off the coast of Palm Beach when it came upon the struggling boat, whose passengers were of various nationalities, cruise line officials said. They were evaluated and quarantined from the crew.

Carnival cruise ships aren't yet in service and had no guests on board when it came to the smaller boat's aid.

Illinois judge OKs extradition of Rittenhouse to Wisconsin
Oct 30, 2020 3:32 PM
Judge cites Trump tweets in restricting feds at protests
Oct 30, 2020 3:05 PM
Comments
We welcome your feedback and encourage you to share your thoughts. We ask that you be respectful of others and their points of view, refrain from personal attacks and stay on topic. To learn about our commenting policies and how we moderate, please read our Community Guidelines.